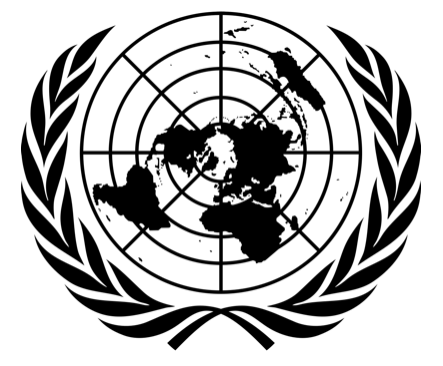 If you are one of the increasing numbers of people who think you’ve found something in this theory that puts you in an elite class of people who are “in the know” about NASA, about the “geocentric vs heliocentric” models of the universe, then we might have a lot in common.

But I don’t believe in a flat Earth.

Now, before you run away or write me off, let me see if I can hold your interest long enough to convince you stick around so I can explain why.

We probably agree on much. Let’s try a list.

You might be with me on the idea that well could be a handful of men (maybe 10 to 12 guys) who sit at the top and manipulate things from the top down. And in the food chain, the presidents and prime ministers aren’t at the top of the chain.

Now, I will tell you I probably don’t see that working out in real life with 100% precision. For instance, I know from one of the guys (Lindsey Williams) who worked with some of these power-and-control guys that they don’t always get what they want.

You see, Lindsey was told by one of these guys back before the 2008 election that these guys wanted John McCain to win. But he didn’t. So I’m with you that there are the guys at the top. I just know it doesn’t always work out the way they want.

They are evil, and typically in pacts with the devil. But God is in charge and the devil doesn’t know what God is going to do next.

Aliens. Do you believe they’re demonic and not extra-terrestrial? Me too.

I’m working on developing info on all this stuff. But my point here, right now, is to let you know that I’m on your side as far as some of this stuff goes.

So, having said that, let me explain why….

I don’t believe the Earth is flat.

First of all, let me point you to some links to some other articles I’ve written about this topic. And I don’t want to be insulting to anyone. But I do realize my tone might be a little “sarcastic” at times. These posts were written in some of those times.

But look at these:

I am probably with you on all the other stuff.

I will probably delve into this a little more in days to come. But if you have questions, feel free to ask. If you think you’ve “found the light” and I’m missing it, I get that. But I don’t have time to answer every email with a video link.

Sorry. I will try if it seems to make sense. But I’ve been through this for so much now that I find it tiring how often someone will send me a link to a video, thinking if I just watched this video, all of a sudden the smoke would clear and poof! I’d be convinced.

The irony I’ve always seen is that if the guys who make these videos had half as much awareness of the science behind the spherical earth model as they do the technology to make the videos, they’d never make the videos.

I get all the theories about the Pope, about 9/11, about aliens and how they’re probably extra-dimensional (demonic) as opposed to inter-planetary critters and all that.

So let me now ask you: if I’m with you on all the other stuff and yet I’ve investigated this and found it falls down, do you think you’re open to an alternative view?