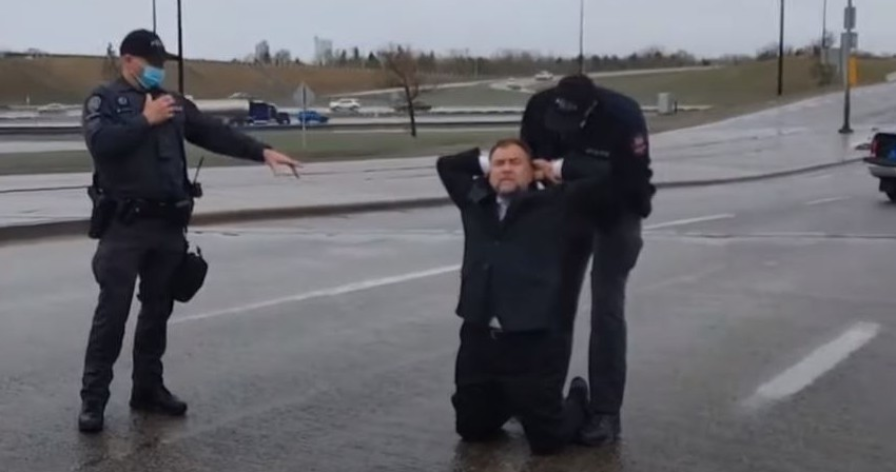 After having heard his testimony, I am infuriated to discover why Pastor Artur Pawlowski was arrested on a Calgary Highway. It’s despicable and cowardly on behalf of the Alberta law enforcement and they need to held accountable for this draconian overreach.

Now, if you’ve read my site for any time now, you know I’m rather strongly “anti-mask” and anti-lockdown.

If you know who I’m referring to, you can hear his side of the story in the video at the bottom of the post. But if you don’t know who he is, enjoy the first video and then when you see the second one, and wonder why pastor Artur was arrested in the middle of a Calgary highway, you can hear him describe the situation in his own words.

This man has been treated worse by the Calgary police than many people are treated in prison in some communist countries.

You probably know the guy I’m referring to, even if you don’t know his name. He’s the guy who has become somewhat of a Canadian Hero for demanding the police leave his church. If you haven’t seen this, please watch. It explains why he is a hero to many and also why he may be the target of the police.

Anyone following the news on Pastor Pawlowski knows that he has been getting his share of harassment from the Calgary Police department.

But THIS??? Arrested in THE MIDDLE OF A HIGHWAY?

Supposedly, the arrest was for “contempt of court.”

The real problem for the authorities is they KNOW they have no rights to do anything to stop this guy. And this is the burr under their saddle.

You see, Canada has been handing out fines right and left for these gatherings, for people refusing to quarantine when returning to Canada from abroad, for not limiting the sizes of social gatherings and all kinds of other stuff.

And this guy is really getting to them.

But WHY the arrest in the MIDDLE OF THE HIGHWAY?

Well, this is the most infuriating part. You can hear his testimony in his own words in the video below. But the quick answer is this.

One Sunday, pastor Pawlowski left his church doors open. The police came by, but have never been successful in issuing him tickets, or getting him to comply, or to get him to shut up.

So they come by on a Sunday, DROP A CITATION OFF ON THE PORCH that says he is supposed to appear in court. And then later, when he didn’t “comply” with this court order that HE NEVER ACTUALLY RECEIVED, they arrested him for “contempt of court.”

When the police are on the right side of the law, they don’t have to set up false pretenses to arrest people. This is so blatantly obvious it makes me want to scream.

Hear him, in his own words.,

If you’re Canadian, you need to write, call, protest, support the protestors and those who are opposing these unlawful lockdowns.

Not only was he arrested, he was left to lie on a concrete floor for 24 hours and denied access to his legal representation.

These people are underhanded and need to be reeled in.

This has to stop.