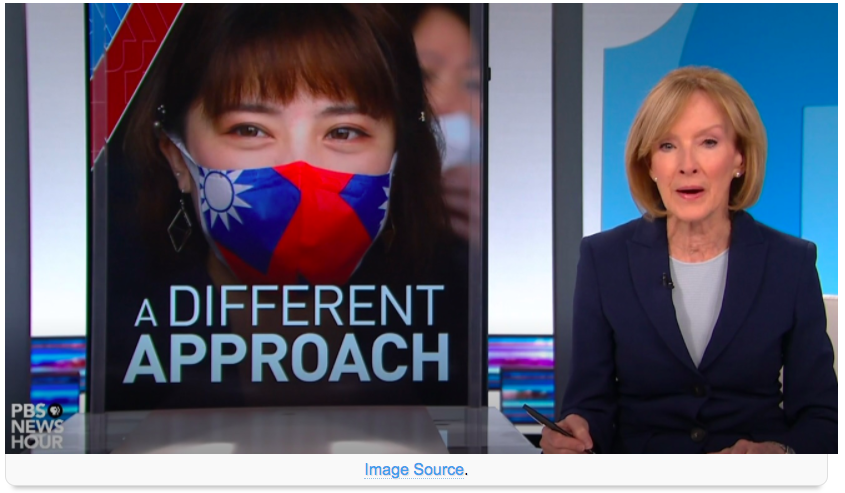 Some thoughts for my critics who don't think I'm taking the Coronavirus crisis seriously.

And it got me to thinking, "what does taking it seriously really mean?"

Taking it seriously and taking it at face value are two different things.

I wish some people could take a step back and learn to look at things objectively for a bit instead of just gaging my seriousness about it by the amount of fear and caution I have over this virus.

I take the issue of the Coronavirus quite seriously. People die from it. Mostly older people or people with pre-existing conditions. But yeah. People die.

Worldwide, there are tens of thousands of deaths resulting from this virus. We all know that.

You want to see serious? Take a look at this video of what this horrible disease can do to someone's lungs. See what Coronavirus does to the lungs

Ok. Does everybody get the point? Good.

Because I don't want anyone to miss the fact that I know this is a terrible disease if you're one of the people to be affected by it.

But here is the part that - excuse me - pisses me off.

People seem to equate the idea of "taking Coronavirus seriously" with taking every possible precaution and doing everything possible to not let ANYONE get this disease, no matter what.​

Without being irreverent or disrespectful to the people who attack me or look at me with disdain when I wander out in public (whatever remnants of "public" I can find these days at the drug store and the grocery isle) let me say that I don't want to make anyone feel like I'm not taking THEM seriously.

I understand people are scared and cautious. I understand that and I don't want to belittle anyone's feelings.

But there was a guy at the drug store line yesterday who ripped the face off the lady behind him for not keeping six feet away from him. She was about four feet. But for him, it wasn't good enough.

The point for him was that this lady behind him wasn't paying attention to the rules; she wasn't taking it "seriously." He said to her, "there's an old expression that says better to be 6 feet apart than 6 feet under."

Now honestly, I'd not heard that ancient expression before. It sounds like an expression that hadn't yet reached its first birthday.

But anyway, what I said to the the guy in response was,

... that you don't seem to be wearing right now.

It seems he maybe didn't think masks were necessary. I guess.

I don't know how seriously this guy was taking the Coronavirus scare. But concerned enough to bark at the lady behind him because he thought she wasn't taking it seriously.

But the incongruity of a guy who is bothered enough by a lack of social distancing to yell at someone about it but not bothered enough to wear a mask recommended by the same people who insisted on all those "six-foot-apart" stickers on the floors maybe isn't so concerned as he is annoyed that OTHER people aren't obeying the same rules he has to obey.

But the fact of the matter is the spacing and the masks aren't the only things to consider here.

The effects of the disease aren't the only considerations here if you want to take the Coronavirus issue "seriously."

If you want to take this (or ANY) issue "seriously," you need to evaluate all the evidence that is being presented.

Again, I don't want to be irreverent. If there is a real terrorist threat, we need to send in the military.

But if Godzilla is on the roof of your local city hall, you need to do a SERIOUS evaluation of the facts to see if, in fact, Godzilla is real, after all.

And if he is, you need to call in the military for that, too.

Seriously. If Godzilla is real, then he poses a real threat. But if you're going to call in the military because he MIGHT be real, you sure better do your homework (ESPECIALLY if you're the guy in charge) BEFORE you send cannons blazing.

I think you get the point.

Ya see, those real canons do a lot of collateral damage, whether Godzilla is real or imagined.

The problem is there is mounting data to prove that the original models were way overblown.

We had some pretty serious and highly credentialed people seeing this current round of "Covid Godzilla" as a clear and present danger.

This isn't a game of poker. People's lives are at stake. And the original models predicted a threat potential of MILLIONS of lives being lost to this horrible disease.

But the problem with that scenario is that there is ever-mounting evidence that the original models were seriously flawed. There have been numerous studies by some very "serious" organizations like the USC Berkley that have determined that potentially as much as 20% of the country's population has been infected by this virus already.

By the way: Taiwan didn't play the "lockdown game." And they're not any further in the hole than us.

Take a look at this article, below. Click on the picture to link to the article. If you understand math, you realize that if you want to find the odds on something, you need the top AND the bottom numbers of the fraction to figure out the ratios - the odds - of anything happening - like the odds of having a serious illness from this virus.

The original models didn't have that "bottom number" because mass testing hadn't been done yet.

But they're doing mass testing now. And the models were wrong - by MAGNITUDES of error.

Taking any issue seriously - including the issue of Covid-19 and what the odds are of getting it means looking at the real data and taking the train where it takes you.​

THIS GUY below is a doctor who runs a clinic that now has compiled fairly extensive amounts of data from his own labs and from data he has collected from other ER doctors nationwide.

This is a long video; but if you want to get a good feel for the REAL math, please watch this. I know emotions run high. We tend to think with our emotions sometimes. And some of my critics think they have an "inside scoop" on the data. They work in the hospital in some city somewhere and it's tough. I get that.

And If your wife or mother or daughter-in-law has been up all night taking care of dying patients in the ICU, you maybe have more of a pulse on what is happening in your city.

YOUR EMOTIONAL attachment to any part of this picture doesn't qualify you to be the decider of what the STATISTICS ultimately mean.

No one can compete with YOUR personal experience. But YOUR PERSONAL experience does not get to dictate what the overall statistical picture looks like. It doesn't.

Sorry. But with all due respect, it just doesn't. I don't care about emotion here, compared to the hard realities that result on either side - whether the statistics dictate that we all need to be in lockdown FOREVER, or if they show an entirely different picture.

If you want to take this "seriously," you also need to be willing to take serious steps in the direction that the data points. And the data is ever-increasingly pointing to the reality that it is no longer prudent to keep people locked up and paralyze the economy forever based on data that was projected from models that are more and more being shown to be SERIOUSLY FLAWED.

If you want to take this seriously, you ALSO need to take the context and the overall picture seriously.

Context and statistics are "all that" in this discussion.

If some bizarre disease occurred because of some chemical spill in some chemical factory in the middle of the fields in Idaho and three people died from it, that would be tragic. But it would never result in a shutdown to the economy.

If a disease breaks out in the middle of the fields of Idaho (or Wuhan, or wherever) that looks like it killed three people, that's an entirely different deal. And if it looks like, a few days later, there are 20 people who died from it, then hell's bells, lets lock down EVERYTHING until this thing doesn't move anymore.

Shutting down the world to save the millions of lives that were projected to be lost due to preliminary models appeared wise and necessary.

But if - IF - the disease spreads like wildfire but it looks like 99.9 percent of the population turn out to have had it and didn't even know they did, and it went away? Was it worth the lockdown?

For a day? Maybe? For three months? The point is you have to look at the whole picture, the whole fraction, the WHOLE package and weigh it in the balance.

It's time to take the REST of the situation "seriously."

If you bothered to watch the video that I linked to above from the doctor who talked about the statistics, you'll already be aware of some of the real collateral damage that is occurring due to this extended lockdown of people in their homes, apartments, care facilities and the like - without normal human interaction and the ability to get out and blow off steam.

The number of suicides is up; the number of spousal abuse and child abuse cases is up. These effects have lasting repercussions.

That doesn't even START to deal with the real and lasting economic impact that this worldwide lockdown is having on the economy. Those shutdowns are affecting jobs and people's abilities to buy groceries and pay their heating and electric bills.

People are losing their homes and savings. Major industries are bleeding money onto the ground and it seems some of the people out there who listen to nothing but the WHO and CNN don't really believe there even is another side to this. They just don't seem to even consider the possibility that the models might have been proven wrong.

And if the models have been overblown, and people are affected by this disease in magnitudes of numbers LESS than originally thought, then taking it seriously also means seriously course-correcting when we've missed it and admitting it's time to take another approach - that getting the world back to normal  is now the MORE serious issue here.

It's also time to drop the hubris that leads you to assume if I don't see it like you do, I'm not taking the Coronavirus seriously.

I get SO TIRED of people who have such an arrogance as to think that anyone who does not agree with where THEY are at on this issue has simply not looked into it.

I find that many people who attack my take on this thing as being overblown are not even aware that there are studies out there that increasingly show it IS overblown and it's time to change direction here.

I take this issue of Coronavirus very seriously. I always did. But I'm also open to the idea that serious consideration of the FACTS is pointing to a change in direction here. We need to START GETTING PEOPLE BACK TO WORK, because the BIGGEST issue from before has become the SECONDARY issue. The economy must now become the PRIMARY issue.

That is, if you want to take this thing "seriously."

The Lady At The Ferry Station
Bill Maher on Covid 19 and the Media
The Pope, The Qu'ran And A Call For Responsible Blogging
Tags: California, Covid-19