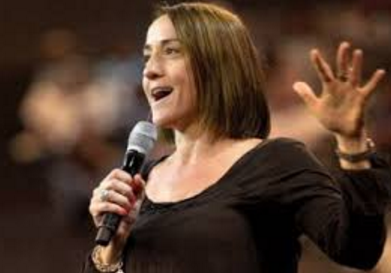 We are called, as believers, to earnestly contend for the faith once for all delivered to the saints. (Jude 1:3) And yet, we all see through a glass, darkly. (1 Cor 13:12) We do the best we can. But human nature being what it is, sometimes we miss what is important and what is fairly insignificant, even if our motives are good; sometimes, we can strain at a gnat and swallow a camel. And when Jesus used that expression, he was speaking to religious leaders of His day. 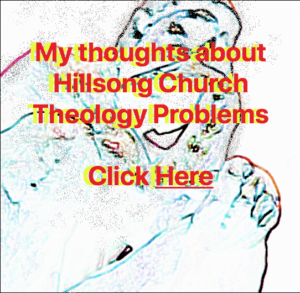 Now we, in our time, have a clear understanding of who the good guys and the bad guys were in the gospels. For people who believe in the inspiration of the scriptures, it’s all spelled out. We know the Pharisees, the Lawyers, the Saducees and the Scribes were the bad guys. They had notions that modern believers can see were really messed up; but we start out that way. The acceptance of the inspiration of the book gives us a starting point; so that, when it says they were wrong, they were selfish, they were misguided, they were in it for the power and the money, we start with that understanding and filter everything that way.

But we are disciples of Jesus, too.

And the spirit is supposed to give us discernment. What happens when someone looks like they’ve gone off the edge into error? What is our response to be? What of these charges against Hillsong being “new age?” How should we respond?

Well, about the pharisees, and about knowing truth from error? It’s ironic, that as much as we “know” who the bad guys were, the disciples weren’t always so clear about who the good guys were. They heard Jesus speak about “whoever is not for me is against me.” But then, in the ninth chapter of Mark, we hear the disciples protesting about someone doing good works in Jesus name, and thought it was wrong:

John said to him, “Teacher, we saw someone casting out demons in your name, and we tried to stop him, because he was not following us.” But Jesus said, “Do not stop him, for no one who does a mighty work in my name will be able soon afterward to speak evil of me. For the one who is not against us is for us.”

They also often had NO CLUE what Jesus meant when he said things. Jesus rebuked them for being hard-hearted and slow to believe; he called them faithless and perverse; he accused them of being of little faith. And these were the good guys.

The Problems With Hillsong Church are not specifically what I am really aiming at here.

But the problem is not only that we have a hard time knowing for certain what is in other people’s hearts; sometimes we don’t even know what is in our own.

A recent FaceBook page post recalled a scene that, in some Christian circles,  is all too familiar. It is unfortunate.

It is not our place to judge the motivation of the people who wrote this article. It starts with the headline, “Hillsong Church Leader Christine Caine Proudly Admits To New Age Practice Of ‘Impartation.'” It sounds like a serious issue; the article does sound “edgy.” But, whether pharisaical or merely “jumpy discipleship,” it seems the end result is the same.

There are accusations in the headline of the article that are not backed up by what Christine actually said; at least, not backed up by anything in the blog post itself. To lay charges of being of the devil when it may just be a case of “lazy theology” is unfair to Christine. It is also destructive – not only to the unity of the body of Christ; but also to the perception of what the church is like to those who are not a part of it, but watch us with a mild curiosity, because of how much we fight and squabble over things that should not cause animosity.

Articles like this and the attitudes that breed articles like this are destructive. It is easy to read into the things she said, based on what you might already believe when you read it. For instance, the author says,

One reason for the rapid growth of the Hillsong “church” corporation has been it’s willingness to make their church services indistinguishable from your average rock concert and laser light show. Start with 45 minutes of Christian rock “worship”, sprinkle a few minutes of heart-felt “easy believism” and “come get your blessings” emotional manipulation…

Is there room for criticism of the way praise and worship is conducted in the Hillsong meetings? Perhaps.

Some do believe there is a lot of hype and appeal to what is emotionalism more than what is spiritual. There is much there that many see as less than walking in the spirit. There will always be debates over music style and how much it does or even can lend itself to worship. But there seems to be a condescension that doesn’t feed life to the readers of the article.

Christine Caine, a Hillsong bible teacher and evangelist, was recently speaking at the same event as… Joyce… Meyer. Caine laid hands on Joyce Meyer’s bible and speaking notes, and asked the universe to magically transfer the same (demonic) anointing that’s on Meyer to herself. This is not Biblical Christianity, this is New Age spiritualism.

But Christine didn’t actually say that.

Sometimes, we can damage each other in the body of Christ while trying to build up the body. I agree that you need to confront sin in the congregation. But if you look at what she said, you’d have to admit that she never actually said she was asking the universe to transfer anything to her. Look at what she actually said. Her exact words were:

““Oh yes, I did lay my own hands on @joycemeyer bible & teaching notes & prayed for an impartation of that teaching anointing & revelation. It was a privilege & honor to shadow her this past week. Far more is “caught” than is ever “taught” in life!”

What she said was, “I laid my hands on [her] bible and teaching notes and prayed for an impartation fo that teaching annointing and revelation.” To say that she was following new age philosophy, praying to the universe for this impartation, calling on magic and therefore throwing herself open to demonic deception jumps to conclusions. ‘Now The End Begins,’ the author of the article, continues….

Now, in case you are not aware, this is more in line with witchcraft and spell casting then it is with old-fashioned Bible teaching. In fact, the idea that you can impart this sort of thing was tried in the book of Acts, and roundly rebuked.

“Then laid they their hands on them, and they received the Holy Ghost. And when Simon saw that through laying on of the apostles’ hands the Holy Ghost was given, he offered them money, Saying, Give me also this power, that on whomsoever I lay hands, he may receive the Holy Ghost. But Peter said unto him, Thy money perish with thee, because thou hast thought that the gift of God may be purchased with money.” Acts 8:17-20 (KJV)

But the Holy Spirit was often imparted by the laying on of hands (1 Tim 4:14, 2 Tim 1:6, Heb. 6:2). Healings occurred by the laying on of hands (Acts 9:17). Paul told believers to earnestly desire spiritual gifts (1 Cor 14). Actually, in Acts 19:2, there is even a precedent for an anointing that came from Paul, which transferred by means of pieces of cloth, and the healing anointing transferred with these objects …. “And God was doing extraordinary miracles by the hands of Paul, so that even handkerchiefs or aprons that had touched his skin were carried away to the sick, and their diseases left them and the evil spirits came out of them.”

‘Now The End Begins’ criticizes Christine by comparing her to Simon in Acts 8, where he tried to buy an impartation of an anointing. But the criticism in Acts 8 was not over Simon’s desire to acquire an anointing, but his motivation for wanting it. There is nothing that implied that Simon was criticized for looking for an anointing; if there were, it would contradict 1 Corinthians 14, where we are told to “earnestly desire chrismata (giftings).” He was criticized for wanting the anointing for his own goals and purposes – Simon was looking for another trick so people would follow him. To imply that Christine’s motivation was evil by incorrectly applying Acts 8 to the situation looks like it might actually be calling good “evil.”

So it seems the issue might not be so much the problem that Christine Caine was looking for a transference of an anointing; perhaps the problem is more one of perception by the good folks over at “Now The End Begins.”

You might even say it feels a wee little bit….judgmental. Again, we don’t want to fall into a trap of being judgmental ourselves. We don’t know Geoffrey Grider’s heart. He is a brother in the Lord; his heart is to lift up the name of Jesus; his motive seems to be to call out heresy because he has a zeal for the body of Christ to be built up in the most holy faith.

It seems, too, there might be a tendency to read a little too much into things. Our opinion is a little different than Geoffrey on Hillsong. We recognize that the style of music may, for many, be far less than worshipful; we realize there is a lot of leeway in criticizing what may, for many, be more emotional hype than a true spirit of worship. Our problem is that it seems perhaps Geoffrey does read a lot into things: for instance, he sees a lot of what he perceives to be pyramids and new-age in things that just seem to be no more than speculation from an over-zealous perception of things that just aren’t there. A hyperlink in one of the quotes up above on the original article is a link to this page, where he seems to see a lot of symbolism that we just don’t think is proven by anything other than looking for something you already “see” and then “seeing it” because you are reading it into what you see. (See for yourself…)

But our perception of Christine Caine is that she does too. And while there may be some room to critique worship styles, and while there is definitely a good reason to probe deeper into Hillsong’s theological positions on things, we would urge those who tend to see this the same way to look at it a little differently.

Because if we read things into what people are saying that aren’t really there, we may well be doing a real disservice to the unity of the body of Christ.

Like we said, the problem is not only that we have a hard time knowing for certain what is in other people’s hearts; sometimes we don’t even know what is in our own. Even those who oppose us are to be “gently instructed” (2 Tim 2:25). How much more are we to have patience and allow the benefit of the doubt for those who might just be caught in “bad theology” (Gal 6:1). Otherwise, who knows but that we might actually be attacking those that God has raised up, simply because they don’t meet our expectations?

The Pope, The Qu'ran And A Call For Responsible Blogging
If Ben Carson Likes Trump, Is He Racist?
I Went To A Covid Lockdown Protest Today. We Need To Do Better