Normalizing Every Sexual Taste Is Not Normal 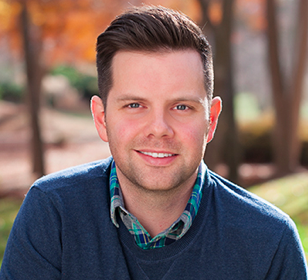 Jonathan Merritt is an eloquent writer, to be sure. He has written for many sites, including USA Today, The Atlantic, and National Journal. His arguments tend to be persuasive. But what is troubling in his criticism of much of the evangelical church on this sticky issue of the normalization of”gay marriage” is what parts of scripture he seems not to consider when speaking to the issue.

He is bothered by a term that has become, of late, a rallying cry for some in the church regarding the stance that needs to be taken against the creeping mainstreaming of homosexuality in our culture.

Normalizing Every Sexual Taste Is Not Normal

According to Mr. Merritt, conservative Christians have found a new enemy: the verb “normalize.” He writes a lengthy critique of Albert Mohler’s forthcoming book, “We Cannot Be Silent: Speaking Truth to a Culture Redefining Sex, Marriage, and the Very Meaning of Right and Wrong.”  Some of the comments he makes seem trite; perhaps that is because he needs all the fuel he can find for the fire he wants to create for this problem he wants to speak against. For instance:

A “whopping 39 times.” I’m not sure if this seems too outlandish. After all, it’s the subject of the book. Perhaps I’m missing something here. But, then, it seems he is missing something, too. He makes a gross and unfair over-statement of the position of those who oppose same-sex “marriage.”

… where did these Christians get this idea exactly? Even if one believes that same-sex relationships do not align with God’s design for human beings, it does not necessarily follow that one must work to dispose of those who engage in it.

How he gets the idea that anyone is trying to dispose of them is bizarre, to say the least. No one is proposing to ‘get rid of anybody.’ The idea that people on our side of this issue are trying to dispose of anyone is offensive. It plainly misses what so many on this side of the debate are clearly saying, and have been saying for years now: love the sinner and hate the sin. We are not trying to get rid of anyone; we are merely trying to prevent them from systematically trying to influence the popular opinion to believe that what God calls sinful is not sinful, while at the same time, systematically using the sledge hammer of the law to silence anyone who disagrees with them. It is simply naive to overlook the reality that much of the homosexual movement is militant in its agenda. We recognize the cost to future generations that will be caused by the blurring of the gender lines beyond God-designed definition. We want to spare people from the changes that will result in society relative to a biblical worldview.

Perhaps the problem here is a collapsing of contexts into the definitions. It is troubling. As he says,

To normalize means to accept something or someone as usual or normal. The word is a cousin to tolerate. So these Christians believe that anything that might communicate that homosexuality is normal is wrong or evil. Anything that would increase tolerance of homosexual relationships should be resisted.

That is exactly what I believe, and what those from my position believe. It is not normal. There is nothing “normal” about it, except that a critical mass of the population has acquiesced to the idea that it is being jammed down our throats as normal and we need to roll over and die under the force of it. He continues:

Many of these Christians root their thinking in the belief that the Apostle Paul called same-sex relations “unnatural” in his epistle to the Romans. Whatever Paul means to communicate with that word, he is not instructing Christians to band together and work to exclude anyone from social structures and institutions. Unlike Paul, when conservative Christians speak of normalizing LGBT persons and relationships, they are using it in social rather than theological sense.

It is a curious statement that Mr. Merritt makes, and one that requires a direct challenge, I believe. He starts by saying, “whatever Paul means to communicate with that word, he is not…” and then proceeds to tell us what Paul does not mean. Yet he seems to be making this statement in a way that implies that he isn’t exactly sure what Paul is saying here. And if he isn’t sure what Paul is saying, how can he be sure Paul is not saying what Dr. Mohler would claim it means – namely, that these relationships fall short of God’s ideal for marriage, intimacy and sexual expression, and as such, must be exposed as something not good.

Further, it escapes me what Jonathan means when he says, “Paul… is not instructing Christians to band together and work to exclude anyone from social structures and institutions” unless, by social structures and institutions, he is referring to the social structure of “couples” by denying them the institution of “marriage.” To say that Christians are reacting to normalization of homosexuality as a societal norm rather than in a theological sense is nonsense. It is precisely because of a theological understanding from the scriptures that God condemns homosexual activity that we oppose the mainstreaming of this perspective to the status of “normal” at a societal level.

This Isn’t About Theology By Popular Vote

Asking the faithful to resist the normalization of homosexuality is a command framed in the negative… We know what conservative Christians want believers not to do, but what do they want us to do? The opposite of normalizing is marginalizing. It is maligning. It is sidelining. It is ostracizing. It is banishing. It is shunning. Make no mistake that this is what is being called for. To resist the normalization of LGBT couples means working to push them to the margins, outside of circles of respectability.

Sorry, Jonathan, but this is such a blatant misrepresentation of our motivations. You can only come to these pejorative conclusions about what conservative Christians want if you have already somehow come to the conclusion that Paul wasn’t referring to homosexual activity when he spoke in Romans 1 about people exchanging natural affections (context demands an understanding of male-female sex) for unnatural affections (male-male and female-female). If God calls it sin, why do you insist on calling it respectable?

And besides, this behavior is painfully shortsighted given the waning influence of conservative Christians in America…. If the faithful believe they are becoming a minority group, it does not seem prudent to set a precedent that it is okay to socially marginalize minority groups.

Jesus didn’t seem to have a problem with numbers. He wasn’t concerned. He didn’t make it easy for people to follow him, and didn’t seem too concerned about softening the requirements so he could get more followers.

And while they might be a “minority group,” they are also a group that, among their most militant members, is trying to use the force of law to shut us up, to force us to not even be able to tell them that we believe God is offended by what they do (even when our motives are not to harm but to bless). And we are not out to win a popularity contest. We are supposed to be about worshipping God in holiness and truth.

I truly believe Mr. Merritt means well. His heart seems to be one of love and compassion for all. He loves the Lord and loves the fact that the Lord loves us all, and there is nothing we can do to cause Him to love us more, nor is there anything we could do that would cause Him to love us less. And there is much about Jesus and about not judging in the scriptures. But he makes some troubling conclusions about motives he perceives from some as “negative,” “marginalizing” and the like – negative motives, not too nice motives. He says,

I’ve tried to imagine Jesus approving of such tactics, but I can’t. I can’t imagine it all. The Jesus who marches through the Gospels is one who calls his followers to love their neighbors as themselves. He is a man who offers his disciples a glimmering gold standard for relating to others: “Whatever you wish that others would do to you, do also to them.

True. But he didn’t embrace their sin; he spoke about the need for repentance. He told people that they needed to take up their crosses and follow him. If I’m wrong, I want people to tell me the truth, even if it means changing my behaviour. Taking up my cross and following Him just might require me to not act on desires I have if His word is clear that expressing these desires in a forbidden sexual relationship is sinful in God’s eyes – whether I like it or not, whether I even understand it or not.

The problem with words is that they typically have overlapping definitions; and while Mohler is using the term “normalizing” to describe what is the push from the gay rights movement, Merritt is pushing the use of the word into an area where normalizing means something positive; and thus, Mohler, because he is against “normalizing” the gay agenda, is seen as being for defining as “abnormal” those who want to push this agenda. But that is only a bad thing if you think that homosexual activity is normal.

If we were to run a different kind of behaviour through this grid, it becomes obvious how absurd it can be.

If You’re Going To Be A Thug, Be The Best Thug You Can Be

No thug wants to be marginalized. In fact, he thinks he owns the place. And apparently, Jesus would have welcomed the thug with open arms. Like he welcomed and even freely healed the man beside the pool at Bethsaida. The man was a sinner, and Jesus freely reached out, accepted and even healed him. (Of course, there was that little comment that Jesus made, about “go and sin no more, lest a worse thing happen to you.” But apparently that is not the same Jesus that Mr. Merritt knows.)

A thug just does what a thug wants to do; it’s his nature. Why should he fight it?

It should be expected for anyone, supposedly like Mr. Merritt, who seems by all measures to consider himself a believer, that an understanding of the authority of scripture needs to be factored into the thinking process here in determining what is right and wrong from God’s persective; at least, if he does not, he should extend the courtesy to Dr. Mohler and those of his persuasion that they believe the scriptures have the authority to dictate to us proper measures of what is right and wrong, acceptable and unacceptable behaviour in God’s eyes, whether or not we like what those scriptures say, and without shredding the book so that we ignore half of what both Paul and Jesus himself said simply to be able to normalize what the scriptures seem to quite clearly say is not normal.

Losing the fight against transgenderism before it started

Fights for “transgender rights” are ratcheting up across the nation, met with opposition by those who say our sexuality is a biological reality that can’t be changed with a scalpel.  The problem is this war against transgenderism has already been settled.  The definition of human sexual identity was already changed — by our society’s acceptance of the […]
The post Losing the fight against transgenderism before it started appeared first on NOQ Report – Conservative Christian News, Opinions, and Quotes.