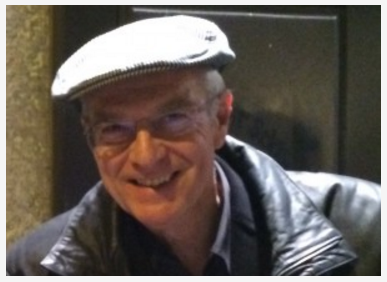 I want first to say that Colin Hamer`s book, “Divorce and the Bible” is a book I highly recommend, even though I don`t agree with all of the conclusions in the book.

It’s not the first time I’ve recommended books I don’t agree with completely. It seems that a book can be good for a number of reasons, only ONE of which is whether or not all the conclusions it draws are entirely accurate. For a book to be ‘good,’ it should make you THINK; it should communicate clearly, state it’s opinion fairly, at least try to give recognition to the issues that people of different persuasions would have with the position. The author should also say “don`t know” when he or she doesn’t know.

“Divorce and the bible” is a worthwhile read because it presents a position not typical in Evangelical Christian circles, but that needs to be considered by those who hold tenaciously to the “2 reasons only” position so often reflected by evangelicals and fundamentalists, such as John MacArthur.

I believe the normal “2-reasons only position” on divorce and remarriage comes up short.

My opinion, by the way, is that this “2 positions only” take on the issue is the easiest one to see by citing simple proof-texts from the scriptures; but that this position only really holds up until the arguments for the position are challenged with issues from the Greek of the New Testament, issues from first century Jewish history and the like. It is also required reading as a reasoned response to some prominent evangelical Christian positions, such as John Piper and Voddie Baucham and their position on the “permanence view” of marriage, such as Daryl Wingerd – Divorce and Remarriage: : A Permanence View.

I have seen, over the years, so many people wounded by the church by other well-meaning Christians who insist that a woman who is in an abusive relationship is not allowed the privilege of entering into a meaningful committed relationship with anyone else, even if divorced, because it is “adultery,” as defined by Jesus (supposedly) in Matthew 5, Matthew 19, Mark 10 and the like. Our understanding on this issue is that Jesus was speaking in hyperbole, and speaking in such irony that it would make the Pharisees furious with him; but these reasons are not clear simply from examining 21st century translations of the Greek texts, and without understanding of the 1st century Jewish culture into which Jesus spoke.

“Divorce and the Bible” is laid out in a series of chapters; each chapter gives a summary of the salient points at the end of the chapter. Then, at the end of the book, are 5 appendices, each dealing with a particular passage of scripture which causes confusion in the discussion.

The salient principles of interpretation of the bible on the issue, as the author sees it:

Again, I don’t agree with all the conclusions in the book; but it does make you think. It brings points to the discussion that need to be made – rules are different for men and for women.

Ultimately, I believe that there are two other well-written and well-researched books which need to be considered carefully as helpful background in processing what the bible says to come to a proper conclusion about the issue. These books are..

And Marries Another: Divorce and Remarriage in the Teaching of the New Testament

Divorce and Remarriage in the Bible: The Social and Literary Context

As well as Brewer’s less technical and more practically-oriented

Divorce and Remarriage in the Church: Biblical Solutions for Pastoral Realities

Both of these books are worthy opponents to the “2 reasons only” position on divorce and remarriage, and they need to be considered in the mix, because they bring other cultural considerations into the conversation; Brewer’s book, especially, touches on much of the cultural considerations and hypocrisy in the first century that need to be understood to grasp the full picture, and to understand how so much of what Jesus said was challenging (scathing) remarks to the Pharisees of his day, and not necessarily blanket statements on divorce and remarriage.

But ‘Divorce and the Bible’ by Colin Hamer is a worthwhile read because of its own internal consistency; because of its fair presentation of how it fits into the panorama of five or six major positions on the issue of divorce and remarriage; because of the fact that it is well-written, makes you think, answers well how this position answers objections about it raised by the ‘2 positions only’ crowd. People who hold that position, such as John MacArthur and Jay Adams, need to consider these issues raised in the book. Those who hold to the ‘permanence view’ of divorce and remarriage (Voddie Baucham and John Piper, for instance) need to wrestle with some of the issues raised in this book.

It seems so unfortunate that so many well-meaning people want to put other Christians in straight-jackets of theology that God never intended others to wear. This book does a valiant job of bringing worthy points to the discussion, allowing some freedom for believers to see that not everyone believes those straight-jackets need to be worn.