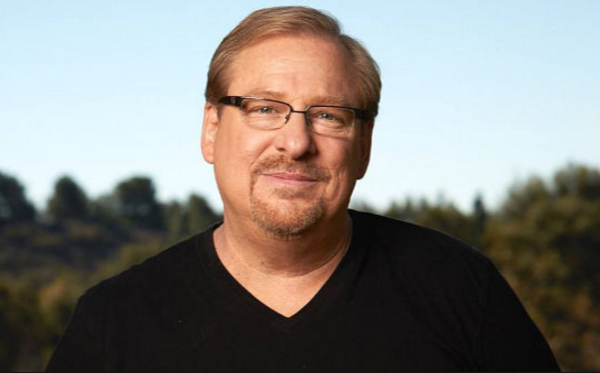 Like Benny Hinn and Joel Osteen, pastor Rick Warren seems to be a constant lightening rod for drawing both praise and criticism from elements of the church. And from the fundamentalist side of Christianity, it’s pretty much a given that it will be criticism. There is much that is written about Rick Warren and Chrislam that is downright unfair.

One of the recent hit pieces on Rick Warren starts with the headline, “Rick Warren Partnering With Mosques To Teach That God And Allah Are The Same.”

For Some People, There’s Always Someone To Dislike

The article posted at NowTheEndBegins follows up with this byline:

Defying some of his fellow conservative Christian critics, one of the most prominent religious leaders in the country told several thousand American Muslims on Saturday that… “the two largest faiths on the planet” must work together to combat stereotypes and solve global problems.

Defying some of his critics? Where is it written that we always need to please our critics? Isn’t that what these people crucify people like Rick Warren and Joel Osteen for in the first place? Anyway, the article links to a different page where they show the 20-minute-or-so video clip of Rick Warren speaking at the ISNA 2009 conference. Having listened myself to the video clip, I have to conclude that, at best, the people at “Now The End Begins” either didn’t watch it themselves, or at worst, they’re downright manipulating the facts to justify their dislike for Rick Warren while not really processing what he actually said.

I’m not saying I agree with everything that comes out of Rick Warren’s mouth.

I’m not saying I don’t, either. The fact of the matter is I’ve not heard everything he’s said. Of what I’ve heard him say clearly in this video, I have to say I believe he says some pretty good things. They’re things I agree with.

The easiest way to increase ratings on television is to create conflict. Civility is not a very interesting story. To increase civility you have to walk down the middle of the road. You know, I’ve discovered that if you walk down the middle of the road, you’ll get hit coming and going. You get hit from both sides if you’re walking down the middle. Actually, it’s easier to be an extremist of any kind, because then you only have one group of people mad at you. But if you actually start to build relationships by inviting an evangelical pastor to your [mosque], you’ll get criticized for it. So will I. But that’s not what matters.

It’s SO Easy To Stereotype

It seems to me that one of the easiest ways to create blog followers is to cater to that part of human nature that wants to stereotype and demonize the other side. I’ve written guest blogs before on different web sites and I’m stunned when i read some of the comments from people who I fundamentally agree with, who so badly misunderstand me and demonize me if I don’t throw every muslim under the bus as they drive it down the road.

I understand the battle for truth. As Jude said to the early church, “Beloved, although I was very eager to write to you about our common salvation, I found it necessary to write appealing to you to contend for the faith that was once for all delivered to the saints.” (Jude 1:3) And the reality is that there is a common core of beliefs that we share that makes Christianity and Islam like oil and water. They do not and cannot mix.

But the fastest growing church these days is in Iran. There are daily occurrences of stories about muslims seeing visions of Jesus, of converting to Christianity. The problem is that if we treat each and every muslim we encounter as the enemy, when some of them might well be the very ones whom Jesus is in the process of reaching and saving, then we might find ourselves actually at odds with the very God we believe we love.

I shudder sometimes when I think of the bible verse where Paul is speaking to the Corinthian church about the wisdom of God and how it looks so different from the wisdom of men. and he says, “None of the rulers of this age understood this, for if they had, they would not have crucified the Lord of glory.” (1 Cor 2:8)

It is frightening sometimes to see how much we are totally blind to the spirit we are of. But it shouldn’t surprise us. Peter thought he would stand firm; Jesus knew he would fail. (Mark 14:30) Jimmy and Johnny (the sons of thunder) thought they would get Jesus’ approval by suggesting that they call down fire from heaven to consume their enemies. Jesus said, “you know not what spirit you are of.; for the Son of Man came not to destroy people’s lives but to save them.” (Luke 9:55)

There are always tensions between truths of scripture. There will always be. The book is dead words unless we understand them by the spirit of the living God. We know that there is no way to harmonize a religion centred around the reality that Jesus is the Son of God and a religion that claims that God has no son. And we are familiar with the passage that says, “two cannot walk together unless they agree.” But what it actually means, and what it says, depending on the translation, is, “do two walk together, unless they have agreed to meet?” Or, “can two people walk together without agreeing on the direction?” (Amos 3:3)

We cannot be unequally yoked. And no man can serve two masters. It is impossible to serve a God who sent his son into the world and, at the same time, deny the father and the son. That is the spirit of antichrist.

But if we do not agree to meet, to journey life together with any of them, how can we talk to these people? How do we expect to communicate the gospel to them? it’s almost as if Jesus does appear to them, we are the first ones to welcome them to the party; but up until that point, we treat them like the enemy. It reminds me of the passage in scripture in Mark 10….

And as he was leaving Jericho with his disciples and a great crowd, Bartimaeus, a blind beggar, the son of Timaeus, was sitting by the roadside. And when he heard that it was Jesus of Nazareth, he began to cry out and say, “Jesus, Son of David, have mercy on me!” And many rebuked him, telling him to be silent. But he cried out all the more, “Son of David, have mercy on me!” And Jesus stopped and said, “Call him.” And they called the blind man, saying to him, “Take heart. Get up; he is calling you.” And throwing off his cloak, he sprang up and came to Jesus. And Jesus said to him, “What do you want me to do for you?” And the blind man said to him, “Rabbi, let me recover my sight.” And Jesus said to him, “Go your way; your faith has made you well.” And immediately he recovered his sight and followed him on the way.

These people were all walking along with Jesus. But when this blind man was trying to get to Jesus, the crowd had a gross misunderstanding of what kind of person it was that Jesus would take an interest in. And yes, once they saw that Jesus was interested in him, all of a sudden, they were too. But until that point, they all had their assumptions that Jesus and this miserable blind beggar would be on two different pages, and far be it that this man would ever be the kind of person Jesus would love. Are we guilty of that with muslims sometimes?

We are aware at a mental level that we need to treat them like those for whom Jesus died. But sometimes it’s only after the Muslim is saved that we wrap our head around the fact that Jesus loves him, too. Before that, we are all too often wanting to treat them like the enemy, even though Jesus was working in that Muslim’s heart.

Rick Warren is not suggesting we set aside our differences on this “little matter of who Jesus is.” He KNOWS who Jesus is, and wants the Muslims to know it, too. In fact, in this very video that these people say shows pastor Warren’s “love for Islam,” pastor Warren himself makes it very clear that he sees there is a huge divide about what we believe. Pastor Warren is not a fan of Islam. But he loves Muslim people. Do we?

Rick Warren seems to have the good understanding that if we don’t recognize that there are some well-meaning and good-hearted people in the Muslim community who truly do believe “there should be no compulsion in religion,” and if we don’t stand with these Muslims to end stereotyping on BOTH sides of the Christian/Muslim divide, we may end up working against the very purposes God has in mind for these people, which is to see them come to Jesus.

Do I believe that Islam is a false religion? Yes. I do. But there are at least a billion Muslims who believe that I hold to a false religion, too. And if we don’t talk to each other, and listen to each other, then how else will the spirit of the living God work in their hearts to bring them to a true understanding of who Jesus is so that they may be saved? It’s true that God can and sometimes does do that without the church; but it seems to me it grieves His heart when he cannot include us in the process because we think that truth is the only weapon we have. Love is the stronger tool. And we can love them even while we disagree with them.

Sometimes, it’s the only way they will see the difference between the truth and the lie.