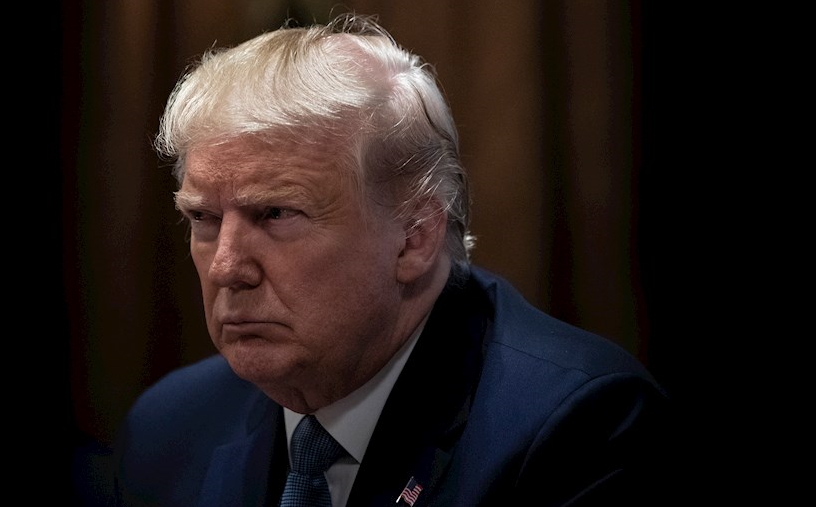 I was disappointed this morning when I saw the whole “Christianity Today Trump Impeachment” episode unfold on my web browser and how you support using these articles of impeachment as a “reason” to get him out of office.

You had the disadvantage of going first. I get to follow your opinion with mine. And unless you care to debate it with me, which I doubt, since, at this point, you don’t even know me, I will have to try to speak to your points as best I can. Hopefully, someone will get through to you with the points I’m trying to make.

After all, I’m not the only one who feels this way…

Having read your article, I have to say you’re wrong. I think you’re wrong enough that I have to make a statement as to why, in hopes that somehow you’ll see the error of your ways and turn your ship around. You’re a brother in Christ, no doubt. But I think you’re as misguided as you probably think I am.

You started out well enough:

In the opening of your article, you tell us about Christianity Today’s mandate:

In our founding documents, Billy Graham explains that Christianity Today will help evangelical Christians interpret the news in a manner that reflects their faith. The impeachment of Donald Trump is a significant event in the story of our republic. It requires comment.

That the impeachment fiasco requires comment is an understatement. In times like these, it gets to a point where to say nothing begs more questions than it answers.

I do wonder at the timing of your taking a position on this, though.  But since I don’t know you, I will reserve judgement for the moment about what your motives are here, now, under these circumstances.

In fact, I will take you at your word (for the moment, anyway) that you believe he should be removed because of an abuse of power. I think you make a case for that based on principle, based on your belief that he did exactly that.

But you muddy the waters so.

You blur several issues together and cause me to question where you are coming from because of the way you mix your feelings about the man with the issues with potential abuse of power.

I understand your frustrations with the man. I really do. You said,

He himself has admitted to immoral actions in business and his relationship with women, about which he remains proud. His Twitter feed alone—with its habitual string of mischaracterizations, lies, and slanders—is a near perfect example of a human being who is morally lost and confused.

I will give you mixed marks on this one. Maybe you know better than I do about how proud he still is about his immoral actions in the past. I’m not sure I see it.

And since I hear so much from others who have encountered the man firsthand (and I’m not sure you have) I will exercise more caution than this in pronouncing judgement on the current condition of his heart.

Sometimes he’s a jerk, anyway. Maybe I could be more kind than that. But facts are facts.

Sometimes, I’m a jerk too, just to be fair. But there are times Trump does seem to go over the top with his comments.

The day of the impeachment vote in the house, Trump had a rally in Battle Creek, Michigan. And during his speech, he said something to the effect that John Dingle is probably “looking down” (as in, from heaven) saying, “that’s right. That’s good.”

I don’t know about you, but that was just horrible. It was a really horrible, horrible line to deliver like that. John’s wife took the moral high ground in response. But that was a jerky thing to say. I was appalled. It would be a horrible thing for a president to say about anyone.

But that’s not really the basis for deciding whether to remove him from office, now, is it?

The problem is that when you throw the man’s personality into the discussion, it seems you’ve now hitched yourself to the very train you say we should not ride.

The impeachment is about (supposed to be about) trying him on the specific charges of obstruction of congress. The trial is not about him being a jerk, or saying disgusting things, or about his past instances of immorality or his lack of an apparent level of shame about those things to convince you he’s a Christian or anything.

I also get that you’re not gunning for him just because he’s a jerk.

I’m most curious about how you’ve mixed your personal disdain for him as an individual with your disregard for the problem with the process of removing him from office as the democrats are trying to make it happen – with assumptions about his motive when no CLEAR motive has ever been established as to WHY he was asking for an investigation of Biden.

You say it was about harassing Biden. You’re wrong. It is about putting him in jail. Nobody would have seen any harassment in the first place if it weren’t for the anonymous whistle blower bringing a charge against the man – even though, when you review the call and any testimony of the witnesses, there is NO clear evidence that his motive was to dig up dirt on Biden for the 2020 elections.

It was about investigating what looks to be a very high likelihood of crimes committed by Biden in 2016. This IS in the national interest, sir. If justice is not served for crimes committed, then your selective moral outrage over the trampling of the rule of law comes up a wee bit hypocritical.

By your standard, the safest thing for a criminal to do is to run for office.

If you are right, and Trump’s motive in that phone call was to dig up dirt to thow Biden off in the 2020 election, then the best thing Joe Biden can do right now is to stay in the race for the 2020 election as long as possible.

I think he would make a terrible president. And I’m glad he won’t win in 2020, even if he gets as far as winning the democratic name on the ticket.

But if Biden wasn’t running for office in 2020, there wouldn’t have been any story to co-opt as an excuse to impeach Trump.

The democratic party has been gunning for him since 2016, as you yourself state plainly in your hit piece.

The problem is you have no PROOF of motive.

Human nature is such that we fall victim to seeing specific things about others through the lenses shaped by how we otherwise feel about them as an overall package. It’s why Trump supporters tend minimize a lot of what Trump says.

It’s not that they choose not to hear it; it is that they filter it through their understanding of how he talks – the way democrats do with Joe Biden. “Oh, it’s just Joe making his gaffes. But he’s a really nice guy.”

Even Jim Comey agrees with me – you can’t do this.

You would do well to think long and hard about the need for evenness in the rule of law. You could also take a lesson from James Comey, who, when speaking about the issue of Hillary Clinton and that little problem of about 23,000 deleted emails and cell phones smashed with hammers and stuff, said something to the effect that

“no reasonable prosecutor would ever bring charges about this type of thing.”

Comey felt he couldn’t establish sufficient motive for Hillary and her actions. Regarding Trump, there is much thinner evidence that he had any personal motive in mind when he asked for help from a foreign government to investigate high crimes and misdemeanors. In fact, when he was asked directly what he wanted from Ukraine in exchange for aid, the witness testified that Trump said, “I don’t want anything. I just want them to do the right thing.”

And if I dare say, it’s why I struggle with not questioning your motives now in saying we need to jump into this impeachment parade.

And if James Comey looked at and gave a pass for motive with a lifelong politician like Hillary Clinton, even more so should we give a pass to an outsider like Trump when it comes to assuming motive for why he was asking for an investigation – especially when Trump said he didn’t want anything from Ukraine in exchange for the U.S. aid.

Don’t fall into bed with the democrats in using political expediency to deal with a problem.

Have some respect for the process and the rule of law. If you want Trump removed because you think he’s a philandering pig, get your congressman to bring charges for that. There are a few of them just chomping at the bit to do that anyway.

Pontius Pilate did what he did out of expediency. Don’t be that guy.

If you advocate for using these articles of impeachment to remove the president without sufficient evidence of intent, I’m forced to conclude you might see the desire to remove him from office so badly that you’re not recognizing the breach of the rule of law in doing so.

You saw off the very limb on which you sit, and end up falling on your face on your rapid climb to the moral high ground.

I hope it’s not a disdain for the guy that causes you to have such a blind spot.

Even Jim Comey agrees with me.