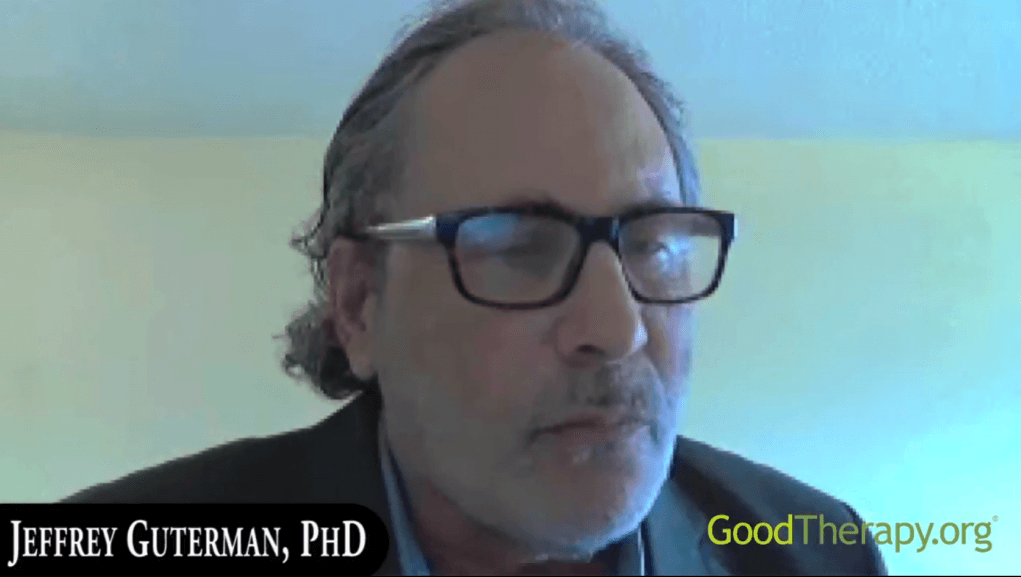 Jeffrey, Jeffrey. It is pretty stupid for you to tell people not to follow you. It's stupid, in fact, on so many levels.

You know, Jeffrey, I get it. I get that you hate Trump. And I get why. At least, I get it enough to understand that, depending on your predisposition and your world view, you may see president Trump as a very dangerous man for the country.

A lot of people think Trump is a narcissistic wing-nut. I get that.

Does the president brag a lot? Of course. He's probably in a class of his own in this regard - most everyone sees the reality that a guy in a role as a world leader should act far more "presidential" than he does. He is magnitudes removed from proper decorum and tone of speech from what a world leader is assumed to be.

I don't understand you, though. Why on earth would you hold yourself out to be any better than him? Your latest Twitter post proves the opposite.

You're a mental health coach. You should know better. In a response to @realDonaldTrump and his tweet to "LIBERATE MICHIGAN," you out-stupided yourself where you said,

"I welcome follows unless you support Trump. If you support him, please block me. Thank you." You know, it's too bad I can't just post a link here to the actual Twitter post. I would, except your mental health seemed to be compromised when the picture you posted with your little pissy-fit of apparent portions of some male genitalia made it unfit to print here.

I'm not exactly sure the reason for the visual vulgarity. It seems to be beneath any decent human being, let alone someone with a doctorate in telling people how to have good mental health.

This, actually, is one of the reasons many people seem to think a Ph. D. doesn't always mean much.

It's ironic how you probably don't see how ironic your quite "Trump-like" post, designed to be provocative, shows you're just like what it is you think you hate about him.

You despise him for how he attacks his enemies and seems to embrace controversy and attempts to go after his critics.

But your rant betrays a lack of integrity.

Isn't mental health about not carrying grudges, about learning to hear the other side of an argument so that the best idea can win? Is your idea of mental health despising people you disagree with?

I'm not sure I would trust anyone as a mental health coach if they spew hatred for anyone. I understand the despising of ideas; for instance, I despise the concepts in modern left-wing liberalism. But I would never tell anyone who holds to those ideas that I don't want them to listen to me.

If you truly cared for people who think differently than you, why not welcome them to follow you, so you have a better chance to influence their thinking for the better.

Your post also seems to be counter-productive, if your goal truly is peoples' mental health.

It seems if you're truly interested in engaging people with the idea of helping them to think better, clearer and more consistently and logically, then you should want people who disagree with you to follow you, reading your posts, visiting your site, in hopes that something you say will actually get through to them.​

How else do you actually get through to someone who, apparently (in your mind) is thinking wrongly enough to actually like Trump? Don't you do it by presenting them with ideas they've maybe not chewed on before?

Think, Jeffrey, think. You've got a doctorate, for crying out loud. You should be able to sift through ideas and separate the wheat from the chaff, no?

You don't seem to be much about mental health. But you do seem to spew the same attitude on the left: silence the opposition.

There is such a contrast in approach to differences between the left and the right.

People on the right feel that everyone should be free to say what they want; but that, in the end, the best ideas will survive and thrive simply by intellectual competition in the marketplace.

People on the left feel the only way to win is to effectively remove the right's right to have a voice. For instance, Red State writes of the attack on Rush Limbaugh:

Last week, Rush Limbaugh suggested Sandra Fluke was a slut. The left immediately began calling for boycotts of his advertisers. He apologized on Saturday. Fluke refused to accept his apology claiming he did it under duress and the pressure has kept up.It is organized and it has nothing to do with Limbaugh referring to Sandra Fluke as the same thing Ed Schultz referred to Laura Ingraham as. It has to do with a well executed PR strategy to frame a debate on mandating [that] Americans subsidize the sexual habits of women as a war on women by the GOP. The media, which leans left already on social issues, would much rather focus on Rush Limbaugh than on the left’s PR strategy and Sandra Fluke’s own testimony. What is happening here is an organized campaign by the left to shut down opposing views from the right. Many on the left and right, myself included, have said things we should not have said. The difference is that the left seizes on the statements made by the right as excuses to demand they never be heard from again and are unqualified to speak on any topic.

It's obvious you don't really care at all for the people who disagree with you; otherwise, you'd welcome them to follow you in case they might actually learn something from your perspective.

You just want to spew hate toward your dissenters in the name of intellectual superiority.

But don't worry. I followed you on twitter. I thought it's what you really wanted anyway. I'm just waiting to see how long it will be until you block me.