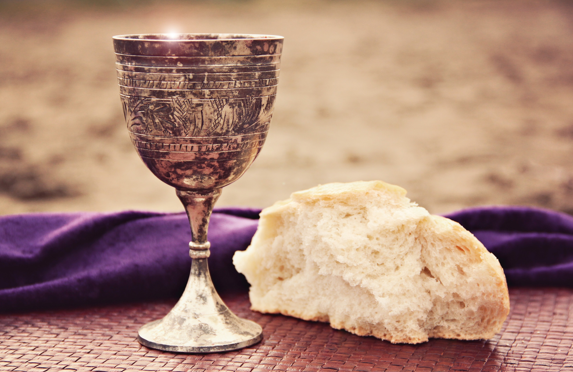 Most Christians have feelings and ideas about communion and what it means when we participate in communion. But do we fully grasp what it implies when we partake?

What is the true meaning of communion?

In the first epistle to the Corinthian Church, the apostle Paul made a very serious statement.

For as often as you eat this bread and drink the cup, you proclaim the Lord’s death until he comes. Whoever, therefore, eats the bread or drinks the cup of the Lord in an unworthy manner will be guilty concerning the body and blood of the Lord. Let a person examine himself, then, and so eat of the bread and drink of the cup. For anyone who eats and drinks without discerning the body eats and drinks judgment on himself. That is why many of you are weak and ill, and some have died. (1 Cor 11:26-30)

Whether we see the bread and the cup as mere symbols representing His body and blood, or whether we see them actually somehow becoming Him in the sacrament of communion, there are implications we need to grasp when we partake. After all, doing so inappropriately comes with serious charges.

One passage from the old testament in 1st Chronicles, chapter 11, is particularly helpful in displaying a powerful concept when thinking about communion. There was a time when King David was embroiled with his men in battle against the Philistines. It was a very difficult day. David was with his men, in the heat, thirsty and tired. David made a statement that he was thirsty, and that he wished he could have a drink of water. His men responded quickly to what they thought was his request.

David was then in the stronghold, and the garrison of the Philistines was then at Bethlehem. And David said longingly, “Oh that someone would give me water to drink from the well of Bethlehem that is by the gate!” Then the three mighty men broke through the camp of the Philistines and drew water out of the well of Bethlehem that was by the gate and took it and brought it to David. But David would not drink it. He poured it out to the LORD and said, “Far be it from me before my God that I should do this. Shall I drink the lifeblood of these men? For at the risk of their lives they brought it.” Therefore he would not drink it.

What did David mean when he asked, “Shall I drink the lifeblood of these men?”

David’s mighty men crossed deep behind enemy lines simply to fetch some water so their king could have a drink. They risked their own lives for the sake of quenching his thirst. David recognized that to drink this water would be to as much as say, “it is an appropriate risk they took – risking losing their lives so I would not have to be thirsty was an appropriate risk.”

He couldn’t do it. For him to drink that water was to say that his men’s lives were worth nothing more than his pleasure and convenience. He poured the water out because he could not act in a way that said this kind of sacrifice – their lives for the quenching of his thirst – was appropriate.

So what does this story have to do with communion? Perhaps looking at the sacrifice of Jesus on the cross from a different perspective may help. Richard Wermbrand presented this concept many years ago in his book, “100 Prison Meditations.” It is a stark reality of what we are proclaiming when we participate in communion. Let’s try to look at it from the day before the crucifixion.

You are a sinner. You know it.

You realize that even by your own standards of right and wrong, you fall short. You’ve watched Jesus. You know him, you know what he is like. He is perfect. He does no wrong. And you’ve seen him work miracles, love the children, raise the dead and scorch the pharisees with perfect exposure of their hypocrisy. You know God is well pleased with him.

Jesus comes to you, and says, “you are a sinner and your sin deserves punishment. The wages of sin is death. Tomorrow, they intend to crucify me. They will take me out and flog me with 39 lashes, laying my flesh open in gaping strips. They will place a crown of thorns on my head, and then they will take me to the top of the hill and lay me on a cross of wood and nail me to it. I will be left there to bleed to death. When they do this, you need to be the one to drive the nails in my hands and feet. You have to be a part of my scourging. You need to take the whip and use it to do what a whip does. When they make the crown of thorns, you must place it on my head, push it into my skull.”

“These things will be excruciating for me, and after I have suffered for a while, I will die. But a sacrifice is required to atone for your sin. And when I have die, you shall know that your sins are forgiven. You see, this is how a man get saved.”

And then Jesus asks a question that weighs heavy on you. He says, “there is no other way your sins can be forgiven. Either you must allow me to die for you, or you must pay the price yourself. Will you accept my suffering and death for your sins? Or do you prefer to pay for them yourself?”

When we participate in communion, we embrace a reality – an agreement with God – that Jesus’ blood was an appropriate price to pay so that our sins could be forgiven and we could have fellowship with God. And if we can do that with indifference and a lack of repentance from what caused us to be separated from our heavenly Father in the first place, we come under greater judgement than those who have never heard and believed.

Being Still Before The Lord
When Trusting God Has To Be Enough
The Ship That Won't Sink
Tags: communion, meaning of communion, prayer, walking in holiness