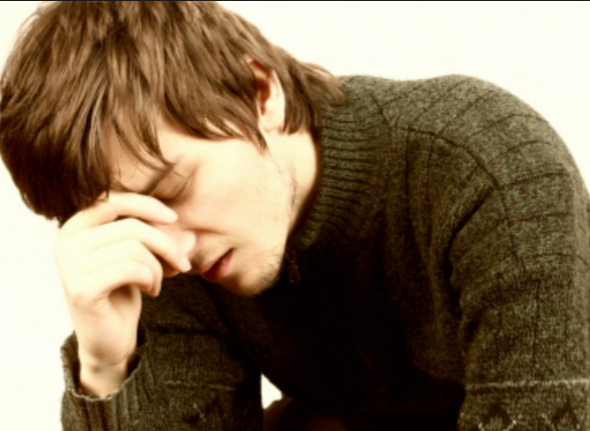 We All Have Stories

The longer you travel this road of life, the more stories you remember from the journey. I remember this one for how it demonstrates how there are many different ways that God can speak to a person about the condition of his or her soul.

I used to work in an auto plant, building cars on the assembly line. Phil was one of the guys who had been there a long time. I remember the day I first met him. My first impression of him was that I thought he was pretty opinionated. He really was, actually, although I have to admit that, at the time, I was probably more opinionated than he was. By “opinionated,” I don’t mean someone who merely has an opinion; I’m talking about someone who has an opinion and knows how to use it. I would stick to my opinions without having a sufficient awareness of all the facts to see how flimsy my opinions really were.

I believe we often find an understanding of theology that reflects and makes sense of our own experiences in becoming Christians.

That was my experience. It kind of went like that for me. I happened to be a person who leaned pretty strongly toward an “Arminian” theology – that God gives everyone an opportunity to accept or reject the gospel, as I felt at the time that God had done with me.

Phil, because of his experience, was very strongly “Calvinistic” – he held a theology that basically says if you believe in Jesus, it’s because you were saved from eternity past, and you just came to recognize, in the course of time, that you are one of those whom God “ordained to be saved.” But you don’t really choose. You “got saved” because God chose you long ago. I wasn’t sure I liked his theology at the time. That wasn’t how it worked for me.

One day, Phil told me how he became a Christian.

And when he did, I had more of an appreciation for his theological position. I’m not sure how the conversation even started that day, but I’m glad it did.

Phil told me about his past life – his life “BC” – before Christ, and how much different his life was. When I knew Phil, he was a quiet fellow, and seemed to be reasonably modest and self-controlled. But as he tells the story, he was not always like that.

Phil explained that he used to be a supervisor on the line a long time ago, and that job came with a number of troubles. It’s a difficult job, being a front-line supervisor in an auto plant. It’s especially stressful if you have a strong-minded workforce with an attitude that they don’t really want to work all that much, and they are backed by a union with very broad shoulders. And Phil had a bunch of them in his department.

Phil was a miserable man with a problem.

Phil was dealing with a lot. The guys in his department weren’t really happy with him.

And neither was his wife. He had been fooling around on her, and, being a philanderer and an alcoholic, his wife was getting ready to leave him. To put it briefly, he was pretty miserable, and he admitted that he was completely miserable to live with. And to work with.

Anyway, one day, Phil had a situation on the line that was very quickly turning into a very serious and soon-to-be expensive problem.

And, there was Murray.

Now, you have to know Murray to appreciate him. He was a simple guy. By simple, I don’t mean stupid. I mean uncomplicated. Murray was just a plain, humble guy, who somehow was known as a Christian, even though he never seemed to preach much to the guys he worked with. Now I MYSELF was in the habit of preaching to the guys I worked with at the time, but I will say that they didn’t always do well with it – partly because (just being honest here) I was, at times, pretty vocal and opinionated about it.

But unlike me and my frequent preaching to people about how they needed to be saved, Murray was quiet about his faith. People knew he was a Christian, but he seemed never to preach at anyone. And yet, he hosted the presence of The Lord as he went about his work from day to day. They just knew there was something different about him. People knew, somehow, that if there was a God, he and Murray were pretty close.

As I said, on this particular day, Phil was having this “soon to be expensive” problem on the line. One of the operations in his section of the plant required a very specific bolt that had to be put in the vehicle at this point. If that bolt was not available, there was no way to continue running that line. They would have to stop the line and send everyone home. And THAT is expensive. You have to know that when these assembly plants have to shut the line down, they count the cost in thousands of dollars per minute. THAT is an expensive bolt.

Phil knew they were in the plant. He had checked the records and he knew they had been received in shipping. But they weren’t where they were supposed to be. And they were now literally within a couple minutes of seeing the line shut down and the shift workers sent home. Heads were set to roll, and Phil’s would be rolling with the rest.

And this is the point in the story where Phil got my attention. Phil said he watched Murray as Murray went to look for those bolts. Phil said that everyone in management was feeling the pressure that was about to hit if the line went down. And as he was feeling that pressure growing (and knowing Murray was a Christian) he watched as Murray took a left to turn down one of the isles where the parts were stored.

And then Murray stopped. He quietly bowed his head for about 20 seconds. And then, he looked up suddenly, spun his head around, did a “180” in the isle, and walked the opposite direction. And thirty seconds later, he came from that other direction with that box of bolts in his hands.

And in that instant, Phil knew that Murray’s God was real.

Phil said to me, “I just knew. God just somehow gave me the grace to believe it, I guess. But in that instant, I saw that Murray’s God was real. AND I WANTED TO KNOW THAT GOD.”

Murray had never preached to Phil. Phil knew full well he was a sinner. Murray never pointed that out, never pounded on him about what a horrible man he was. But when Murray prayed, and Phil saw that God had answered Murray’s prayer, God used that to reach Phil.

Now, we can argue until the cows come home about whether God chose Phil or Phil chose God; whether God chose to give Phil a chance to respond to an invitation, and if Phil chose to respond to the chance that God was giving Phil in the moment, or if God just caused Phil to believe, and so he just did. I guess Phil and I might still see it differently, if we were to sit down and compare notes about it.

And that might even be a good discussion to have, depending on how it happens.

But getting caught up in that would miss the point to be learned from the story. The point here is that we don’t know what God will use to get someone’s attention. We need to understand that sometimes, it’s not our talk but our walk that will be the thing that God chooses to use in someone else’s life.

In the bible, in Peter’s first epistle, he says, “always be ready to give an answer for the hope that lies within you.” And I think that is good advice – especially since it is in the bible. But just never forget that it also says, “we are epistles to BE READ OF ALL MEN.’

Murray said nothing that day. He was READ. Like a BOOK.

He was read because he was ABLE to be read – because He learned what it was to “do justly, and to love mercy, and to walk humbly with His God” (Micah 6:8)

So always be ready to give an answer for the hope that lies within you. But rest in God for the timing and the “how” – even if it’s just walking close enough to him to hear him say “turn right” when you were going to turn left.

Because you never know how God will use that simple act to bring a lost soul to Jesus. And your effective preaching – your “word in due season” – may be spoken without a single word.

See also  DO YOU FEEL CALLED TO BE A LEADER OF LEADERS? HERE’S SOMETHING YOU SHOULD KNOW
Powered by Inline Related Posts

Resting In God As A Pathway To Peace
Sometimes Saying You Don't Know Is The Best Ministry
There Are Some Decent People In This World
Tags: hearing God, prayer, trusting God, witnessing