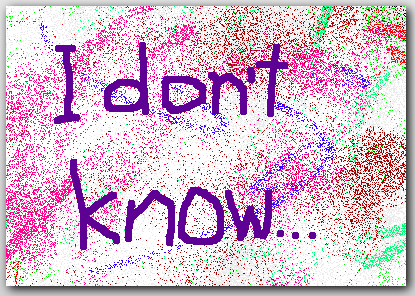 I remember, years ago, when I was working in a factory with a group of guys who knew I was a Christian and who knew that I was pretty vocal about it. At the time, the gospel was pretty simple for me. You have to make a choice. Jesus died for your sins. You have to accept Jesus as your Lord and Savior. (I still believe this, by the way.)

But at the time, there were a number of people in the group, of all persuasions. “Harry” was a guy that had a very tough skin, and a very hard background. He was the typical “biker gang” type of guy, who would make threats to hang people up and slice them open to watch them bleed out if you crossed him the wrong way. He watched me with curiosity, and we often compared stories and ideas about life. I don’t recall that I was ever afraid of him or anything. But it was obvious he didn’t really like me, or what I stood for.

“Gary” was another guy in the group. He was a nice guy – very gentle-spirited and always friendly. You’d never know, judging by his demeanor, that he ever had a care in the world. He always smiled, always had a kind word for people. It was interesting to watch the interaction between the guys in our work group. I noticed that Bob and Harry seemed to get along alright, though they would have been very much opposed philosophically. In fact, it was interesting to see that, although Gary and I would have agreed with each other about the bible, Harry seemed to like him when he didn’t like me.

One day, I remember coming to work, and Harry approached me pretty quickly to tell me that Gary had committed suicide the night before. His wife found him hanging from a rope in his garage. No one seemed to have any idea that he was depressed, or that he had been struggling with suicidal thoughts or anything of the sort.

Harry looked at me, and asked, “how can you say this God of yours is a god of love if he lets a guy as nice as Gary commit suicide like this?” I could see Harry was pretty angry about this. He really liked Gary. He just didn’t see how this was fair. In Harry’s mind, God had once again failed him.

With as much honesty as there was inside me at the moment, and with as much compassion I could feel in the moment, seeing the hurt on Harry’s face, I simply looked at Harry, and said, “I don’t know.”

Perhaps it was the Lord moving in the moment; perhaps it was just my feeling for Harry in the moment more than my theological brain running on steroids. The truth was, at that moment, I really DIDN’T know. I have ideas about it now, in later years; but at the time, I was just blessed with the ability to be REAL in the moment.

The scriptures tell us to “set Christ apart as Lord in your hearts and always be ready to give an answer to anyone who asks about the hope that lies within you” (1 Peter 3:15). But at that moment, I just didn’t have an answer, and quite frankly, I’m glad I had the good sense to shut up.

You see, that same passage that says be prepared with an answer also says to “do it with courtesy and respect, keeping a good conscience” (1 Peter 3:16). Sometimes, there is more in the story about how you come across to people; how you say it is so much more important than what you say. Sometimes, people want answers and you just won’t have them. I didn’t have any answers that day. I just didn’t.

Something changed in that moment between Harry and me. I saw him get a tear in his eye. And I believe I got a tear in my eye, too. There was an honesty between us in that moment – Harry wearing his pain, me feeling the pain he wore. And in that look we exchanged, I realized that we connected in the moment like we never did before.

I still bump into Harry from time to time at the coffee shop. We are both older now. He still calls out to me, and if he sees me in line, he will come over to see me and say hello. It seems he really likes me now.

And I would never say that our goal in life should be to just make sure that people like us. I don’t believe in compromising principals to make peace. That is not what I’m talking about. What I AM talking about is what we see in the scriptures, where it says, “if possible, so far as it depends on you, live peaceably with all people” (Rom 12:18).

It’s good to be PREPARED to give an answer to anyone who asks about the hope that lies within you. But if, in the crunch of the moment, you find out that, though you were prepared, you weren’t really READY, at least remember to be kind, honest and humble about it. If people can see that you CARE about what they are feeling, they will know you have compassion. THAT sometimes will speak to them more than answers ever will.

Sometimes, God can use your humanness more than you would ever expect.

God Speaks From Time To Time
The Ship That Won't Sink
Fifty Shades of Grey
Tags: disappointment with God, effective ministry, when God fails you