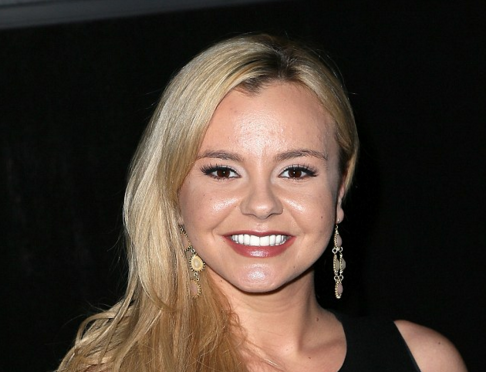 Francis Frangipane, in his book, “The Three Battlegrounds,” says, “the devil traffics in unconfessed sin.”

This is so true. We will sometimes carry things for years as our own struggles, living forever in cycles of guilt, shame, confession, forgiveness, stumbling, guilt, shame… and yet, until we are brutally honest about our constant struggles with another brother or sister in Christ, that thing will have power over us and keep us forever locked in a cycle of living below where God wants us. But as soon as we lay it bare, in the open, God moves in it to show His grace and glory, giving us power in the confession to bring us to a place of wholeness and deliverance.

I Admire Jonathan Welton For His Transparency

I don’t know how many of you would know of Jonathan Welton, but for whatever else you may think of this man and his ministry, you have to recognize that he talks – freely talks – about his struggle with pornography with his audiences. He struggled with that for many years, even while being involved in a very effective ministry to others. But he found the devil was trafficking in his unconfessed sin, and it was freeing for him to be able to discuss it with someone else

God Took His Struggle And Made Him A Trophy Of Grace

Jonathan found a pretty quick road to recovery when he finally realized that his struggle was one of not recognizing his identity – as long as he continued to be trapped in a cycle of seeing himself as a failure, he would stumble and fall over and over. It was only as he learned to see himself as a child of the King that he was able to recognize both his identiy and responsibility as “royalty” to live in that level of existence.

I was very moved by this “open letter” to a former porn star, a Bree Olson, who has apparently left that industry and has received some flack for it. I won’t quote all the letter here – the end of it is basically an invitation to her to attend his online bible school. You can look that up on your own. I didn’t want that to distract from the powerful message that lies in this open letter on Facebook. So read this, below, and see what I mean – about his openness and the important message of redemption he speaks to her.

That is a big story to cover in one paragraph but I believe that God treats us according to our destiny, not according to our history. You are not a porn-star, that is your history, you are your destiny and your destiny is still ahead of you in the future. I hear the pain in your interview and as a father; I would never want my daughters to feel like you are feeling. You should not be treated this way, it is wrong and I am sorry.

No matter what my daughters ever do, they will always feel loved, safe, clean and cherished in my presence. You deserve to feel the same and I am sorry that you are not able to feel that way right now. I want you to know there is hope. Please do not give up. Do not give into the dark thoughts, I have been there too, ending everything will not make your life feel better, it will simply end your hope of a good future, and there is hope for a good future, push through and keep going. As a man, I apologize to you, please forgive us. Men were designed by God to be protectors, but many of us have become predators. What I can tell you is that men can become transformed into healthy safe protectors that you would feel clean and shame-free around.

I know this because I have become that. Not only do my daughters have a loving father, but my wife has a husband that she can totally trust. I don t know if you have any church background, I would guess that you might, considering that 89% of strippers (I know you aren t a stripper) have a church background (Statistics from Stripped by Bernadette Barton). So maybe you have heard the story of the son that took his father’s inheritance and ran away from home to do evil. Then when the son returned to his father, he threw his arms around his son and cried because his son had returned. The son must have thought his dad would be angry with him, maybe he would be punished, or maybe he would have to be ashamed of what he had done. But the father loved him in such a way that the past was washed away and relationship was restored.

I know God as a Father in heaven that loves and cleanses us of our past. I believe that He has me writing to you today to tell you that He is calling for your heart. He loves you and wants to put the shattered parts of your heart back together. He wants to wash you clean from the shame, to stop the dark thoughts, to remove the bad dreams, and to put joy back in your heart. I see the happy little girl that you used to be, He wants to restore what was stolen from you. I believe that if you are honest and close your eyes and ask God to cleanse you and hold you close, you will be able to begin the same kind of relationship with Him.

That is powerful. If you can grasp that truth, it will transform you into God’s highest desire for your life.

If you struggle in bondage to some sin, understand that you are not alone. Find a mature believer you feel you can trust, and take a brave step: “confess your sins one to another that you may be healed.” (James 5:16)

Sometimes, seeing another human look at you, through your struggle, as a sinner saved by grace, is one of the most helpful healing steps you can take.

Dancing With The Devil

If anyone has struggled with an addiction or struggled with a besetting sin, he or she knows how difficult it can be to break free. And so often, in the struggle and the turmoil, there is the questioning of God and of His mercy and His wisdom in letting the addict struggle and fail – […]

How To Overcome Besetting Sin

How do you get victory over besetting sins – a sinful habit or way of thinking? Many people know the thrill of victory and the agony of defeat over some particular struggle with sin; they feel good about themselves when they get it right; they beat themselves up over it when they get it wrong. […]