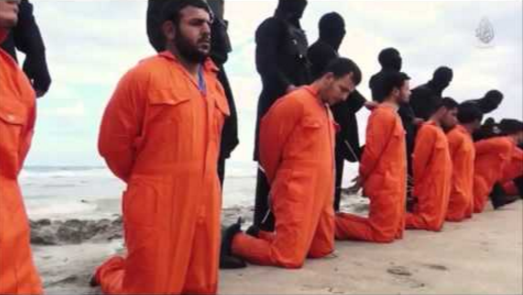 No one is beyond saving.

That was the headline in a recent story from YWAM (Youth With A Mission) about an ISIS fighter who came to Jesus after a dream he had, in which Jesus said to him, “you’re killing my people.” Nabeel Quereshi (author of the book, “Seeking Allah, Finding Jesus“) talks in that book about how God often speaks to muslims in dreams and visions.

We all know and admire who “The Apostle Paul” is. But sometimes we gloss over what “Saul of Tarsus” was like before he was confronted by Jesus in a vision. When you read the story in the book of acts about how Paul was saved, it is easy “skip on by,” and ignore the fact that Saul was a murderer and a chief persecutor of the church when this happened. It’s not that we deny it, or even that aren’t aware of it. But we move past it quickly. After all, we see how Paul turned out in the end, so we see that moment through the lens of a Christian eternity. Yes. He was a murderer. But God worked in it.

But think about some realities in that story. There were many who gave their lives rather than turn their backs on the saviour who loved them so much; families torn apart, children denied their parents. And before Saul was saved, he saw a lot of people dying rather than giving up their faith in their saviour. We don’t know how many people Saul killed or had killed. But we do know that the God of heaven draws people, convicts people of their sin, haunts them sometimes with the reality of who they are and how wretched they really can be. But sometimes, like Nathan with David regarding his sin with Bathsheba, it’s not until we’ve sunken really low that God confronts us with the realities of what we’ve done.

In this particular story of the ISIS fighter who came to Jesus, he says that he was given a bible by a well-meaning Christian just before this Christian believer was killed at his hand. The last act this Christian did before he was martyred for his faith was to give a bible to the very same man he knew was going to kill him.

And then, after he had killed that believer, this young ISIS rebel says about that bible, that, “against all odds, [he] started reading it.” It’s impossible to know EXACTLY why this muslim started to read that bible. But sometimes we forget, when we see how evil some of these people are, that “God so loved the world that He gave His only begotten Son.” We forget that God has purposes and ways that are above our ways. We forget that God is able to prompt people about the condition of their souls, no matter how wretched or beyond saving we think they may be.

We often forget that we can only see in the present with an understanding of the past, but God sees the future.

What we can know in this story is that there was a believer, who, when facing death, thought the last thing he could do before dying at the hands of his persecutor was to reach out in love to the very same man who was going to kill him. This believer, about to die, held out to this ISIS militant, from dying hands, the word of life. And God used that bible to draw a sinner to Jesus.

See also
Sometimes, You Don't Have To Say A Word
Powered by Inline Related Posts

When God speaks in a dream or a vision, it never just happens in a vacuum. God always has a purpose behind dreams and visions. He uses dreams and visions against the backdrop of the circumstances you are in or have been through in the past. When He speaks to you in that dream or vision, He works through it to throw an entirely different light on your circumstances than you saw before. And when He does this, He gives you an opportunity – a door to choose to walk through into a different kind of future.

But now, looking at it in the past, we can see that, in this case, the blood of the martyrs at this militant’s hands is what had to be shed before the light of God could illuminate the reality of just how cold, dark and evil this ISIS fighter’s heart really was.

This ISIS militant admitted that he actually enjoyed killing Christians. But when God started dealing with his heart, he became sick to his stomach thinking about what he was doing. And it was during these times of self-loathing and doubt that God spoke to him in these dreams.

If We Should Have To Die For Our Faith

It has been said before that, “the blood of the martyrs is the seed of the church.” It took a lot of blood from a lot of saints to be planted for this one man to come to the place he now was – a place where God could use dreams to speak to him about his actions, show him the reality of who Jesus is, and save his soul. Was it worth it? That is probably not a “fair” question to ask. God’s economy is not like ours. Did it “have to be?” It seems that, since ISIS is determined that Christians deserve to die, and Christians know that giving their lives for their saviour is sometimes necessary, then those realities mean that, in this case, it likely “had to be.”

But you still feel a need to ponder the question, “was it worth it?” Perhaps it was the very picture of a believer, about to lose his head at the hands of a murderer, and yet having concern only for the condition of the soul of the killer that was the very kind of image God needed to “bring it all home” when Jesus spoke to that sinner in His dream. Sometimes, the blood of the martyrs is the seed of the church.

We don’t know what the future holds for North America. But we should always pray that, if the time should come, we would be willing to remain faithful to the end, being willing to hold out, with our dying hands, the word of life.

That kind of final act may be the very reality that God will eventually use to transform the life of one – one for whom Christ died before we did.

Resting In God As A Pathway To Peace
How To Overcome Besetting Sin
Sometimes, You Don't Have To Say A Word
Tags: martyrdom, witnessing to muslims