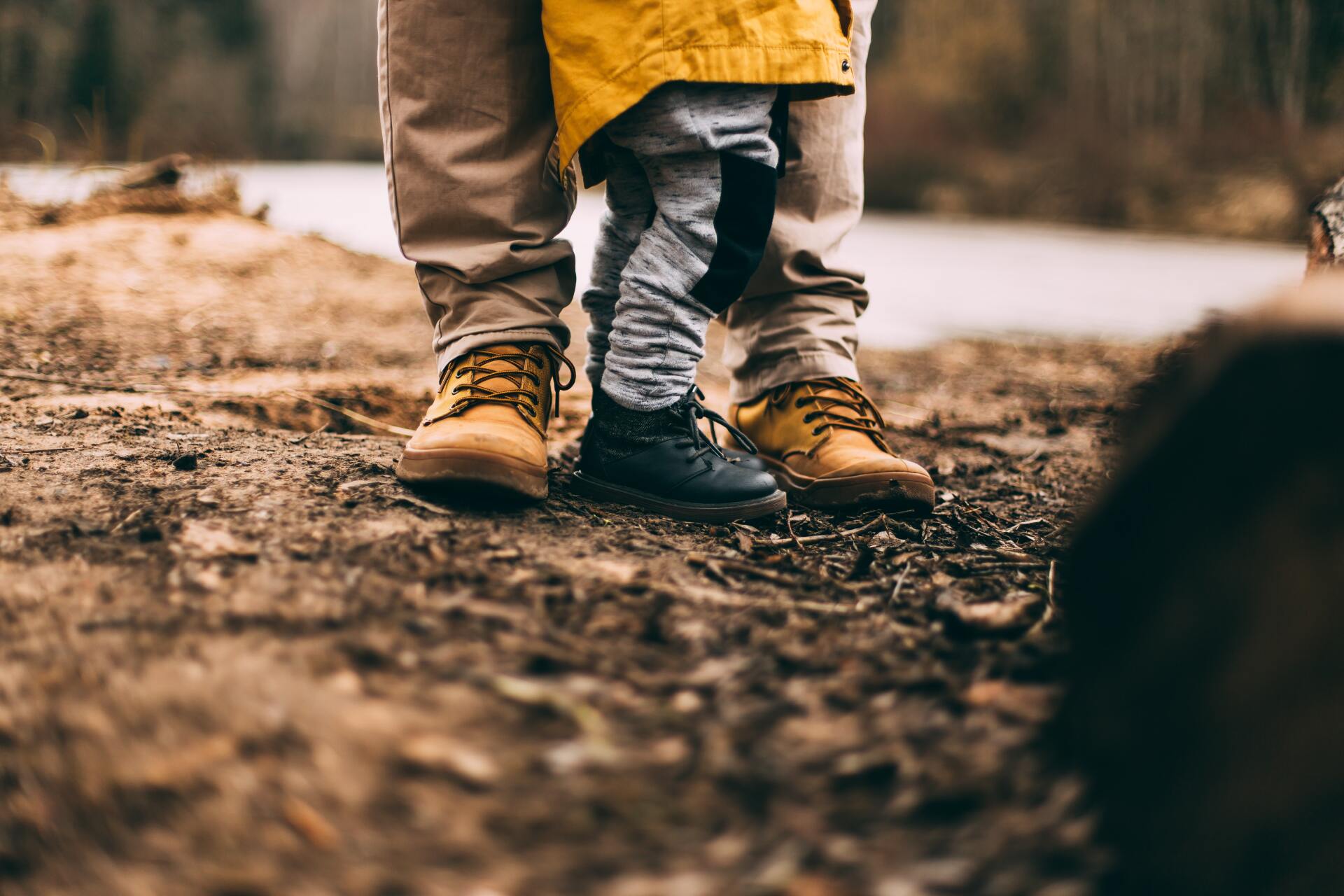 We are in the midst of a fatherless epidemic. Fathers have exited the picture; they have not died from war, nor have they returned home. Children are growing up in homes with unstable beams and cracked foundations and have been left to battle the storms of life without the provision they need, the protection of a man, and promotion into their destinies.

One Sunday morning about a year ago as I was praying before service, I heard the phrase “prepare for re-entry.” As I began to try to make sense of what this God-appointed word meant, the scene began to play out on the screen of my sanctified mind like a divine documentary as I watched the prodigal son’s father preparing for his re-entry. The scene opened with the father working in the field raising a fattened calf, gathering fabrics and materials to begin preparing a robe, ring, and sandals for his prodigal son’s return. The father did not labor in vain because it was by faith that he was led to prepare for the return of his son.

You could imagine the years of grief and devastation the family and community felt as the son made decisions to leave his father’s house, waste his father’s money, and ditch relationship with God for the exchange of wild women and ungodly affairs. The father, even in faith filled expectation of his son’s return, did not prematurely jump to the occasion to rescue his son from the pigs palace, but allowed for the work of a repentant heart to lead him home. His earthly father did not restore him, but he orchestrated his restoration so that the entire community that was grieved by his decision became the very people that were a part of his restoration. The entire community reestablished his nobility (the robe), purity (the sandals), and his authority (the ring). In this story, the standard he returned to was not the lowered standard set by the effects of his abandonment, rather the tone he returned to was set by the father and now his son would live up to it.

While the vision of the prodigal son was still prevalent in my heart, I began to see a vision of my son. He was in a stadium filled with men teaching the principles of fatherhood, and enacting the rite of passage into true God-given manhood. The vision grew and I began to see stadiums all over the nation filling with men. I texted my son Jason and he replied back: “That is what God has been telling me for a year.”

It was confirmation to me that the Lord is in the midst of orchestrating a monumental movement. Like the father prepared for his prodigal son’s return,
the Lord is stirring the hearts of men and preparing a generation to live in the fullness of their potential. Can you imagine a world where men are living in the fullness of their ability and are equipped for the lifelong journey of manhood?

Now, how does the prodigal parable play into the prophetic proclamation of today?
I believe we are in the midst of a Malachi 4:5 moment
— the Lord is touching and turning the hearts of fathers towards sons and sons back towards fathers. Malachi foresaw a moment where fathers would be alive, but they wouldn’t be present. I’d propose the pain of a father alive, but choosing not to be present in their child’s life is more painful than the tragic death of a father. The pain of rejection and abandonment is enough, but the lack of guidance and understanding of a man’s calling is affecting the world beyond the four walls of our homes.

The effects of fatherlessness are rampant throughout society.
These statistics
are shocking and cannot be ignored! It has become heavy on my heart that we must rise to the occasion and be the change among this generation. I hope you allow the reality of these statistics to sink in and you begin to ask the Lord how you can play a vital role in the societal transformation.

This past week,
I sat down for a conversation with my son and founder of BraveCo Jason Vallotton.

A generation of families broken and homes shattered by fatherlessness is apparent in today’s society. Jason shared, “The role of a father in a home is to protect, promote, and provide. When you take that out of a home everything becomes unstable and needs go unmet.” As the Lord began to speak to Jason about His heart for men and prophetic mandate to “prepare for re-entry,”
Jason became ignited with passion to see a world where men are living out the fullness of their God-given identity, walking in wholeness, and surrounded by a brotherhood of men.
Men can no longer be living with broken expectations and understanding of the fullness of who they were created to be. Men, brothers, and fathers are vital for the health and wholeness of our world.

The Lord is working in our midst, doing the deep heart work in men across a generation, it is our job to “prepare for reentry.” What does this look like? This looks like training up the men of a generation to live in the fullness of their God-given identity. Men, you were not meant to walk through manhood alone — God intended for you to have your masculinity poured into by other men, fathers, and mentors throughout the course of your life.

From the passion to see men living in wholeness, purpose, and in community Jason launched BraveCo — a global men’s movement that equips men with the tools necessary for manhood, trains them through discipleship, and gives them opportunities to give back and pour into other men.

BraveCo is a movement of men that are not afraid to get in the foxhole together, take risks, fail forward, and step into our greatest potential. If you’re hungry to understand true masculinity and walk boldly in your God-given manhood, BraveCo is a movement of men that are pursuing wholeness, purpose, and community together; to become the brave men we were created to be and walk boldly in their God-given manhood. I want to encourage you to check out
BraveCo’s free 30-day challenge.
You’ll receive tools and resources to help you break free from anxiety and depression, boost your confidence as a man, and help you build a successful future. This is a great foundation for the journey of manhood.

I pray that no matter what your story is, if you have had the greatest male role models or if you have been left in lack by the abandonment or loss of a father that the Lord would begin speaking and healing the places of your heart. I encourage you to allow him to step in and be your Heavenly Father that is capable of abundantly more than we could ever ask or imagine.

THE RESPONSIBILITIES YOU DO AND DON’T HAVE WHEN IT COMES TO FORGIVENESS VS RECONCILIATION
4 PROPHETIC DISCERNMENT TYPES—WHICH DO YOU HAVE?
WHY THE NEW AGE MOVEMENT DOESN’T SCARE ME
Tags: Kris Vallotton