NOTE: This is a reprint of a post from the Kris Vallotton's website. Kris is a member on staff at Bethel Church in Redding, California. I share his posts here because I am always amazed at the insights the Lord gives him.

https://irp.cdn-website.com/a2941784/dms3rep/multi/GOD WANTS TO GIVE YOU LIFE SKILLS NOT JUST MINISTRY SKILLS.jpg 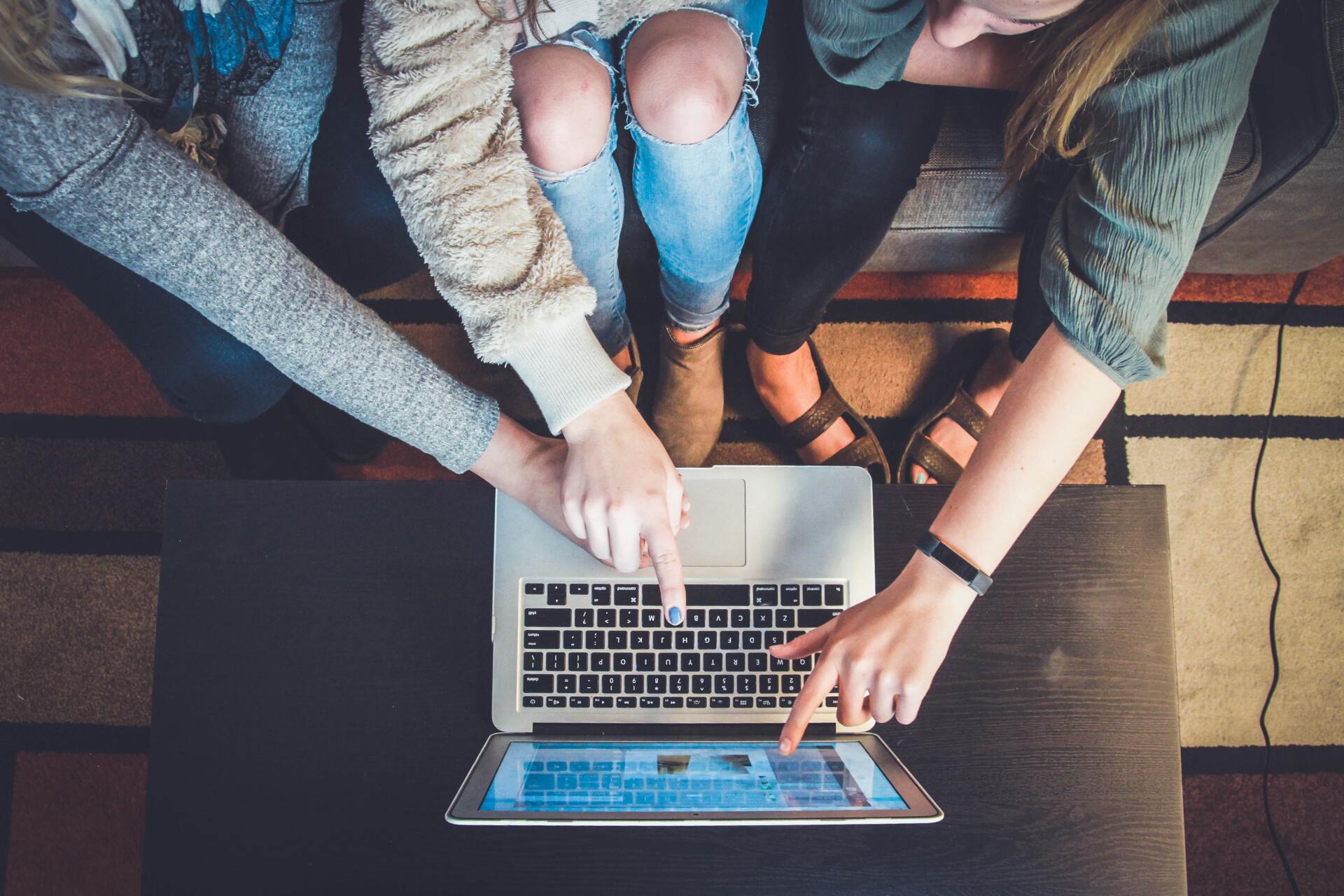 We were made to have connection and community; the need has been built into our DNA. God created Adam and with no time wasted created his partner Eve — that they wouldn’t be alone was part of God’s original design. On my journey in becoming a prophet, I noticed my lack of prophetic community. It was extremely challenging to not have a company of prophets surrounding me!. Not only because I felt alone in my process, but because there was actually a deep need to be surrounded by other prophets and be sharpened by my peers.

Along my journey, I began to meet other prophets and recognized the immense enrichment this brought to my calling. My good friend and prophet Dano McCollam has been an incredible leader in cultivating and stewarding a prophetic community. If you have followed my ministry for very long you may know of Dano because he and I founded the School of the Prophets together over 16 years ago. When I met Dano he did not consider himself a prophet even though I saw it written all over him. Dano explains that he counted himself out of being a prophet because he had a preconceived idea of what a prophet was supposed to look like. He had placed the role of a prophet in a box without realizing there are many different shapes and sizes in the call of a prophet; every prophet’s assignment and calling is unique. Now Dano is an acknowledged prophet, teacher, and leader with a unique and diverse prophetic ministry scaling beyond the four walls of the Church that impacts society in very practical ways. He has founded the ministry
Prophetic Company that trains, equips, and provides a healthy prophetic community for prophets and prophetic people all around the world.

Dano has been a continual support, strength, and significant voice in my calling and life. I am excited to share with you a conversation I had with him this past week on the call of a prophet, cultivating prophetic community, and our ability to train people in the prophetic.

(You can listen to my whole conversation with Dano here)

How did you know you were called to the office of a prophet?

You told me, Kris! I remember you called me up and asked me if I wanted to start an intensive training school for prophets. I told you I am not a prophet, but I have a few things I could teach on at the conference. It was actually not until the second year of the conference that the call on my life became very clear to me when another prophet called me out from the stage. He began to explain to me what my ministry was, and acknowledged me as a prophet. I think it was initially hard for me to adopt the idea that I was called to the office of a prophet because I had a preconceived idea of what a prophet was and I counted myself out because I did not look like that. I realized that there are different flavors of prophets with different calls and assignments on their lives.

I began to realize the idea that I had in my head was not actually what the call of a prophet was. I had thought a prophet’s whole ministry was based on judgments and filtered through doom and gloom. But, then I heard you speak on the difference between an
Old Testament and a New Testament prophet. I began to realize that a New Testament prophet’s ministry was of reconciliation — while yes, we believe in warnings, judgments are not in line with reconciliation.

You have developed a global prophetic community. What inspired this and how have you seen this impact the world?

Yes, about seven years ago I saw a shift in the prophetic — I heard the Lord say, “We are shifting from building prophetic celebrities to prophetic communities.” Now what I mean by that is from now on prophets would equip the saints in the gift of prophecy so that prophetic communities would begin to flourish. It became apparent through scripture that the healthiest times in the Bible were when there were prophetic communities. There are multiple examples of this from Elijah and Elisha who went to Bethel and said we should stay here since there are other prophets. We saw in 2 Samuel 20 that there was a group of prophets prophesying and anyone that came into their atmosphere also received a grace to prophesy. It is obvious that prophets are meant to live in a company of prophets.

Is teaching and training people how to prophesy Biblical?

Yes, there is no doubt that training prophets and prophetic people is Biblical. It is the prophet’s responsibility to equip the saints (Ephesians 4:11-13). How does a prophet do this? He teaches and trains others to prophesy; to walk in the gift that has freely been given to them through the power of the Holy Spirit. No, prophets cannot give the gift of prophecy, but they can help facilitate the gift.

One of the greatest examples of this was King David’s 24/7 prophetic training in worship school (1 Chronicles 25). The whole emphasis was to train people how to prophesy with their voices in songwriting and with instruments. As Believers, we know in part and see in part (1 Corinthians 13:9). When we live in community we have a greater and clearer view of what God is saying. When we talk about the School of the Prophets and training prophets we are talking about training people to recognize the voice of God. The challenge is never to get God to speak; He is always speaking. The challenge is recognizing it and choosing to obey. The Lord does not speak one-dimensionally; we must learn the multidimensions in which He speaks. The rate of your obedience determines the rate of your acceleration, but if you are not aware of how He speaks it makes it more challenging to respond quickly. The point of prophetic training is to learn to recognize the voice of God so we can respond quicker in obedience and with prophetic training we receive protocols that leave room for accountability that ultimately provide a healthier prophetic community.

What are prophetic finders?

I felt the Lord as me: “Dano, what would prophecy look like as a life skill and not just a ministry skill?” I began to pursue ways that we can use the prophetic for non-Church-related needs. In the exploration, I began to have a burden for missing children. I remembered that in 1 Samuel 9-10 they called in the prophet Samuel when they were missing donkeys. The mandate of Jesus Christ is that He came to seek and to save that which is lost; not just who is lost, but that which is lost. Therefore, there is an anointing for anything and anyone that is lost to be found. We began to experiment with that by praying over missing children’s posters. Someone on our team received information about one of the children that were missing for over two years. The reality of finding a missing child after two years is very rare. We weren’t quite sure what to do with the information that our team member had been given by God, so we just began to declare it. It was so crazy, but two days later that child was found.

This is what led me to speak with the senior leadership team at our church — their son was the police chief who was willing to meet with me. I asked him what it would look like if we were to actually help the police find missing children. He gave us a list of guidelines and protocols, but then told us there are actually two children in our county right now that are missing — one of them has special needs and needs medication in the next couple of hours. We began to pray and ask the Lord for a word, for clues, and insight. One of the girls on our team began to receive clues about where these two children were. She began to describe a green house she saw on a street that starts with J and is somehow connected to someone who claims to be a family friend. Right then and there the police chief called the parents and asked if this was a possible lead. Long story short, yes they had a friend that lived in a green house on a street that started with J, and both children were found within 24 hours. This was the start of prophetic finders and hundreds of circumstances where we have worked with the legal system to find missing people and to help solve crimes.

I hope Dano’s stories inspired you and reminded you that there are so many amazing unique and multidimensional ways God is speaking. In closing, my prayer for you is that you become more aware of the creative ways God is communicating with you. May the voice of God in our lives become the leading voice for change in this generation, giving us unique strategies, and creative solutions.

MIRROR, MIRROR ON THE WALL, WHO AM I AND WHAT'S MY CALL
HOW TO KEEP A KINGDOM MINDSET IN A POLITICAL WORLD
5 CHALLENGING QUESTIONS YOU’VE ALWAYS WANTED TO ASK ABOUT THE PROPHETIC—ANSWERED

I don't necessarily endorse all content from this site but it's always good to get different perspectives. http://www.krisvallotton.com/god-wants-to-give-you-life-skills-not-just-ministry-skills