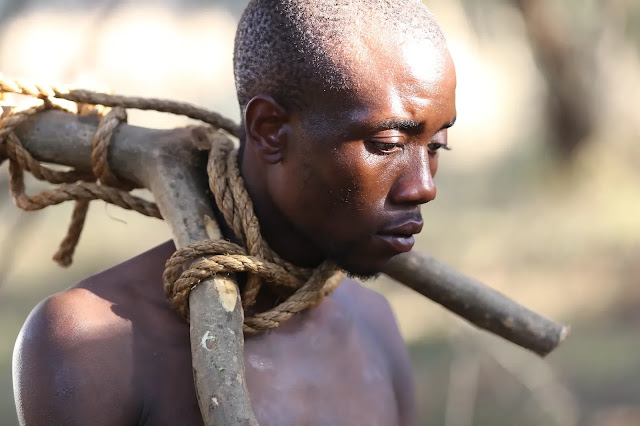 Just as religious leaders like to add more and more requirements to the laws of God, people in authority will have a yoke for you to wear. Every governmental body, every boss, and every person that has an interest in you serving their agenda, may keep increasing the load. Maybe it is a family member that has become your oppressor.

If you ever lifted weights, you know that extra weights can be added to push you harder. No pain, no gain. You need to exert more energy if you want to grow more muscle. You also know that there is a point at which you cannot budge the bar because the weight is too great. An oppressor goes beyond strength training to the destructive realm.

The Pharaoh Moses faced could not be reasoned with on a human level. Instead of lightening the load, he demanded that the Jewish slaves make more bricks, but now without straw.

An oppressor is one that enslaves you into their purposes and demands more than you can freely give. Jesus referenced the Roman soldiers that could legally force someone to carry their heavy pack and weapons for one mile.

The yoke was a symbol of servitude in the Bible. To emphasize the weight of oppression, the yoke is sometimes described as of iron (Deut. 28:48). It was also a symbol of the burden of slavery or taxes upon the people (I Kings 12:11), while freedom from oppression was described in poetic and prophetic literature as the breaking of the yoke (Jer. 5:5).

Jeremiah was commanded to go about Jerusalem wearing a yoke on his neck, as well as to send yokes to the kings of the neighbouring countries, to indicate that they, together with Judah, should submit themselves to Babylonian rule.[1]

Jesus invites us to be released from believing that we will ever satisfy our oppressors. The story of salvation and deliverance is one of breaking the yoke of slavery and oppression. But the freedom comes in surprising ways.

Instead of Jesus promising that Roman soldiers will be crushed and never ask you to carry their load again, Jesus says go the second mile with them. You will live with oppressors, but you will overcome the wearying demands they place on you by serving them generously from the heart. They took a mile from you, but what can an oppressor do with someone who goes twice as far? That is the freeing thing about your generosity. How can your heart compel you to be generous with a taker, unless you are yoked in with Jesus who died for them?

LOVING WITH A BROKEN HEART
THE BEACON ON MARS HILL
THE MINDSET OF A MAN THAT'S LOST HIS WAY
Tags: Inspiration, Rev Kevin Rogers