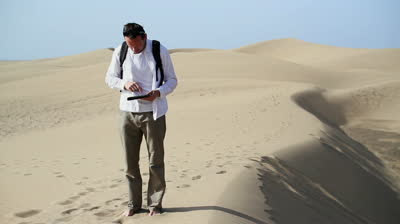 It’s possible to have a laser focused mind like Joseph and become a steadfast, loyal person. I would think that the betrayals and misfortunes of his earlier life brought him to his knees. In desperate times, we are inclined to call on God and reflect on what we need to do moving forward.

Never apologize for calling on God when you are desperate. There is no noble virtue in suffering without hope and taking the blame for your sins or shortcomings. What is worthwhile is the self-reflection and an appeal to God in your difficulty.

Do not get hung up on the common notion that says, ‘I didn’t call on God when things were going well, so what right do I have to call on him now’? That is an example of the Devil telling you what to say so that you don’t seek God’s help.

An example worth considering is David, the one who was said to be a man after God’s own heart.

Like Joseph, he had a series of family and political betrayals earlier in his life. He too, had a sense of God’s direction and destiny in his life. Both men held on to the calling and wanted to live a worthy life before God.

But your thought life can betray you in a heartbeat. Can you be full of God’s Spirit and loyal but  still lose your way? What happened to David?

It was spring. It was the time when kings go off to war. So David sent Joab out with the king’s special troops and the whole army of Israel. They destroyed the Ammonites. They marched to the city of Rabbah. They surrounded it and got ready to attack it. But David remained in Jerusalem.

2 One evening David got up from his bed. He walked around on the roof of his palace. From the roof he saw a woman taking a bath. She was very beautiful. 3 David sent a messenger to find out who she was. The messenger returned and said, “She is Bathsheba. She’s the daughter of Eliam. She’s the wife of Uriah. He’s a Hittite.” 4 Then David sent messengers to get her. She came to him. And he slept with her. Then she went back home. All of that took place after she had already made herself “clean” from her monthly period. 5 Later, Bathsheba found out she was pregnant. She sent a message to David. She said, “I’m pregnant.”

Where did David go wrong? What conditions were present in his life that made him more susceptible to this slippery slope?

1.     Resting At The Wrong Time – in a time of war when kings would accompany their armies to battle, David chose instead to stay at home. It’s possible that we get weary and step back from the places that we ought to be. It’s not wrong to rest or let others take their turn, but we need to keep the laser focus on what God has called us to.

2.     Being Restless When You Should Be Resting– if you are staying home, it makes sense to sleep at night. Whatever anxious thoughts or conditions were causing sleeplessness, David chose to go walk on his roof. Whether it was premeditated with a desire to view others undetected or a happenstance, the result was a willingness to watch.

3.     Making Arrangements To Do The Wrong Thing– kings and politicians sometimes have those who work with them and will not say no to any request. They do not challenge the choices or stand in the way of letting the king have what he wants. These servants are the path of least resistance. Through them, David finds out who she is and ‘rents the hotel room’ (so to speak).

Essentially, David makes the choices that lead to adultery, murder of Bathsheba’s husband and the consequence of being memorialized for his sin. David lost his opportunity to build the Temple because he was a man of war with blood on his hands. No doubt, Uriah’s blood was part of the consequence to David.

Later David would be confronted by the prophet Nathan and he would repent of these sins, but he had lost his way and was too entrenched to back out.

The proof that David was a man after God’s own heart, was his return after catastrophic failure. Here is David’s prayer following the events of Bathsheba and Uriah. This is how we should pray when we have lost our way.

Psalm 51
1 God, Have Mercy On Me According To Your Faithful Love. Because Your Love Is So Tender And Kind, Wipe Out My Lawless Acts.
2 Wash Away All The Evil Things I’ve Done. Make Me Pure From My Sin.

3 I Know The Lawless Acts I’ve Committed. I Can’t Forget My Sin.
4 You Are The One I’ve Really Sinned Against. I’ve Done What Is Evil In Your Sight.
So You Are Right When You Sentence Me. You Are Fair When You Judge Me.
5 I Know I’ve Been A Sinner Ever Since I Was Born. I’ve Been A Sinner Ever Since My Mother Became Pregnant With Me.
6 I Know That You Wanted Faithfulness Even When I Was In My Mother’s Body. You Taught Me Wisdom In That Secret Place.

7 Sprinkle Me With Hyssop, Then I Will Be Clean. Wash Me, Then I Will Be Whiter Than Snow.
8 Let Me Hear You Say, “Your Sins Are Forgiven.” That Will Bring Me Joy And Gladness. Let The Body You Have Broken Be Glad.
9 Take Away All My Sins. Wipe Away All The Evil Things I’ve Done.

10 God, Create A Pure Heart In Me. Give Me A New Spirit That Is Faithful To You.
11 Don’t Send Me Away From You. Don’t Take Your Holy Spirit Away From Me.
12 Give Me Back The Joy That Comes From Being Saved By You. Give Me A Spirit That Obeys You So That I Will Keep Going.

HEDGING YOUR BETS
WHAT'S IN A NAME?
PRICE CHECKING WHAT THE WORLD IS SELLING
Tags: Israel, prayer