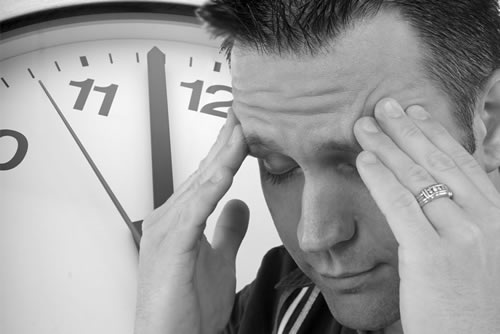 NOTE: THIS ARTICLE is a reprint from the blog of reverend Kevin Rogers of New Song Church in Windsor, Ontario and is reproduced here for your convenience. You can visit the his blog called "The Orphan Age" HERE.

There comes a point at which one asks, ‘What is my purpose in life?’

Others were driven to make people like them. Others were desperate to be heard or competitively driven to be better than the rest.

So much of our purpose is tied to the relationships we want to secure and the drive to accomplish something that we can take pride in.

But then… failure, tragedy and unexpected changes come, and a life lived on purpose goes into a state of crisis. When all that you thought you were living for is gone, what then? Increasingly we are seeing people suffering from a meaning crisis.

“Many people are talking about the meaning crisis, but what I want to argue is that these problems are deeper than just social media problems, political problems, even economic problems… they’re deeply historical, cultural, cognitive problems.”[1]

Jesus saw the meaning crisis in his time, and with eternal eyes saw the crisis that would emerge in your life as well.

35 Jesus went through all the towns and villages, teaching in their synagogues, proclaiming the good news of the kingdom, and healing every disease and sickness. 36 When he saw the crowds, he had compassion on them, because they were harassed and helpless, like sheep without a shepherd. 37 Then he said to his disciples, “The harvest is plentiful, but the workers are few. 38 Ask the Lord of the harvest, therefore, to send out workers into his harvest field.”

In your lifetime, has there ever been a time when Canadians felt more harassed and helpless? With an election around the corner, do you sense the cry for a leader that will be a good shepherd to the nation? Our greatest fear is that we will be led by wolves rather than shepherds.

As Vervaeke alludes to, the meaning crisis is deeper than bad actors in social media, corrupt politics, or a failing economy. Our angst and malaise run from a deeper place within us.

Jesus said that we should pray that God would send more workers into the field. Harassed and helpless people need others that will lead the way to ending the eternal meaning crisis. Perhaps our highest purpose can be found in working with God in all that we do.

There is still good news for burned out sheep and drifters without direction. In the words of the Westminster Shorter Catechism, ‘Man’s chief end is to glorify God, and to enjoy him forever.’[2]

This is the answer to our meaning crisis.

I don't necessarily endorse all content from this site but it's always good to get different perspectives. https://revkevinrogers.blogspot.com/2021/09/the-meaning-crisis.html