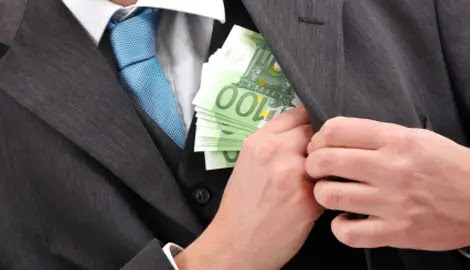 If the outlaw faces judgment, he is going to need a good defence lawyer. A lawyer will endeavour to prove that his client is not guilty, or at least not maliciously intent on breaking a law. The problem is that there will also be a prosecuting lawyer whose aim it is to prove that you are guilty.

There is an interesting phenomenon that happens to people trying to live up to God’s standards. If they are not rightly motivated inwardly, they will get obsessive about hacking their aim and telling others that they are the masters that can teach others how to achieve their spiritual aims.

It’s exactly the old adage that those who can’t, teach.

Jesus spoke to the crowds and to his disciples. 2 “The teachers of the law and the Pharisees sit in Moses’ seat,” he said. 3 “So you must be careful to do everything they say. But don’t do what they do. They don’t practice what they preach. 4 They tie up heavy loads that are hard to carry. Then they put them on other people’s shoulders. But they themselves aren’t willing to lift a finger to move them.

Watch out for people that try to load you down with high expectations but don’t offer any understanding or relief for the burden they lay on you. They may be legalistic in their passion for definition, but inwardly lack the law of God. They may have the authority to wield the law, but are more interested in winning their case than being personally answerable for the consequences that ensue.

Lawyers are often great communicators and can weave a story line that will either condemn or excuse a lawbreaker.

Watch my life carefully. I may appear to be a masterful persuader and still have a lawless heart. Fortunately, you will not have to answer for me. I stand before the one true judge that can truly condemn me or save me. Don’t be naïve and do look out for the Pharisaical lawyer in me and for the one in you.

Fortunately, God has mercy for outlaws and for self-righteous lawyers. Otherwise, we would be surely doomed.

“Look! In Zion I am laying a stone that causes people to trip.
It is a rock that makes them fall.
The one who believes in him will never be put to shame.”

Imagine that. Your faith in the goodness and mercy of God is the bullseye. Jesus died to save outlaws and lawyers and we are both.

THE GODHEAD IS A FAMILY
RESCUED FROM HATERS
JOURNEY OF THE SPIRIT PARENT
Tags: Inspiration, Israel, Rev Kevin Rogers