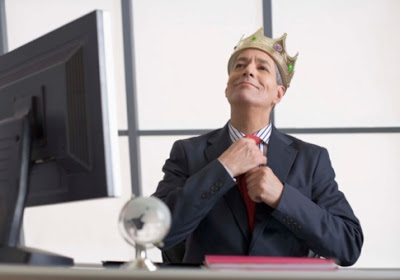 Imagination is quite possibly a uniquely human ability. In essence, it allows us to explore ideas of things that are not in our present environment, or perhaps not even real. For example, one can imagine the cup of coffee seen the day before, or one can imagine an alien spaceship arriving in the earth’s orbit. The key is that what is imagined is generated from within rather than perceived based on input from without.[1]

Imagination can be a wonderful gift that helps us to be creative or it can be problematic and lead us to escapism and a false sense of who we are.

Listen to this use of the word imagination in the King James Version of the Bible:

21 Because That, When They Knew God, They Glorified Him Not As God, Neither Were Thankful; But Became Vain In Their Imaginations, And Their Foolish Heart Was Darkened.

Vain imagination is closely related to the sin of pride. Imagining a world without God and no sense of respect or gratitude for him.

There is a story of a king named Nebuchadnezzar who was so arrogant and prideful, that he lost his mind for a period of time. His vanity and sense of self-importance caused him to be in a state of mind that became sub-human.

Nebuchadnezzar had a few dreams that inspired and puzzled him. Daniel was the only man of God that could help him understand what his dreams meant. One of the dreams had a giant tree that touched the sky and a messenger from Heaven came down saying to cut down the tree.

Daniel interpreted the dream and let Nebuchadnezzar know that he was the tree in the dream that had grown too large.

God’s message was that the king needed to be cut down to size and would enter a period of madness where he would think he was a cow and eat the grass of the field. Later, the dream came true while the king was telling himself how great he was.

33 What Had Been Said About King Nebuchadnezzar Came True At Once. He Was Driven Away From People. He Ate Grass Just As An Ox Does. His Body Became Wet With The Dew Of Heaven. He Stayed That Way Until His Hair Grew Like The Feathers Of An Eagle. His Nails Became Like The Claws Of A Bird.

34 At The End Of That Time I, Nebuchadnezzar, Looked Up Toward Heaven. My Mind Became Clear Again. Then I Praised The Most High God. I Gave Honor And Glory To The God Who Lives Forever.

His Rule Will Last Forever.
His Kingdom Will Never End.
35 He Considers All The Nations On Earth
To Be Nothing.
He Does As He Pleases
With The Powers Of Heaven.
He Does What He Wants
With The Nations Of The Earth.
No One Can Hold Back His Hand.
No One Can Say To Him,
“What Have You Done?”

36 My Honor And Glory Were Returned To Me When My Mind Became Clear Again. The Glory Of My Kingdom Was Given Back To Me. My Advisers And Nobles Came To Me. And I Was Put Back On My Throne. I Became Even Greater Than I Had Been Before. 37 Now I, Nebuchadnezzar, Give Praise And Honor And Glory To The King Of Heaven. Everything He Does Is Right. All His Ways Are Fair. He Is Able To Bring Down Those Who Live Proudly.

HOW ARE WE 'DOING'?
THE YOKE OF THE LAW
FIND YOUR FIT BEFORE YOU HAVE A FIT
No tags for this post.