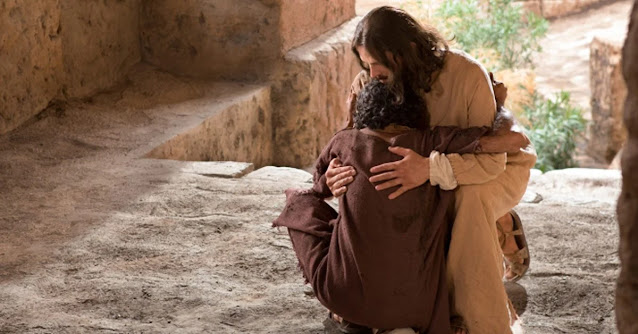 In the spirit of etymology and onomastics, let’s look at the meaning of three Bible names—Jacob, Israel, and Jesus. There is a primer for identity found here that is stunningly profound.

Jacob – Hebrew for heel, from both aqeb (heel) and aqob (deceitful)

Israel – Hebrew meaning to prevail, to become great in number

Jesus – Yahweh is salvation. Jesus is a transliteration of Iesous, which is a Greek form of the Aramaic Yeshu’a, which is a shortened form of Yehoshu’a. This is the same name as Joshua. Also same as Hosea.[1]

In the eternal plan to establish a people for Himself, Yahweh becomes the God of Abraham, Isaac, and Jacob.

While Abram was the original patriarch, a transformation happens in his life of faith that includes a renaming. God says that the man named Abram would be renamed Abraham. Abram means high father and yet he was childless until God reset the plan for his life. Abraham means father of a multitude. He would give birth to the promised son Isaac who in turn would be the father of Jacob.

Like his grandfather Abraham, Jacob had a name that meant one thing in his early years. God would rename Jacob, whose name meant one that is a deceitful grabber. In the possibly humorous birth story where he grabbed his elder twin’s heel during birth, a name was given that would define his character. Jacob would always be grabbing and taking advantage of others for his own benefit.

From the Hebrew name יִשְׂרָאֵל(Yisra’el) meaning “God contends”, from the roots שָׂרָה(sarah) meaning “to contend, to fight” and אֵל(‘el) meaning “God”. In the Old Testament, Israel (who was formerly named Jacob; see Genesis 32:28) wrestles with an angel. The ancient and modern states of Israel took their names from him.[2]

The name changed to Israel meant one that prevails, or fights with God. Israel’s prosperity and multiplying effect would come through wrestling with God instead of other humans.

This is part of the heritage that we are reliving.

To be one that grows and changes into an eternal identity requires that you cease fighting and grasping at what others have. Your struggle is not with people, but with God.

The transformation of a name and nature happened when he wrestled with God alone in the wilderness late one evening. Jacob thought he could wrestle what he wanted out of the hands of others and get away with it. But he could not win this way in his fight against God. The Lord conquered him by blessing him with a new identity. He would always limp after that because the fight was injurious to Jacob’s self-reliance and ability to run away quickly.

That brings us to the name that saves us all. Jesus means that Yahweh is salvation. We are saved from ourselves by God.

When you chase the etymology, you find that Joshua and Hosea are the same name as our English translation Jesus. Like Joshua, Jesus was the courageous leader who leads God’s people out of the wilderness and into their inheritance. Like the prophet Hosea, Jesus demonstrates the faithful love of God toward those who are unfaithful and adulterous.

In the birth of Jesus, there is a divinely guided naming that would align him with the people of God and as the King that supersedes all other human authorities.

8 He Appeared As A Man. He Was Humble And Obeyed God Completely. He Did This Even Though It Led To His Death. Even Worse, He Died On A Cross!

Even in the Son of God there is a lifting up to the highest place. When the name of Jesus is spoken in love, there is a presence of God’s greatness that inspires worship.

A CHRISTIAN FRAMEWORK FOR CONSCIENCE
THE AGNOSTIC'S DILEMMA
FIND YOUR FIT BEFORE YOU HAVE A FIT
Tags: Inspiration, Israel, Rev Kevin Rogers