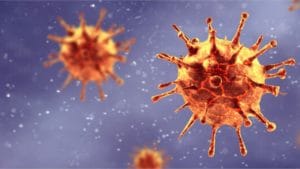 Wuhan Institute of Virology – along with its U.S. partner – manipulated the COVID virus in violation of regulations established by the National Institutes of Health. The manipulation of the virus allowed the it to to generate up to 10,000 times the viral load, according to information provided in a letter from the NIH to House Republicans.

This new information puts to rest claims that the virus was not manipulated to be more lethal and is a vindication to those that questioned Dr. Anthony Fauci’s earlier allegations that the NIH did not fund research.

In the NIH letter the agency stated that EcoHealth ( the US partner) violated provisions in its contract “requiring to report to government funders should one of the viruses in its experiment product ‘a one log increase in growth.’ The company did not report the increase. Instead, it worked with the Wuhan lab, and created extraordinary growth in the virus load from 1,000 fold to 10,000 fold. This increase led to severe disease in mice and deaths in the laboratory, according to reports.

News outlets that shunned those who questioned whether the virus was manipulated should be called out for their failure to do their job. Remember, questioning something does not make you a conspiracy theorist. In fact, asking questions and holding the government, agencies and departments accountable is wise and necessary for truth in any Democracy.

“NIH said the nonprofit partner, EcoHealth Alliance, must submit any unpublished data to the agency by Monday to come back into compliance with its NIH grant. Any new documents could shed further light on the controversial nonprofit’s research.

The EcoHealth project ran afoul of NIH terms because it experimented with changing the spike protein of a bat coronavirus identified by researchers as “poised for human emergence” and tested how well it infected human airway cells, according to the letter released by House Oversight and Reform ranking member James R. Comer, R-Ky., late Wednesday. The committee also released a long overdue progress report detailing the group’s work from 2018 to 2019. EcoHealth, a New York-based intermediary between the NIH and the Wuhan Institute of Virology, did not submit it to NIH until August.”

I don't necessarily endorse all content from this site but it's always good to get different perspectives. https://saraacarter.com/wuhan-lab-u-s-partner-questioned-about-covid-viral-load-manipulation/