Trump: Taliban are flying our helicopters…’It’s a disgrace’ 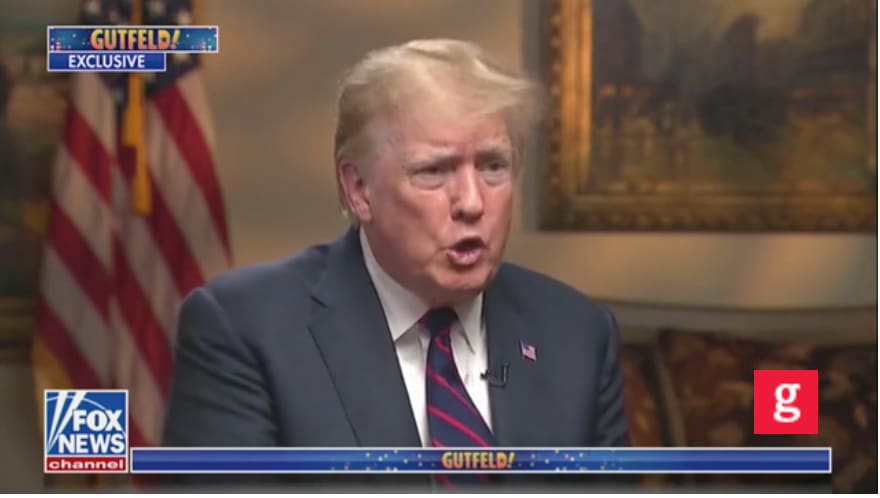 Former President Trump appeared on Fox News to blast President Biden for leaving military equipment to fall into the hands of the Taliban. Host Greg Gutfeld interviewed the former president on Wednesday.

“I mean, we did a great job. I rebuilt the military,” Trump told Gutfield. “All that beautiful stuff, that brand-new stuff, and you know who has it now? The Taliban. I built it for the Taliban.”

“It wasn’t supposed to happen,” Trump said. “Now we see these beautiful, perfect, brand-new rifles, and these guys are carrying two and they’re wearing our uniforms and flying our helicopters. It’s a disgrace.”

Recently, a video of a man dangling from a Black Hawk in Afghanistan went viral. An Afghan journalist revealed it was a living Taliban fighter attempting to hoist the Taliban flag. In the end, he wasn’t successful.

Now, the Taliban isn’t the only group with access to this equipment. Former U.S. Army Green Beret and Central Intelligence Agency liaison officer Jerry Torres appeared on the Sara Carter Show Monday to warn that the cutting edge weapons left behind and Biden’s failed evacuation has emboldened America’s enemies.

“Here’s the thing about that equipment, you know, the equipment are going to Chinese,” Torres told Carter. “The equipment is one thing, but the code behind it, the computer programming code behind that stuff, is what the Chinese and the Russians need to catch up with us.”

Meanwhile, the Taliban also utilizes the rest of the weaponry left behind to fight the Panjshir province. The province is the last of the strongholds of the resistance effort.

4They Fired The Unvaccinated Nurses But Accepted C-19 Positive Personnel To Work!

These are the things that make you think twice!
The Biden admin and the Dems wasted millions of dollars and many hours spreading their story about C-19. They have shared some videos, press conferences, and offered incentives; they have tried it all. It’s the Dems agenda!
Join The True Defender Telegram Chanel Here: https://t.me/TheTrueDefender
But this video you will see below is seven seconds long and shares the entire truth!
One man wears all the dressing of a nurse. However, the words on the screen tell everything.
“Me trying to process how unvaccinated nurses were let go, but now COVID positive nurses can work.”This is it! There is nothing more that you can see on the video, and it has 4 million views.

So of the people say,

“Exactly. I would rather have unvaccinated medical personnel without Covid any day over one with Covid. Makes no sense. It’s like Covid has caused many people to lose basic common sense.”
Another person wrote, “The narrative is crumbling because lies have short legs. People who speak mere portions of the truth to deceive are craftsmen of destruction. Lies are the doorway of self-destruction. That doorway is being busted right now.”
“The vaccine is the preliminary data they need for the digital passports. Yeah, I know conspiracy theory now…. Wait till you have to have one to vote and pay your taxes in 2022-2023. It’s never been about health, EVER. Wake up, sheeple.”
Watch: