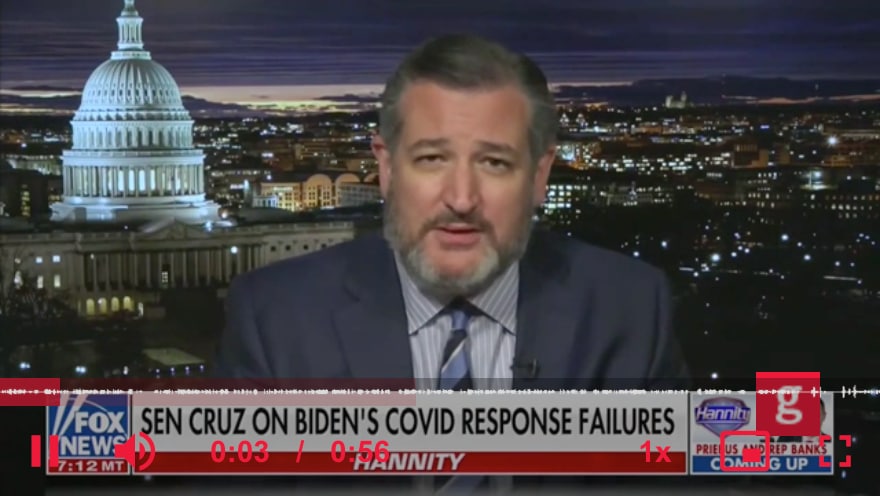 First, the Texas senator described his recent visit to the border. “I have seen cages of little boys and little girls packed in, one on top of each other,” Cruz told host Sean Hannity. “When we were there, they had a rate of COVID positivity of over 10%.”

Then, these migrants are asked to report to Immigration and Customs Enforcement after their reassignment. “About 13% of them report into ICE,” Cruz said.

As a result, COVID-19 cases are on the rise nationwide, not just at border states. “It’s spreading COVID into our communities,” Cruz said. “And I’ll tell you right now, the election of Joe Biden, Joe Biden becoming president of this country was a COVID superspreader event because they are releasing illegal aliens in south Texas and all across the country with Covid and they are spreading Covid. And yet, their radical policies, they don’t want to do anything to protect us.”

Then, in Cruz’s own state, lawmakers left for Washington D.C. weeks ago to avoid voting on Texas’ election bill. As a result, they caused a COVID-19 outbreak. Five of the lawmakers that left tested positive for the virus. D.C. Mayor Bowser enacted a mask mandate because it reached 52 cases per 100,000.

“Democrat stunts are superspreader events,” Cruz tweeted Thursday in response to the news.