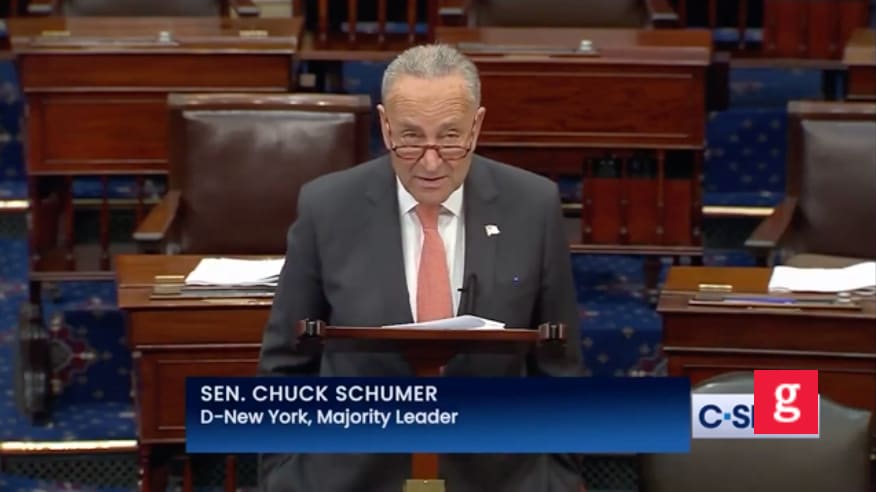 Majority Leader Sen. Chuck Schumer (R-NY) got on the Senate floor Tuesday to call an end to migrant deportations. According to him, the expulsion of anyone at the border is “hateful and xenophobic.”

“So I urge President Biden and Secretary Mayorkas to immediately put a stop to these expulsions and to end this Title 42 policy at our southern border,” Schumer said. “We cannot continue these hateful and xenophobic Trump policies that disregard our refugee laws.”

Then, Schumer attended the We Are Home rally just outside the capitol. There more advocates for undocumented migrants gathered.

However, Department of Homeland Security Secretary Alejandro Mayorkas has already claimed that he can do little to change Title 42. To hear him tell it, not even the President of the United States can change it.  Title 42 is actually a public health order from the Center For Disease Control and Prevention. It remains in place “to protect not only the American people but the migrants themselves,” Mayorkas said back in May. Because it is “tied to data,” Mayorkas said it’s a matter of public health standards that it will be lifted, not an executive decision.

Meanwhile, the Del Rio International Bridge in Texas hosted over 16,000 migrants this past week alone. August saw over 208,000 cross the southern border.