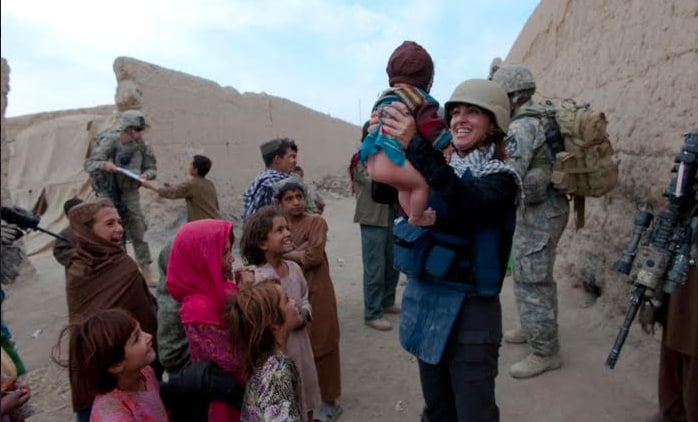 Sara Carter blasted President Biden for failing Afghanistan on the latest episode of the Sara Carter Show. According to her, the “administration just completely f***ed up” a safe withdrawal from the tumultuous country. Now, the Taliban is taking over instead.

“Afghanistan falls to the Taliban. You know they just walked in,” Carter said. Newly minted head of the Taliban Mullah Baradar even admitted it was easier to overtake the country than he thought. “[He] said in a video, basically ‘hey look, we just walked in. We didn’t even know it would be this easy,’” said Carter during her podcast.

However, there was a plan in place.

“It exists,” Carter said of the plan. “The Department of Defense has it. It’s all wrapped up in a nice bundle. We have these plans. They call them NEO‘s [noncombatant evacuation operations].” Instead of sticking to protocol, Carter claims Biden revealed the plan too far in advance.

“First, they advertised that we were going to pull out,” Carter said. “Why would you do that with an enemy?”

In the meantime, Carter is doing all she can to help her sources safely flee the country. She discouraged them from storming the Kabul International Airport, like over 20,000 Afghans have done recently. It’s a risky move, with as many as seven people left dead for trying to fight crowds.

I don't necessarily endorse all content from this site but it's always good to get different perspectives. https://saraacarter.com/sara-carter-says-the-biden-admin-just-completely-fed-up-afghanistan/