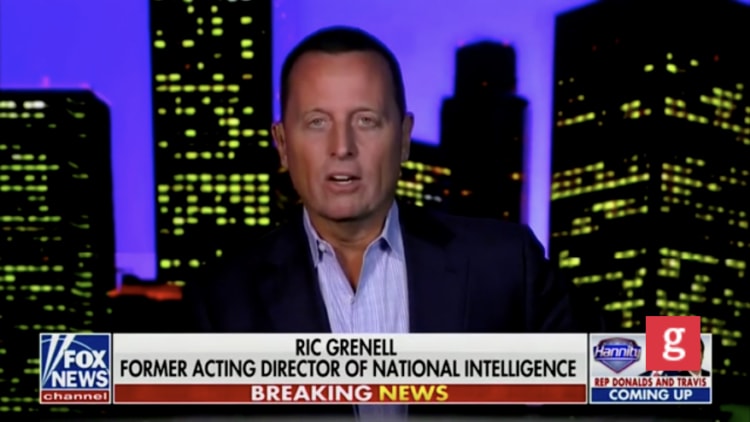 The former acting Director of National Intelligence Ric Grenell appeared on Hannity Monday to plead that Californian vote to recall Governor Gavin Newsom. Grenell is a current California resident himself. Therefore, he attended the Newsom rally in the state.

“One thing that is clear is that Gavin Newsom is scared,” Grenell told host Sean Hannity. “He has Joe Biden here today in long beach campaigning. They are paying people with stimulus checks. He is calling this the Republican recall. He is doing everything he can because they are scared.”

Yet, Grenell reported that many booed the president at the rally. As the president’s motorcade drove down Long Beach, California, many captured the boos on video.

“I think no matter what happens over the next couple of days, we have already won,” Grenell said. “We conservatives and we republicans in California have already won. We are putting to the vote of the people whether or not the governor is qualified.”

However, Sean Clegg, Newsom’s strategist feels differently. He reportedly told a crowd of journalists at the rally that there is “no scenario” where the governor loses. Fox News reporter Matt Finn tweeted Clegg’s quote Monday night.

Now, California voters will decide on Tuesday whether to recall current Governor Gavin Newsom. If he is recalled, conservative Larry Elder takes his place. Otherwise, Newsom will finish his term.

Democrat Senator faults Trump for Americans left behind in Afghanistan
DHS Secretary warns Cubans: ‘if you take to the sea, you will not come to the United States’
Dem lawmakers condemn Ilhan Omar for comparing US to terrorist groups

I don't necessarily endorse all content from this site but it's always good to get different perspectives. https://saraacarter.com/ric-grenell-supports-recalling-newsom-says-conservatives-have-already-won-in-california/