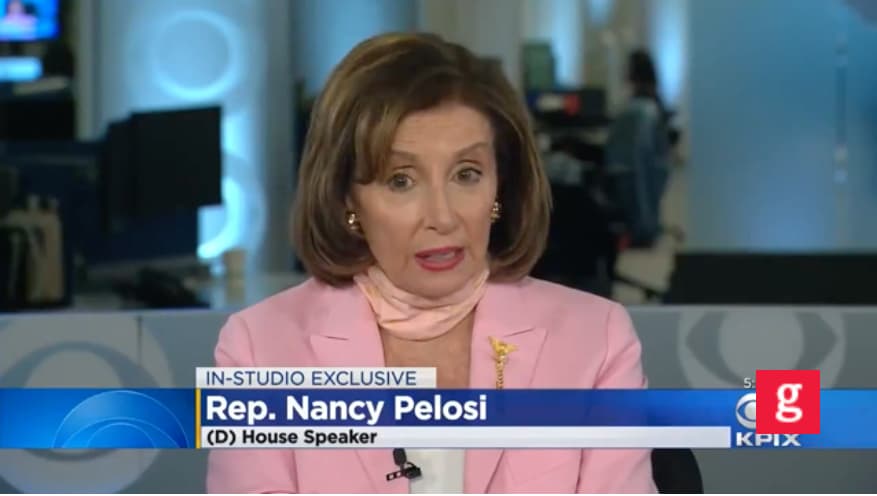 Speaker of the House Nancy Pelosi stood by President Biden’s hasty withdrawal from Afghanistan, saying she actually commends him. Meanwhile, Biden’s approval is dipping lower than ever among Americans. Pelosi appeared on CBS News Wednesday to say “it was the right thing to do.”

“First, may I just say that I commend the President for the action that he took,” Pelosi said. “It was strong, it was decisive and it was the right thing to do. We should have been out of Afghanistan a while back.”

She was echoing an earlier tweet. On Sunday, she wrote: “The President is to be commended for the clarity of purpose of his statement on Afghanistan and his action.”

However even Pelosi recognized the process was messy. “Unfortunately, one of the possibilities was that it would be in disarray, as it is, but that has to be corrected,” Pelosi said. “And it is my understanding, from the assurances we have received, that the military will be there negotiating with the Taliban for the safe exit of American citizens and friends, people who have helped us, our allies there, and people working in the nonprofit sector, but also not just U.S. NGOs, but those who have worked in Afghan NGOs as well, who would be targets.”