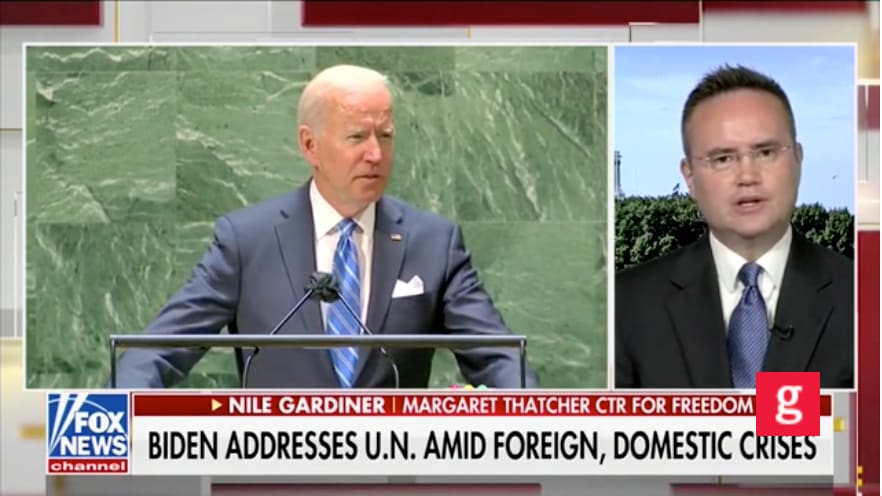 “Without a doubt, I think that Joe Biden is a very isolated president on the international stage,” Gardiner told host Harris Faulkner. “He is a president who has done immense damage, I think, to America’s standing among its allies and it’s not surprising, therefore, that Biden isn’t spending a lot of time today talking to U.S. allies because this is a very embarrassing moment.”

Then, Biden went on to avoid pertinent world topics like the Afghanistan withdrawal. As a result, his U.N. address did not have an impact. “And I think that his speech today at the United Nations certainly fell flat. It wasn’t very well received at the U.N.,” Gardiner said. “There’s a real credibility problem, I think, for the United States on the world stage under Biden’s leadership. I think the condemnation that you’ve seen of the Biden presidency from America’s allies is unprecedented in modern times.”

Meanwhile, other world leaders, including the United Kingdom Parliament, have openly expressed their disappointment in the withdrawal from Afghanistan. “Even in the United Kingdom, for example, lawmakers have been queuing up to condemn Biden over Afghanistan, a viewpoint that’s widely shared across much of Europe,” Gardiner said. “And I do think that President Biden’s leadership is actually clueless on the international stage.”