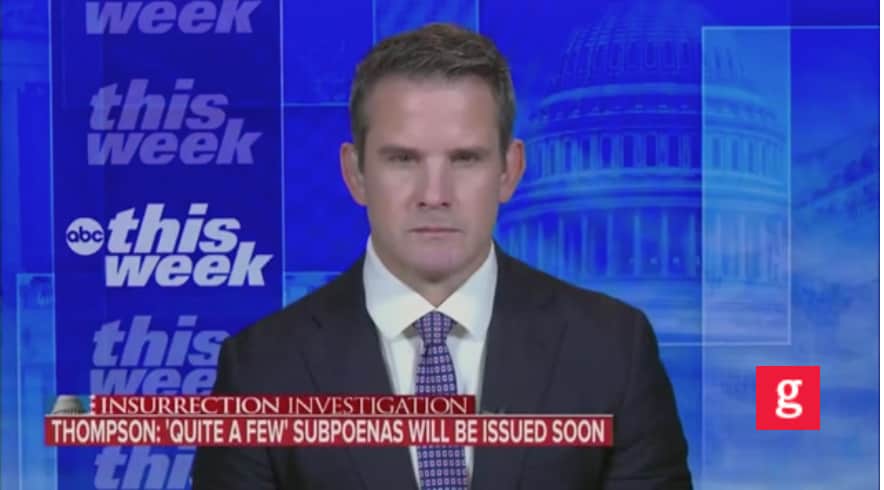 Rep. Adam Kinzinger (R-IL) appeared on ABC Sunday to break down the January 6th Commission’s first session. He also implied that there is more to come by way of subpoena.

Because there is some dispute to former President Trump’s response to stop the riots, Kinzinger said he’d be willing to investigate all the calls Trump made that day.

“I want to know if the National Guard took five or six hours to get to Capitol Hill, did the president make any calls?” Kinzinger said. “And if he didn’t, why? And if he did, of course, then how come the National Guard still takes five hours? I think, had the president picked up the phone and made a call, the Guard would have been there immediately.”

That day, Trump did in fact make calls. He misdialed Sen. Mike Lee (R-UT) just as rioters were entering the Capitol. He wanted to talk to Sen. Tommy Tuberville (R-AL) instead, so Lee handed over his phone.

But Kinzinger claimed members of Congress have nothing to fear. “”f anybody’s scared of this investigation I ask you one question, what are you afraid of?” the Illinois lawmaker said. “I mean, either you’re afraid of being discovered, of having some culpability in it or, you know what? If you — if you think it wasn’t a big deal, then you should allow this to go forward.”

I don't necessarily endorse all content from this site but it's always good to get different perspectives. https://saraacarter.com/kinzinger-supports-even-more-subpoenas-surrounding-jan-6th-riots/