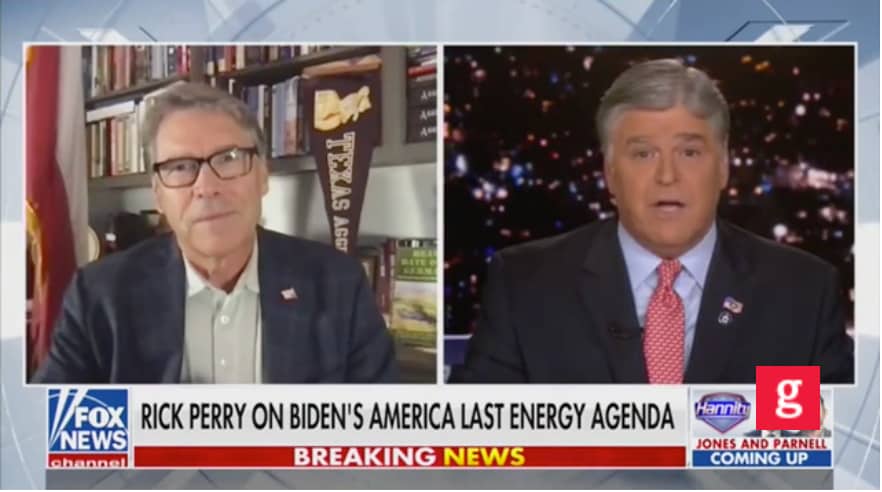 Sean Hannity railed against President Biden for making foreign oil deals instead of drilling domestically because “we’ve got enough.” During his show Thursday night, Hannity asked “Why would we beg countries and kiss their ass when we don’t need their oil?”

“Higher gasoline costs, if left unchecked, risk harming the ongoing global recovery. The price of crude oil has been higher than it was at the end of 2019, before the onset of the pandemic,” Sullivan’s statement said. “While OPEC+ recently agreed to production increases, these increases will not fully offset previous production cuts that OPEC+ imposed during the pandemic until well into 2022. At a critical moment in the global recovery, this is simply not enough.”

However, Hannity’s response to solving the problem of higher gasoline costs lies within the US territory. “The obvious answer is put the keystone pipeline up, get it back up and running,” Hannity said. “Continue drilling.”

Meanwhile, US state officials have given the administration the green light to drill in their home states. “Governor Abbott said, ‘come back to Texas, let us drill again and will produce oil faster than you can use it,’” Hannity said. “Why don’t we go for the obvious answer? Why would we beg countries and kiss their as* when we don’t need their oil? We’ve got enough.”

“I can’t answer it,” Perry responded.

I don't necessarily endorse all content from this site but it's always good to get different perspectives. https://saraacarter.com/hannity-says-why-would-we-beg-countries-and-kiss-their-as-when-we-dont-need-their-oil/