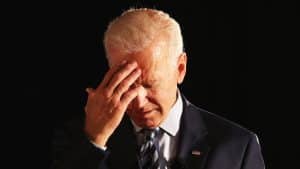 Former President of Afghanistan Ashraf Ghani claims he did not know he was leaving the country when his security team told him to leave Kabul as the Taliban closed in on the city in August.

Ghani made the claim in an interview with the BBC, his first interview since fleeing Kabul, saying that he had “no inkling” the morning of Aug. 15 that he would be leaving the country.

In the weeks before the fall of Kabul, Ghani promised repeatedly that he was willing to die for his country. However, according to the BBC, Ghani fled after his security team told him they would “all be killed” if he remained in Kabul, and that he ran away with the intention of flying to Khost, apparently unaware that the city had fallen to the Taliban. Ghani instead went to Uzbekistan and then the United Arab Emirates, where he has remained.

“He did not give me more than two minutes,” Ghani told the BBC. “My instructions had been to prepare for departure for [the city of] Khost. He told me that Khost had fallen and so had Jalalabad.”

“I did not know where we will go. Only when we took off, it became clear that we were leaving [Afghanistan]. So this really was sudden,” Ghani claimed.
As the BBC noted, after fleeing Afghanistan, “Ghani was roundly criticized by many in Afghanistan including his vice-president Amrullah Saleh, who called it ‘disgraceful.’”

In the interview, Ghani also blamed the United States for the fall of his country, claiming that his government was not involved in negotiations with the Taliban.
Ghani also denied allegations that he left the country with millions of dollars in cash, which is currently being investigated by the United States.

“The US government’s inspector general in charge of investigating misuse of aid money in Afghanistan says he’s ‘looking into’ claims that former Afghan President Ashraf Ghani and his subordinates stole millions of dollars before fleeing,” the New York Post reported. “Ghani is accused of stealing $169 million when he left Afghanistan as the Taliban neared Kabul. His abrupt departure allowed the radical group to take the Afghan capital two weeks before the chaotic final US troop pullout.”

Protests break out at White House, McCarthy requests a meeting with Biden over Cuba
How the Left Created the Massive Rise in Crime
CNN reporter tells Mike Lindell he has ‘proof of nothing’ regarding election fraud
Tags: Biden, Immigration, Sara Carter