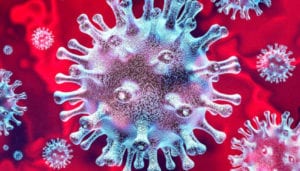 South Africa’s National Institute for Communicable Diseases found that the new COVID variant C.1.2 has “mutated substantially.” KwaZulu-Natal Research Innovation and Sequencing Platform also assisted in the research, according to the report.

Scientists write this variant appears to be more dangerous than previous variants, as stated in the report.

While 85% of cases came from South Africa, 5% were from the United Kingdom, 2% from New Zealand, 2% Switzerland and 2% from China. Small percentages also came out of Democratic Republic of the Congo, Mauritius and Portugal.

It is not the newest variant, but it was first discovered in May of this year. Since then, it’s been found to mutate 41.8 per year at nearly twice as fast as the current global mutation rate of the other variants.

“While these mutations are not characteristic of current VOCs/VOIs, they have been associated with escape from certain class 3 neutralising antibodies,” stated the authors of the study.

Its mutations “have been associated with escape from certain class 3 neutralizing antibodies,” the report reads. This included antibodies found in those that contracted the Alpha and Beta variants. Yet, they are still assessing if this variant can similarly neutralize the vaccine.

We have identified a new SARS-CoV-2 variant assigned to the PANGO lineage C.1.2. This variant has been detected throughout the third wave of infections in South Africa from May 2021 onwards and has been detected in seven other countries within Europe, Asia, Africa and Oceania. The identification of novel SARS-CoV-2 variants is commonly associated with new waves of infection. Like several other VOCs, C.1.2 has accumulated a number of substitutions beyond what would be expected from the background SARS-CoV-2 evolutionary rate. This suggests the likelihood that these mutations arose during a period of accelerated evolution in a single individual with prolonged viral infection through virus-host co-evolution19–21. Deletions within the NTD (like Y144del, seen in C.1.2 and other VOCs) have been evident in cases of prolonged infection, further supporting this hypothesis22–24. C.1.2 contains many mutations that have been identified in all four VOCs (Alpha, Beta, Delta and Gamma) and three VOIs (Kappa, Eta and Lambda) as well as additional mutations within the NTD (C136F), RBD (Y449H), and adjacent to the furin cleavage site (N679K). Many of the shared mutations have been associated with improved ACE2 binding (N501Y)25–29 or furin cleavage (H655Y and P681H/R)30–32, and reduced neutralization activity (particularly Y144del, 242-244del, and E484K)17,33–39, providing sufficient cause for concern of continued transmission of this variant. Future work aims to determine the functional impact of these mutations, which likely include neutralizing antibody escape, and to investigate whether their combination confers a replicative fitness advantage over the Delta variant.