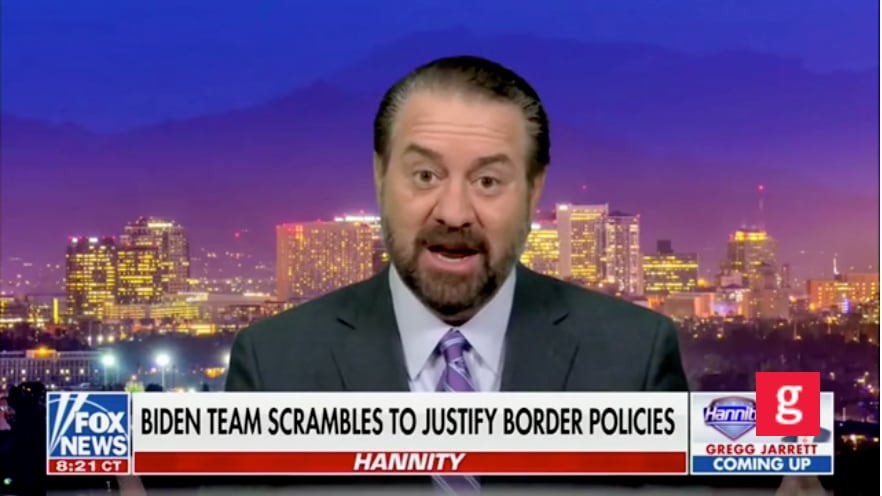 “Well, clearly, he is violating his oath to protect the Republican form of government in the United States. Arguably, I’m sure there are some folks that think this is the equivalent of an invasion” Brnovich told host Sean Hannity. “We are doing what we can legally, but when it comes to aiding and abetting, you know, the president has a lot of authority when it comes to the border. This is what he is constitutionally charged to do. He does not have the authority to mandate vaccines, but he does have the authority to enforce our laws, especially at the border.”

Meanwhile, Texas Governor Greg Abbott held a press conference this week to beg Biden for an emergency order as a result of the border crisis. In addition, Abbott asked for the favor from the president multiple times. But still, Biden didn’t comply.

RELATED: Hannity: the greatest gift Dems could give to illegal migrants is ‘free citizenship’

However Biden agreed that the border is out of control. He said so in an impromptu question and answer session with a reporter. He promised the reporter he would “get it under control.”

Now according to their most recent report, Customs and Border Protection encountered over 208,000 migrants at the southern border.

I don't necessarily endorse all content from this site but it's always good to get different perspectives. https://saraacarter.com/ag-brnovich-calls-on-biden-to-fix-the-border-since-he-has-a-lot-of-authority-at-the-border/