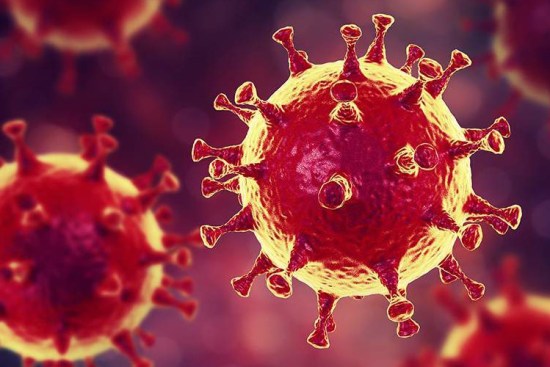 Using molecular docking and quantum mechanics calculations, the chemical properties and binding efficiency of each ligand was evaluated, which allowed the selection of 5 compounds of this series. The ability of amentoflavone, isorhoifolin, nicotiflorin, naringin and rutin to bind to the main viral protease was studied by means of free energy calculations and structural analysis performed from molecular dynamics simulations of the enzyme/inhibitor complex.

Isorhoifolin and rutin stand out, presenting a more negative binding ΔG than the reference inhibitor N-[(5-methylisoxazol-3-yl)carbonyl]alanyl-l-valyl-N~1~-((1R,2Z)−4-(benzyloxy)−4-oxo-1-{[(3R)−2-oxopyrrolidin-3-yl]methyl}but-2-enyl)-L-leucinamide (N3). These results are consistent with high affinities of these molecules for the major SARS-CoV-2. The results presented in this paper are a solid starting point for future in vitro and in vivo experiments aiming to validate these molecules and /or test similar substances as inhibitors of SARS-CoV-2 protease.

The cocoa tree is known since ancient times in Mesoamerica, as drinks obtained from its seeds can be traced through archeological and chemical studies that show the presence, in pottery containers dating from approximately 1000 B.C., of compounds originating from the secondary metabolism of this species [1], [2]. Shortly after the arrival of the Spanish in the new world, this product became known in Europe, and in 1737 Carl Nilsson Linnaeus designated it taxonomically as Theobroma cacao L. [3].

Currently the genus Theobroma comprises 22 species and is classified within the family Malvaceae, and 9 of them are native to the Amazon forest [4], [5], [6]. Cocoa beans are a rich source of phenolic compounds (10–12%, dry weight), specifically catechins (flavan-3-ols) and procyanidins, which are a large and diverse group of metabolites acting as antioxidants [7], [8]. According to the literature reviewed, 2 main genetic groups are considered, known as Criollo and Forastero, based on their geographic origins and morphological characteristics.

In addition, there is a third group known as Trinitario, which is considered a hybrid product of the previous varieties [9]. The phenol content depends mainly on the genetics of the trees and can also vary according to the area of cultivation, fruit maturity, climatic conditions, harvest time and storage time of the cobs until they are opened [10], [11], [12]. The 3 main groups of polyphenols are present in cocoa beans – catechins, anthocyanins and proanthocyanidins – representing 35, 4% and 58 percent, respectively [13].

It has been shown that during the different stages of processing and manufacturing (fermentation, drying, roasting and refining), the chemical composition of cocoa beans changes drastically, affecting the content and structure of polyphenols, and resulting in a reduction of their antioxidant activity [2], [14], [15]. The high content of antioxidant compounds makes cocoa a very interesting product because it can protect against various diseases generated by reactive oxygen species (ROS), such as neurodegenerative diseases [16], [17], cardiometabolic diseases and cancers [18], [19], [20].

Quite recently, compounds have been postulated for the inhibition of the main protease of the virus with a specific interaction in the potential treatment of infected patients [21], [22]. However, secondary metabolites are an unexplored source of chemical resources to control SARS-CoV-2 proliferation. Among natural products there are substances such as nitrogenous, terpenic and phenolic compounds, and some of them exhibit antiviral properties [23], [24].

In the polyphenol family we find flavonoids, and literature reports show the ability of some of them, such as formononetin and penduletin, to inhibit virus replication. Both are reported to be effective in vivo models against enterovirus infections that cause hand, foot and mouth disease [25]. In addition, baicalin inhibits replication of the Dengue virus in an in vitro model [26].

The increased effect of the biflavone amentoflavone compared to flavones and biflavonoid derivatives with methoxy groups [27], and the enzyme inhibiting activity of pectolinarin, herbacetin and rhoifolin [28], have been reported to inhibit SARS-CoV 3CLpro. The flavonoids hesperidin and naringin, which are abundant in citrus fruits, exhibit potential in the inhibition of the proteins responsible for the replication and propagation of SARS-CoV-2 [29].

In silico studies show that caflanone, hesperetin, myricetin and 5′-chloroquercetin can bind with high affinity to the spike protein, helicase, and protease sites on the ACE2 receptor [30], and penimethavone, a molecule mined from microorganisms, presents a high potential to modulate/inhibit the SARS-CoV-2 Mpro active site [31].

In this work, we present an in silico investigation of the antioxidant capacity and of the SARS-CoV-2 Mpro inhibitory activity of 30 polyphenolic molecules derived from Theobroma cacao: flavonoids, hydroxybenzoic acids, hydroxycinnamic acids and N-phenylpropenoyl-L-amido acids.

The computational study started by evaluating some reactivity descriptors, defined in the framework of density functional theory (DFT), in order to inspect the reactive nature of these molecules. This methodology has been tested and applied in the literature by several research groups, proving to be very useful to rationalize the reactivity patterns of molecular systems.

Subsequently, the evaluation of 30 flavonoids by molecular docking showed promising results on the anti-SARS-CoV-2 activity of 5 compounds: Amentoflavone, isorhoifolin, nicotiflorin, naringin, and rutin. These compounds were subjected to more specific computational analysis to establish their potential inhibitory activity.

A set of molecular dynamics simulations and free energy calculations, using MMGBSA and quantum mechanical calculations, established that all the selected compounds have binding energies very close to that of N3, a reference molecule with a high inhibitory activity against SARS-CoV-2.

We emphasize that isorhoifolin and rutin possess more negative binding energies than N3, approximately by 5 kcal mol−1. These results can be associated with the high proximity and formation of hydrogen bonds with Glu166, Cys145 and His41 residues, fundamental amino acids for the activity of Mpro. These promising results make it possible to propose these selected compounds for future experimental tests.

M06–2X-D3 is the best dispersion-corrected meta-GGA hybrid functional on the GMTKN30 database [36], and it is implemented in the Gaussian16 software program suite [37]. The water was simulated as a solvent using the SMD parametrization of the IEF-PCM.

The 30 polyphenolic compounds and N3 were docked in the binding cavity of the main protease Mpro of SARS-CoV-2 using the AutoDock 4.0 [49] suite. The crystal structure of SARS-CoV-2 Mpro protein (2.16 Å resolution) [32] (PDB Code: 6LU7, https://www.rcsb.org/structure/6LU7) was downloaded from the PDB [50]. The SARS-CoV-2 Mpro model was modified with the Schrödinger [51] Protein Preparation Wizard [52].

Polar hydrogen atoms were added, non-polar hydrogen atoms were merged, and charges were assigned, in addition to delimiting the binding region of possible inhibitors of SARS-CoV-2 Mpro [21], [53], [54], [55], [56], [57], [58]. The binding pocket of SARS-CoV-2 Mpro was established as the center of mass between the Cys145 and His41 residues of the catalytic site. In general, the grid maps were calculated using the AutoGrid 4.0 option and the volume chosen for the grid maps was made up of 60×60×60 points, with a grid-point spacing of 0.375 Å.

The author’s option was used to define the rotating bond in the ligand. In the Lamarckian genetic algorithm (LGA) dockings, an initial population of random individuals with a population size of 150, a maximum number of 2.5 × 107 energy evaluations, a maximum number of generations of 27,000, a mutation rate of 0.02 and crossover rate of 0.80 were employed. Each complex was built using the lowest docked-energy binding positions.

The partial charges of each ligand were determined with the PM6-D3H4 semi-empirical method [59], [60] implemented in the MOPAC2016 software [61]. PM6-D3H4 introduces dispersion and hydrogen-bonded corrections to the PM6 method. 3D representations of the docking results were analyzed using the VMD molecular graphics system [62]. 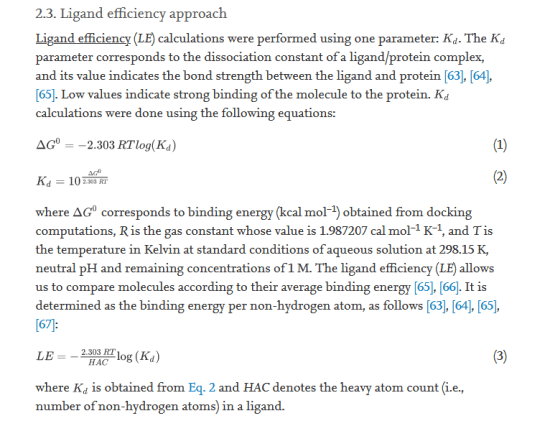 MD calculations were performed for the five systems with the lowest binding energy according to the docking calculations and also for compound N3, which is our reference ligand. Each model was confined inside a periodic simulation box. The compounds were bound to SARS-CoV-2 Mpro protein [32] (PDB ID: 6LU7) in aqueous solution with an explicit solvent TIP3P water model [68] (≈20.000 water molecules).

Protonation states of ionizable residues corresponding to pH 7.0 were determined by the H++ web interface that computes pK values of ionizable groups in macromolecules and adds missing hydrogen atoms according to the specified pH of the environment [69]. The N3, amentoflavone, isorhoifolin, nicotiflorin, naringin and rutin molecules were parameterized using the GAFF Force Field for organic molecules [70], [71], using the Antechamber module in AmberTools18.

The partial charges of each compound were determined by the restrained electrostatic potential (RESP) model [72] M06–2X-D3/6–31G(d,p) level. MD simulations were carried out using the modeled ff14SB [73] force field [74], [75] within the AMBER-GPU Implementations18 [76].

The simulations were carried out using a standard MD protocol: i) Minimization and structural relaxation of water molecules with 2000 steps of minimization and MD simulation with an NPT (300 K) assembly for 1000 ps using harmonic restrictions of 10 kcal mol Å−2 for protein and ligand; ii) minimization of the complete structure considering 6500 steps of conjugate gradient minimization; iii) the minimized systems were progressively heated to 300 K, with harmonic restrictions of 10 kcal mol Å−2 in the backbone protein and ligand during 0.5 ns; iv) the system was then equilibrated for 0.5 ns maintaining the restrictions and then for 5 ns without restrictions at 300 K in a canonical assembly (NVT); v) finally, the total duration of simulation was approximately 75 ns for each system.

During the MD simulations, motion equations were integrated with a 2 fs time step in the NPT ensemble at a pressure of 1 atm. The SHAKE algorithm was applied to all hydrogen atoms, and the van der Waals cutoff was set to 12 Å. The temperature was maintained at 310 K, employing the Langevin thermostat method with a relaxation time of 1 ps. The Berendsen barostat was used to control the pressure at 1 atm.

Long-range electrostatic forces were taken into account by means of the particle-mesh Ewald (PME) approach. Data were collected every 1 ps during the MD runs. Molecular visualization of the systems and MD trajectory analysis were carried out with the VMD software package [62]. 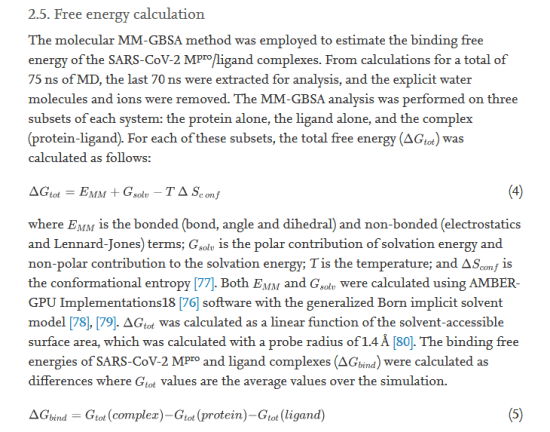 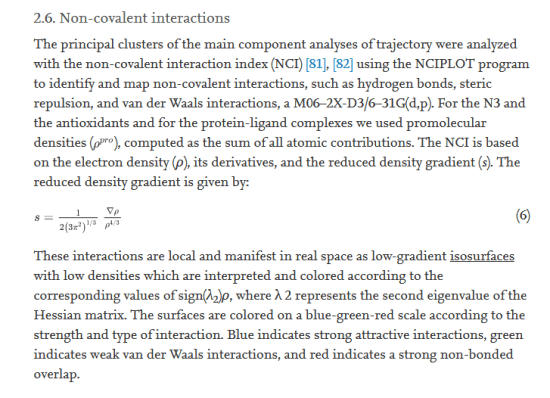 In general terms we can see that amentoflavone, isorhoifolin, nicotiflorin, naringin and rutin compounds have electronegativity values very close to N3′s. Now, systems with high electronegativity values tend to accept H-bonds, and the bond strength should increase with the electronegativity of the two bonded atoms, i.e., hydrogen bonding interactions could form in the active site. On the other hand, these molecules have lower hardness values than the reference molecule N3, therefore they are less averse to the arrival of electrons, and thus they are more reactive systems.

These results contribute to proposals in the literature that compounds with phenol groups are more susceptible to electron donation [83]. In the case of electrophilicity values, there is an increase relative to the value of N3, indicating that these molecules are more electrophilic.

Mpro is a homodimeric cysteine protease and plays an important role in the SARS virus replication and transcription. When the mRNA of the virus is translated into polyproteins, Mpro is first self-cleaved to become a mature enzyme, which in turn cleaves all of the 11 remaining downstream nonstructural proteins of the polyproteins into polypeptides which are required for the replication process of the virus [84].

Consequently, Mpro is a key drug target for the inhibition of SARS-CoV-2. The binding site of Mpro is made up of subsites S1, S2, S3, S4, and S1′, which are represented based on the binding position of the substrate polyprotein [57]. The binding site is located in the groove between a His41 and Cys145 catalytic dyad. Cys145 is involved in the covalent binding of some Mpro inhibitors, specifically N3.

Tung Ngo et al. reported in recent studies that Glu166 also has a prominent and important role in binding ligands to Mpro [85]. In order to investigate the possible mechanism by which selected flavonoids act, molecular docking analysis of all the flavonoids was done in the active site of Mpro. The flavonoid names and docking scores are displayed in Table 3. Five prominent ligands with the highest affinities for the active site are amentoflavone, naringin, isorhoifolin, rutin and nicotiflorin, with binding energies of −10.0, −9.0, −8.8, −8.7 and −8.5 kcal mol−1, respectively.

This is from a very long article. Read the rest here: sciencedirect.com

I don't necessarily endorse all content from this site but it's always good to get different perspectives. https://principia-scientific.com/theoretical-study-molecular-modeling-as-sars-cov-2-protease-inhibitors/