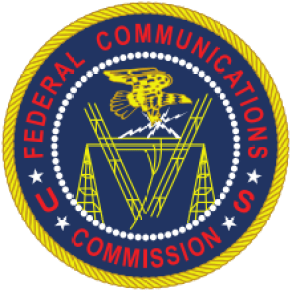 The Federal Communications Commission announced on Wednesday the complete list of winning bidders at its most recent auction of airwave licenses.

The segment of airwaves from 3.7 GHz to 4.2 GHz, known as the C-band, is useful for carrying new superfast 5G networks. The frequency is low enough to travel long distances but also offers enough bandwidth for super-speedy downloads.

Verizon, AT&T, and T-Mobile led a field of 21 winning bidders that spent a total of $81 billion on almost 6,000 individual licenses. It’s the most ever raised in a U.S. airwave auction. Winning bidders also have to pay about another $14 billion to help satellite companies that currently use the C-band to transition to other airwaves. Here’s a breakdown of who won and who lost:

Out of the major carriers, T-Mobile came to the auction in the best position to build a 5G network. That’s because last year’s Sprint merger gave the carrier a bushel of licenses in the 2.5 GHz band, with quite similar characteristics to the C-band. Pressing its advantage, T-Mobile this week introduced new plans letting customers use more high-speed data. Since it didn’t need to buy as many C-band licenses, T-Mobile spent just $9 billion for 142 licenses in major cities where it had some holes.

Analyst Craig Moffett at MoffettNathanson Research calls T-Mobile the auction’s “true winner” since AT&T and Verizon had to spend so much more to win more licenses: “[T-Mobile emerges] from the auction with what is still the industry’s best spectrum position, but now with a balance sheet advantage as well. And [it faces] two competitors who are badly hobbled.”

Before the C-band auction started, analysts expected carriers would bid a total of $30 billion to $50 billion for the licenses, funds which go directly to the U.S. Treasury. Instead, as AT&T and Verizon fretted about their position in 5G, the total shot up to more than $80 billion.

The higher value implies that the Treasury may collect more from a few upcoming auctions of similar airwaves, too. The FCC is moving to auction spectrum in the 3.45 GHz band by the end of the year. Using the C-band bidding as a guide implies a value of $30 billion for the upcoming auction, analysts say.

Verizon was literally the winner of the auction, as it spent the most—over $45 billion—and won more than half of all licenses for sale.

But Verizon was also a winner because it gained access to airwaves that it desperately needs to improve its 5G network. Until now, Verizon has split its 5G service in an unappealing way. On the one hand, a crowded airwave band provides nationwide 5G but doesn’t reliably provide fast downloads. A higher-frequency band service is superfast but doesn’t travel far and barely covers parts of 67 cities as of Feb. 25, 2021. The new C-band airwaves are a perfect middle ground for service that’s both widely available and speedy.

“After bidding aggressively, we believe Verizon will put to rest concerns about its spectrum position,” UBS analyst John Hodulik noted after the results came out.

Verizon also avoided giant acquisitions in recent years, meaning its balance sheet should be able to take on the new obligation without requiring slashing its spending to actually build its 5G network.

“Our mantra has been the winners are the carriers that get the most,” New Street Research analyst Jonathan Chaplin wrote after the results emerged. “Based on the C-band results, Verizon and AT&T are the big winners.”

Not everyone agrees. Longtime analyst Moffett at MoffettNathanson thinks Verizon and AT&T spent too much. “We think they emerge from the auction badly diminished,” he wrote. “Their balance sheets will force austerity, and an emphasis on cash flow over growth.”

AT&T has had greater success rolling out 5G service nationwide than either Verizon or T-Mobile, with independent rating firms saying it is the fastest of the broadly available 5G networks. But AT&T has also struggled the most in deploying a truly superfast 5G network. In part that’s because the company’s balance sheet is weighed down with the huge costs of acquiring DirecTV and Time Warner over the past few years: almost $200 billion including debt.

Still, AT&T spent $23 billion at the auction to win over 1,600 licenses in the C-band. The licenses will bolster the carrier’s holdings for offering 5G service that is both widely available and super-speedy.

Analysts are worried about the financial implications, even as AT&T is moving to raise money by selling a majority stake in DirecTV. “If Verizon’s balance sheet problem is serious, AT&T’s is perhaps even more so, if only because their business mix is so much weaker,” analyst Moffett noted. AT&T can’t take advantage of the new licenses if it can’t afford to expand its network, he warns.

Cable giants Comcast and Charter Communications have been offering wireless service for a few years, mainly by leasing airwaves from Verizon. Some thought they would be big bidders at the C-band auction so they could build their own networks and not rely on a competitor. But the two didn’t win any C-band licenses. And Dish Network, which is building a brand-new 5G network with spectrum it already owns, barely won any new licenses.

That could be seen as a loss for all three. But analyst Walt Piecyk at LightShed Partners says the companies may have sat out the auction because they want to buy licenses in the upcoming 3.45 GHz auction. “This could be an interesting opportunity for Dish and the cable operators as AT&T and Verizon’s balance sheets might not be in the best position to compete so soon after the C-band auction,” he wrote.