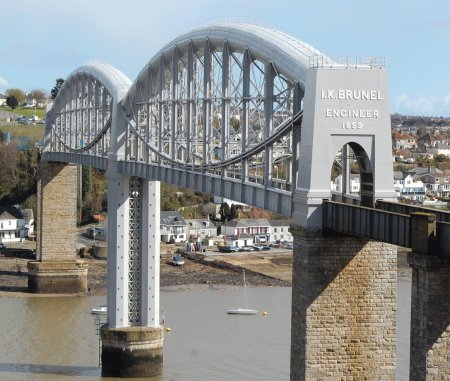 Isambard Kingdom Brunel (1806 – 1859) was one of the most famous civil engineers and mechanics in history. In a 2002 poll by the BBC, Brunel was voted the second greatest Briton of all time (after Winston Churchill).

Brunel’s feats and achievements have had a lasting legacy and revolutionised how we approach engineering, transport and construction.

Isambard Kingdom Brunel was the son of the famous inventor, Sir Marc Isambard Brunel and Sophia Kingdom. Similar to his son, the scope of Marc’s designs were remarkable. Marc invented new methods for the mass production of ships’ pulleys and soldiers boots to his designs.

His most famous achievement was his pioneering work in the design and construction of the Thames Tunnel. Prince Albert took a keen interest in the project, and it was this project that led to Marc’s knighthood.

Marc and Sophia first met in Paris during the French Revolution. As a known royalist, Marc had to flee France for New York. Sophia remained in Paris to finish her studies and was charged with being a British spy. She remained in prison until the end of the revolution. They found each other again in England and married in 1799 with Sophia giving birth to Isambard Kingdom Brunel in 1806.

From a young age, Isambard had a talent for engineering and mathematics. Encouraged by his father, he learnt how to depict model drawings of buildings and had begun learning Euclidean geometry by the age of eight. After being educated in Hove and Caen, Isambard was sent to France to apprentice under Louis Breguet, France’s most celebrated maker of watches and scientific instruments. 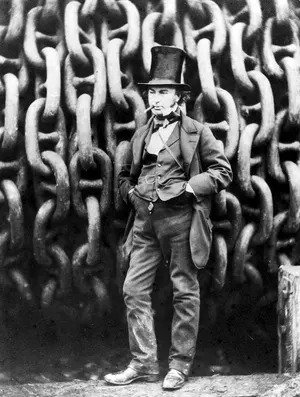 By the age of 20, Isambard had begun working with his father on the ground-breaking Thames Tunnel between Rotherhithe and Wapping. This 1300 foot tunnel used a groundbreaking tunnel shield design developed by Marc and Isambard. Using this system, they were able to protect workers from the dangers of tunnel collapse as they buried under 75 feet under the river.

The Rotherhithe tunnel is still in use today.

One of Brunel’s defining achievements was the Clifton Suspension Bridge project. In 1830, he designed a 700 feet bridge to span across the Avon River. The bridge required two soaring masonry towers that reached 245 feet above the river gorge. The suspension bridge used tensioned cables to support the roadway.

This tension allowed the bridge to use drastically less material and so became much cheaper to construct. Despite the lower cost of production, the project had many funding problems. It was completed after Brunel’s death in 1864.

The bridge is still in use today with over 4 million vehicles passing over it every year. 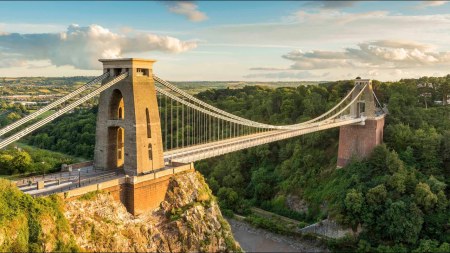 In 1833, Brunel was appointed as chief engineer of the Great Western Railway. This ambitious project aimed to link London to Bristol by railway. Brunel spent days researching and surveying the geography of the 200 km route.

He controversially chose the flattest approach through Reading and Swindon, which at the time were only small villages. These settlements later became hugely influential in the construction of railway works and helped turn them today into booming cities.

Despite the relative flatness of the land between London and Bristol, there were still many obstacles such as rivers, valleys and hills. Brunel applied his engineering expertise to overcome these with a series of viaducts, bridges, stations and tunnels. One of the most notable is the Box Hill Tunnel in Wiltshire. This 1.8-mile long tunnel was the longest railway tunnel of its time and boasts grand classical style architecture at its mouth. 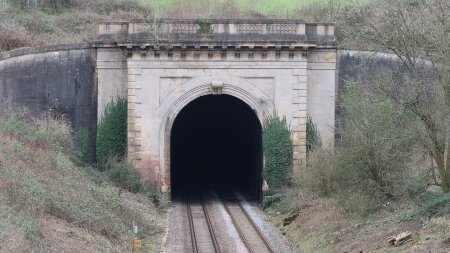 In 1838, Brunel began work with the architect Matthew Digby Wyatt on the design and construction of Paddington Station. As the main terminal for the Great Western Railway, Brunel wanted the station to be the “largest of its class” and similar to the design of the recently completed Crystal Palace. The first train departed on the 16 January 1854, and the station is still seen as a resounding success today. 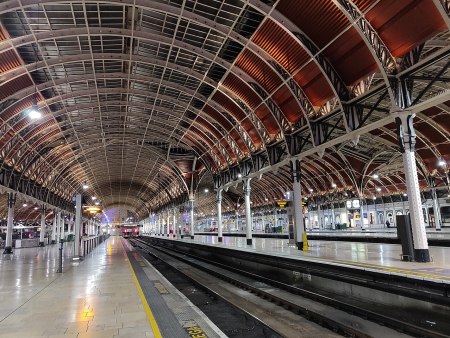 Even as the Great Western Railway was under construction, Brunel moved onto a new project in 1835, the design of a series of steamships for transatlantic shipping. Applying his theory that a large steamship would require less fuel than a smaller ship, Brunel offered his services to the shipping company for free.

This resulted in the construction of the Great Western steamship which set sail in 1837. At the time, it was the largest steamship in the world. In 1843, Brunel completed work on the SS Great Britain, the world’s first iron ship, which became influential in the design of many modern sea vessels.  She was the longest passenger ship in the world from 1845 to 1854.

While other ships had been built of iron or equipped with a screw propeller, Great Britain was the first to combine these features in a large ocean-going ship. She was the first iron steamer to cross the Atlantic Ocean, which she did in 1845, in the time of 14 days.

Recent tests on the propeller showed it to be only five percent less efficient than todays propellers. 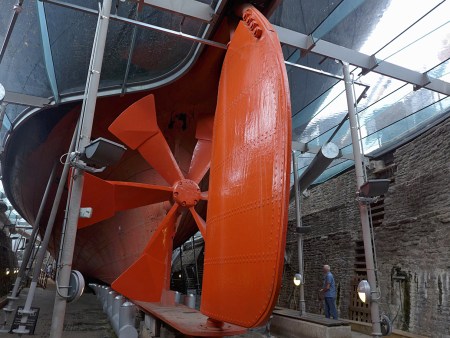 When launched in 1843, Great Britain was by far the largest vessel afloat. But her protracted construction time of six years (1839–1845) and high cost had left her owners in a difficult financial position, and they were forced out of business in 1846, having spent all their remaining funds refloating the ship after she ran aground at Dundrum Bay in what is now Northern Ireland. In 1852 she was sold for salvage and repaired.

She later carried thousands of immigrants to Australia from 1852 until being converted to all-sail in 1881. Three years later, she was retired to the Falkland Islands, where she was used as a warehouse, quarantine ship and coal hulk, until she was scuttled in 1937. 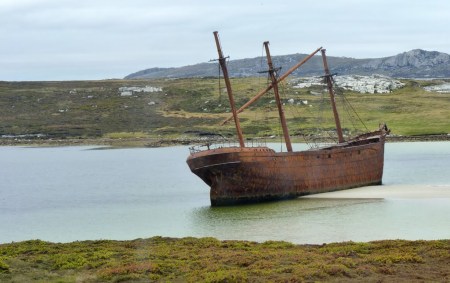 After being all but forgotten for 33 years, and in poor condition due to the harsh South Atlantic weather, Sir Jack Arnold Hayward, (1923–2015) paid for the vessel to be raised and repaired enough to be towed north through the Atlantic on a barge back to the UK in 1970, and returned to the Bristol dry dock where she had been built. Hayward was a prominent businessman, developer, philanthropist and owner of the English football club Wolverhampton Wanderers.

She is seen below passing under Brunel’s Clifton Suspension bridge in 1970. 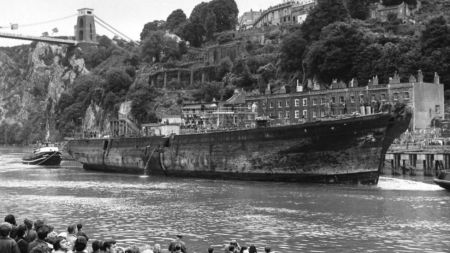 Now listed as part of the National Historic Fleet, Great Britain is a visitor attraction and museum ship with between 150,000 and 200,000 visitors annually, in the dock where she was constructed 182 years ago. 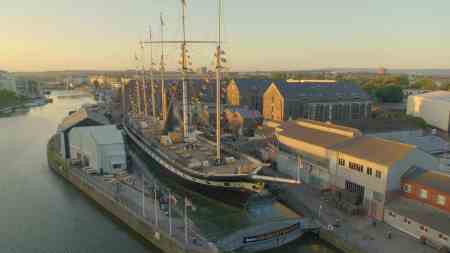 When Britain entered the Crimean war in 1854, Brunel was asked by the British Government to make a pre-fabricated hospital. The primary requirement was that the construction could be easily transported and built to Turkey. This pioneering design became known as Renkioi hospital.

It took Brunel only six days to complete and was considered a great success for its attention to hygiene and sanitation for a large number of occupants. The founder of modern nursing, Florence Nightingale, referred to Brunel’s creation as ‘Those magnificent huts’.

It was always Brunel’s dream to expand the Great Western transport network so that it not only linked London to Bristol, but onwards to New York by steamship. This led to the construction of the SS Great Western in 1838, the first steamship purpose-built for crossing the Atlantic. She was an iron-strapped, wooden, side-wheel paddle steamer, with four masts to hoist the auxiliary sails. She was used regularly for transatlantic passenger travel between 1838 and 1846.

Brunel’s last project was designing the SS Great Eastern, built to take passengers non-stop from London to Sydney. It was an ambitious and groundbreaking feat of engineering, and the largest ship of its time in the world. Brunel knew her affectionately as the ‘Great Babe’.

Sadly, Brunel, a heavy smoker, suffered a stroke just before Great Eastern‘s maiden voyage in 1859, in which she was damaged by an explosion. Brunel died 10 days later, aged 53, leaving a pioneering legacy behind him. He was buried in the Brunel family vault at Kensal Green Cemetery, London.

Memorials were quickly made, including a plaque at each end of the Royal Albert Bridge at Saltash which was opened just a few months before his death. The plaques can still be seen on the bridge today.

In May 1865, Great Eastern steamed to Sheerness to take on wire for the laying of the first transatlantic telegraph cable. Following that, it was later used to lay other undesea telegraph cables. She proved too expensive in maintenance to make a profit as a passenger liner, and was eventually scrapped in 1888 after being laid up for several years.

Isambard Kingdom Brunel left behind an astonishing legacy of Victorian engineering, much of which is still in use today.