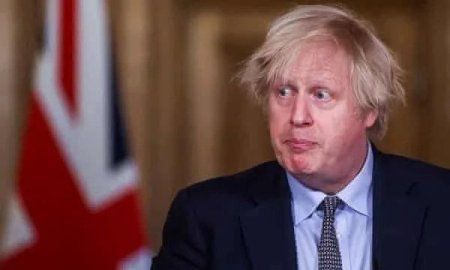 Net Zero Watch has called on Boris Johnson to declare an energy emergency and introduce radical policy reforms to prevent the energy cost crisis from turning into an economic and social disaster.

The call comes as fears grow over a devastating energy cost and energy security crisis, with spiraling prices hitting households and businesses hard, and warnings that energy bills could double or even treble next year.

It is reported that Boris Johnson is considering handing out £20 billion of taxpayers’ money to energy suppliers who are threatening to double or treble energy costs.

Despite the fact that Britain will need natural gas for decades to come, the ban on fracking and the curtailing of conventional gas exploration have led to serious shortages of domestic natural gas production.

The government should suspend costly Net Zero plans as a matter of urgency and put energy costs and security of supply at the center of national security.

The government has only one way to avoid political oblivion, and that’s for Britain to introduce radical policy reforms and to start using the UK’s massive natural gas resources, which would bring down energy costs and enhance energy security significantly.

In fact, natural gas prices in the UK are nearly ten times higher ($35/MMBtu) than they are in the US ($4/MMBtu) where fracking is widely used and shale gas is cheap and abundant.

If the shale gas moratorium was lifted tomorrow, it would take at least 12 months to get the gas flowing. But the Government needs to take strong steps now, in order to send out a clear signal to investors.

Otherwise, the energy and cost of living crises will become permanent, posing an existential threat to this government and many businesses.

It is estimated that if 25 trillion cubic feet of this huge resource could be recovered it would be worth nearly one £trillion at current gas prices.

The current energy cost and supply crisis is the result of decades of ill-considered climate policy which has prioritized costly emissions reductions technologies while neglecting national security, security of supply, and economic and social impacts.

The severity of the current crisis merits emergency measures, not only to protect consumers and the economy but also to avoid the crisis from turning into an economic and social disaster.

Net Zero Watch is calling on the Government to:

“It is almost certain that energy companies, should they survive the coming storm, will not repay the £20 billion fund they are demanding. In any case, handing out billions to energy suppliers while energy prices are going through the roof would go down like a bucket of cold sick with voters.”

“Boris Johnson must prioritize national security as a matter of urgency by declaring an energy emergency, restarting North Sea gas exploration immediately, and abandoning the effective ban on the development of shale gas.”

“By continuing to prioritize the Net Zero agenda over national security and economic stability, Boris Johnson risks turning a crisis into a national disaster.”

Omicron coverage reveals how the establishment, media keep us scared
Decarbonization Means Turning The Clock Back To The 1800s
The master plan behind the Covid crisis
Tags: News, Principia Scientifica