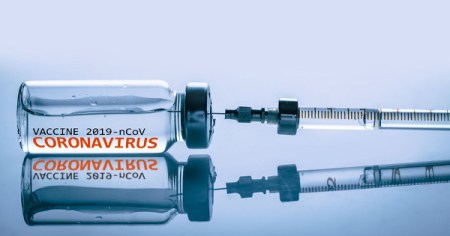 The Biden administration is on the precipice of announcing mandatory six month booster shots for people who have already had the vaccine. The reason? Data from Israel is showing that vaccinated populations are, for yet unknown reasons, more susceptible to even worse infections from the Delta variant.

It appears, from the early data, that once you take the vaccine you put your immune system into a state of perpetual dependency requiring booster shots to chase the variants every six months.

The Daily Beast outlined a foreboding article yesterday with the overarching message that America had better prepare for this quickly based on the Israeli data.  The Israeli scientists call the population who have taken the vaccine+booster the “ultra-vaccinated”, and unfortunately it appears those ultra-vaccinated patients are now on course to require frequent booster updates as their immune system is now mRNA dependent to battle the evolving COVID variants.

FTA – […] Asked what has brought Israel to peak transmission even as the country has already provided third doses of vaccines to 1.5 million citizens, Rahav, who has become one of the best known faces of Israel’s public health messaging, sighed, saying, “I think we’re dealing with a very nasty virus. This is the main problem—and we’re learning it the hard way.” (read more)

Metaphorically, a drug user chasing a “high” trains his/her brain to become dependent or addicted in order to retain that altered mental state, so too does the COVID vaccination regime appear to place the patient into an dependent state for their immune system.

However, on the positive side (for those vaccinated) the Biden administration appears to be gearing up to deliver this booster process on a long-term basis.

The Biden administration is planning to announce updated guidance recommending a third dose of Pfizer or Moderna’s vaccine be given to Americans very six months after their second dose (instead of eight months), according to The Wall Street Journal.   Right now, the final plan is still being worked out, and  will need to be approved by the CDC’s vaccine advisory team, essentially controlled by vaccine makers, along with the FDA (also controlled by vaccine makers).

As soon as the pharmaceutical industry tells the Biden administration what to do, the CDC will begin pushing the booster shots onto the vaccinated population.

There is no actual science behind this process, but then again, there hasn’t really been any science behind any of it; so don’t worry, just take the next shot and wait further instructions.  However, if this process is put into place, it would appear that the vaccination passports will have an expiration date.

WASHINGTON DC – […] The Biden administration and vaccine companies have said that there should be enough supply for boosters that they plan to begin distributing more widely on Sept. 20. The U.S. has purchased a combined 1 billion doses from Pfizer and Moderna.

You will notice the institutions of Healthcare have now stopped using the term “follow the science.”  One of the reasons they have dropped that terminology is apparently because they change the ‘science‘ on a week to week basis.

CDC Director Rochelle Walensky was recently asked if her agency was giving current guidance to the public based on “the data” or based on arbitrary “hope” that they will be correct and their guidance will help people.

It is very comforting to know that “hope” is guiding the decision-making of those who are injecting substances into the global population without any idea what the long-term ramifications might be….

… Then again, if you really believed that human existence was the cause of harm to this planet; and saving the planet was the #1 priority of your community; then removing the harm would be for the greater good.  Personally, while I hate to be argumentative, I would respectfully disagree with people who prefer my death in order to save the world.  But, to be fair, that’s just me being selfish.

I am reminded of the words from a carnival operator I heard as a child as we approached the turnstiles of the roller coaster.   Apparently the young lady at the front of the line had said something to him as we all waited for the next car to arrive.  I did not hear the question, but his reply was:

Those words stuck in my mind as I pulled down the retaining bar.  And as my life has rattled, wobbled and squeeked toward unknown destinations, I have often found a reason to reference them.

Project Veritas: COVID19 Vaccine Exposed: Part One
The virus that doesn’t exist: lies and consequences
How the U.S. unleashed Agent Orange in its own backyard

I don't necessarily endorse all content from this site but it's always good to get different perspectives. https://principia-scientific.com/biden-govt-will-promote-covid-booster-shots-twice-yearly-for-life/