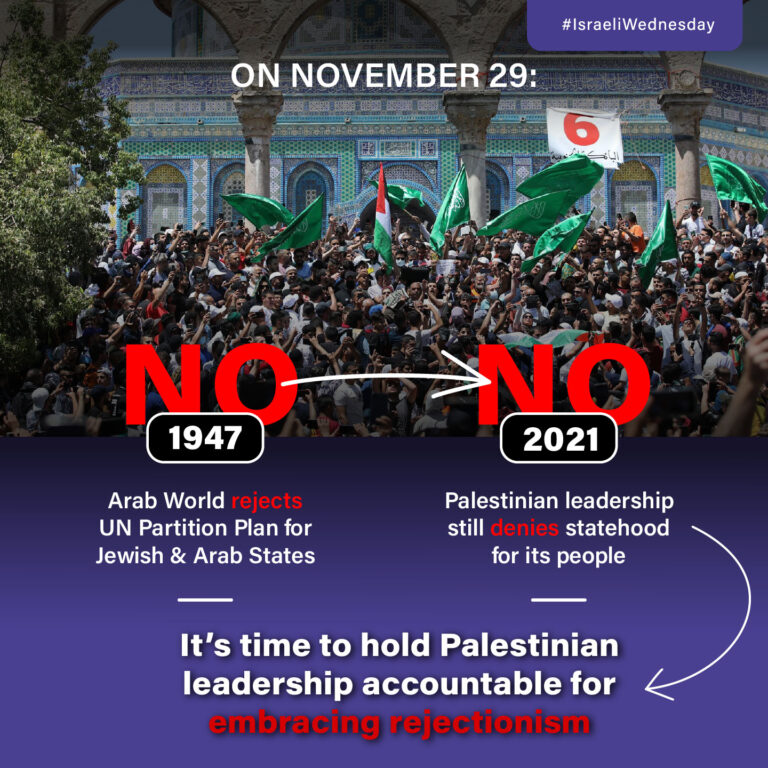 On November 29, 1947 the United Nations voted on the partition proposal that would have resulted in a Jewish state alongside an Arab one in the British Mandate of Palestine. While Jews accepted the plan, the Palestinian leadership and neighboring Arab states rejected it, setting the stage for what would become Israel’s War of Independence.

Unfortunately, some things never change. This week the UN is marking the 74th anniversary of the historic vote with its annual “International Day of Solidarity with the Palestinian People,” an event that seeks to legitimize the Palestinian ‘right of return’ demand that would – if ever actualized – destroy the Jewish state by weight of numbers. 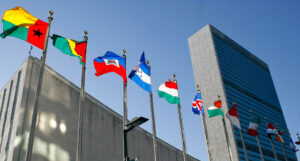 This week, the Palestinian Authority and Hamas should be held to account for rejecting a two-state solution that would dramatically improve the lives of the Palestinian people they claim to represent.

Help us get the word out by sharing:
Celebrating Rejectionism: Amnesty, Abbas, El-Kurd Revel in UN’s ‘International Day of Solidarity with the Palestinian People’