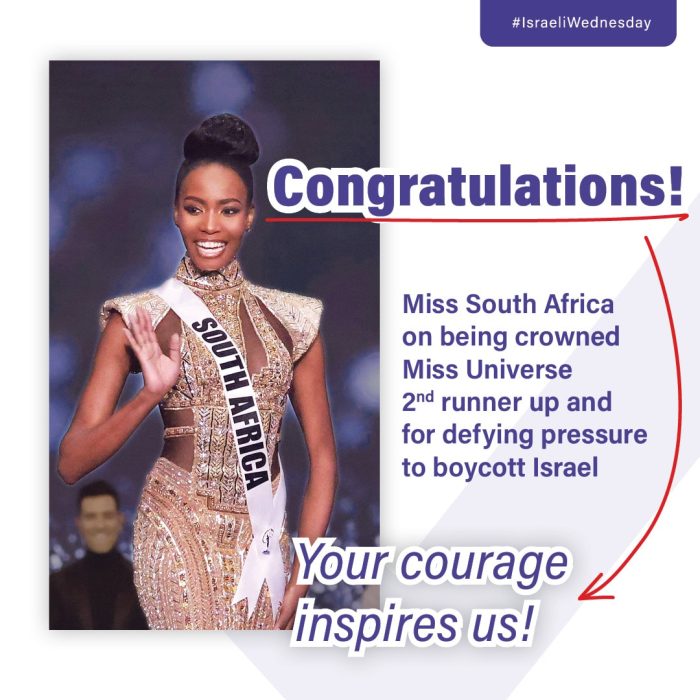 This year’s Miss Universe Pageant was targeted by proponents of the Boycott, Divestment and Sanctions movement that aims to demean and isolate the Jewish state ever since Israel was announced as the competition’s host country in July.

But this year’s Miss Universe Pageant also has a heroine. Despite pressure from her own government, which falsely accused Israel of propagating a system of “apartheid,” Miss South Africa’s representative Lalela Mswane refused to withdraw from the contest.

Even though Mswane faced intense backlash and bullying for her decision to participate in the Miss Universe Pageant, she displayed inspirational courage: “My soul would not have been at peace if I had skipped it.” 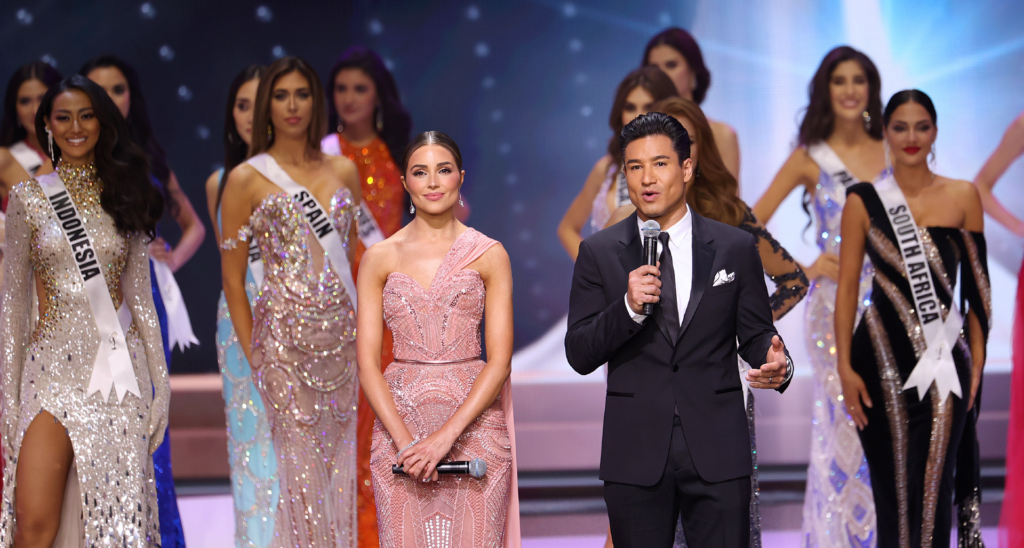 Help us congratulate Lalela for being crowned Second Runner Up and for standing up to the immense pressure exerted on her by the South African government.