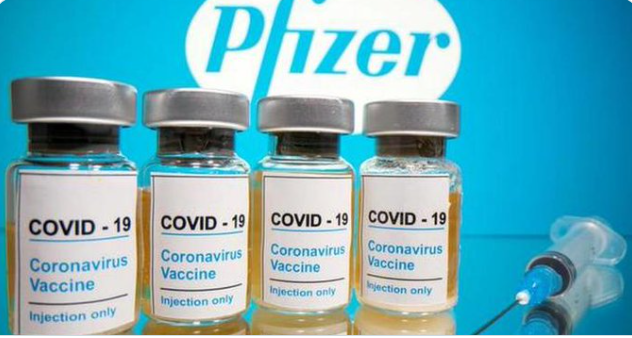 It’s official; a federal judge ordered the FDA that in 8 months, they must submit the C-19 vaccine data, not 75 years as they asked.

It’s a huge win for America because the docs on the C-19 shot data were asked through the Freedom of Information Act in August 2021, and the FDA shared that they can share only 500 pages for a month.

If they share 500 pages per month, we won’t get the full truth 75 years from now. This would give the answers to the medical professionals, and ordinary Americans’ questions asked about the shot!

Big Pharma wanted to keep this a secret! But, we have brains to think, too!

FDA will have 8 months — not the 75 years it requested — to release all documents related to the licensing of Pfizer’s Comirnaty COVID vaccine, a federal judge ruled Thursday.https://t.co/WSNvSbkGDM

The documents in question relate to a Freedom of Information Act (FOIA) request filed in August 2021 by Public Health and Medical Professionals for Transparency (PHMPT), a group of more than 30 medical and public health professionals and scientists from institutions such as Harvard, Yale, and UCLA.

The U.S. Food and Drug Administration (FDA) will have eight months — not the 75 years it requested — to release all documents related to the licensing of Pfizer’s Comirnaty COVID vaccine, a federal judge ruled Thursday.

Judge Pittman rejected the FDA’s claim that it could release redacted versions of documents at a rate of only 500 pages per month, which would have meant the full cache of documents wouldn’t become public until 2096.

In his four-page order, Judge Pittman ordered the FDA to produce more than 12,000 pages of documents on or before Jan. 31, and thereafter to “produce the remaining documents at a rate of 55,000 pages every 30 days, with the first production being due on or before March 1, 2022, until production is complete.”

According to this timeline, the almost-400,000 pages of documents will have been made public, sans redactions, within eight months, rather than by the year 2097.

A huge win for the Americans who fight for transparency and freedom!

People are waking up!

Here’s more about the decision:

I am pleased to report a federal judge rejected the FDA’s request to produce the Pfizer Covid vaccine data at 500 pages per month and instead ordered a rate of 55,000 pages per month! Everyone should read the Judge’s excellent 3-page decision available at https://t.co/ziqCs9fA9J

Pfizer, through the equally corrupt FDA, tried to hide crucial data about their fake vaccines from the public for 75 years.
They failed & a judge ordered them to release the 450 000 page document in 8 months.
Vaccine criminality will soon be exposed. https://t.co/BKKgT1vOp5

I see that the federal judge in Texas doesn’t put up with this BS:https://t.co/CpThIfcq9k

Now that the FDA is forced to release the Pfizer documents, the push to get everyone vaccinated before the truth is revealed will be legendary. Even in Hell.

This is what Biden tweeted:

The FDA has now authorized booster shots for children ages 12 to 15. Vaccinating our children is the best way to protect them from the Omicron variant.