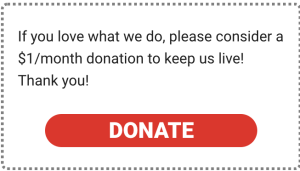 One Brazilian journalist, Rafael Silva, at the age of 36, collapsed on live TV while presenting the news on the Alterosa Alert program.

The journalist from TV Alterosa, Brazil, fainted while presenting the news on Monday.

He was constantly promoting experimental shots and supported globalist propaganda.

It’s crucial to note that he got his third dose of the vaccines.

We know that the shots are toxic and hazardous, and people have to stop taking them!

The journalist was rescued, and on his way to the hospital, he suffered five additional cardiac arrests.

Take a look at the video below and hear more information about this terrible event.

This is the recording from the collapse.

Covid Vax Death Rate 21 Times Higher Than All Other Vaxxes!

German site Transparenztest.de has compared the figures for adverse events of COVID mRNA vaccines with other vaccines. The results are nothing less than frightening

Citing the figures in the current safety report of Germany’s renowned Paul Ehrlich Institute (PEI) from December 23, 2021, Transparenztest.de found “frightening” results:
“In the last eleven months, four times as many suspected adverse reaction reports and four times as many deaths in absolute numbers were reported for COVID vaccines alone than in the last 20 years for the totality of all vaccines used in Germany.”
Using the PEI’s latest updated figures, a total of 123,347,849 doses of COVID mRNA vaccine had been administered in Germany up to November 30th, 2021. Correspondingly 196,974 adverse drug reactions (ADR) were reported, of which 1,919 were deaths.
Meanwhile during the period of 2000-2020, some 625,500,000 doses of all other vaccines were given, of which there were only 54,448 ADRs, of which 456 were deaths.
18 times more ADRs per million
When one compares the ADRs per million doses, there were 18 times more ADRs per million doses for COVID mRNA vaccines than for all the other vaccines:

Using the raw data from the December 23, 2021 PEI safety report, DB-UAW database, the above chart is a comparison of COVID mRNA vaccinations up to 30 Nov 2021 (black) vs all vaccines 2000-2020 (gray) in deaths per 1,000,000 vaccine doses. Chart: Transparenztest.de.
In terms of presumed deaths per 1,000,000 vaccine doses, there are 21 times as many deaths with COVID vaccines as with all other vaccines vaccinated in Germany in the period 2000-2020. Expressed as a percentage, that is 2,200 percent.
Huge underreporting
A meta-study by Hazell et. al suggested that the average of “underreporting” in ADR databases was 94 percent. And according to a PEI report, the rate of reported suspected cases may be as low as five percent.
Moreover, according to the FDA and CDC-operated VAERS vaccination database, the rate of reported cases is only one percent. The number of unreported cases is thus estimated at 99 percent. Deaths and injuries are extremely likely far more widespread.
Using the 95 percent figure for underreporting, Germany’s deaths from COVID mRNA vaccines thus would be 38,380 deaths. Note: this figure is only an estimate and an extrapolation based on underreporting.

Also extremely worrisome is that data show how the rate of ADRs rises with each COVID booster shot. The more boosters a patient takes, the greater the risk of suffering an ADR becomes.

Transparenztest.de, raw data PEI safety report December 23, 2021, DB-UAW database. Comparison COVID mRNA vaccination (black) vs all vaccines 2000-2020 (gray) in deaths per 1,000,000 vaccine doses after triple vaccination, (booster). Chart: Transparenztest.de
Transparenztest.de summarizes:
The results are frightening. The difference factor to the other vaccinations increases by a factor of 43. With each additional vaccination dose (booster 4 / 5), the ratio worsens accordingly, or the risk of side effects resulting in death increases. The same applies, of course, to all other side effects.”
See more here: notrickszone.com
Please Donate Below To Support Our Ongoing Work To Expose The Lies About COVID19
PRINCIPIA SCIENTIFIC INTERNATIONAL, legally registered in the UK as a company incorporated for charitable purposes. Head Office: 27 Old Gloucester Street, London WC1N 3AX.