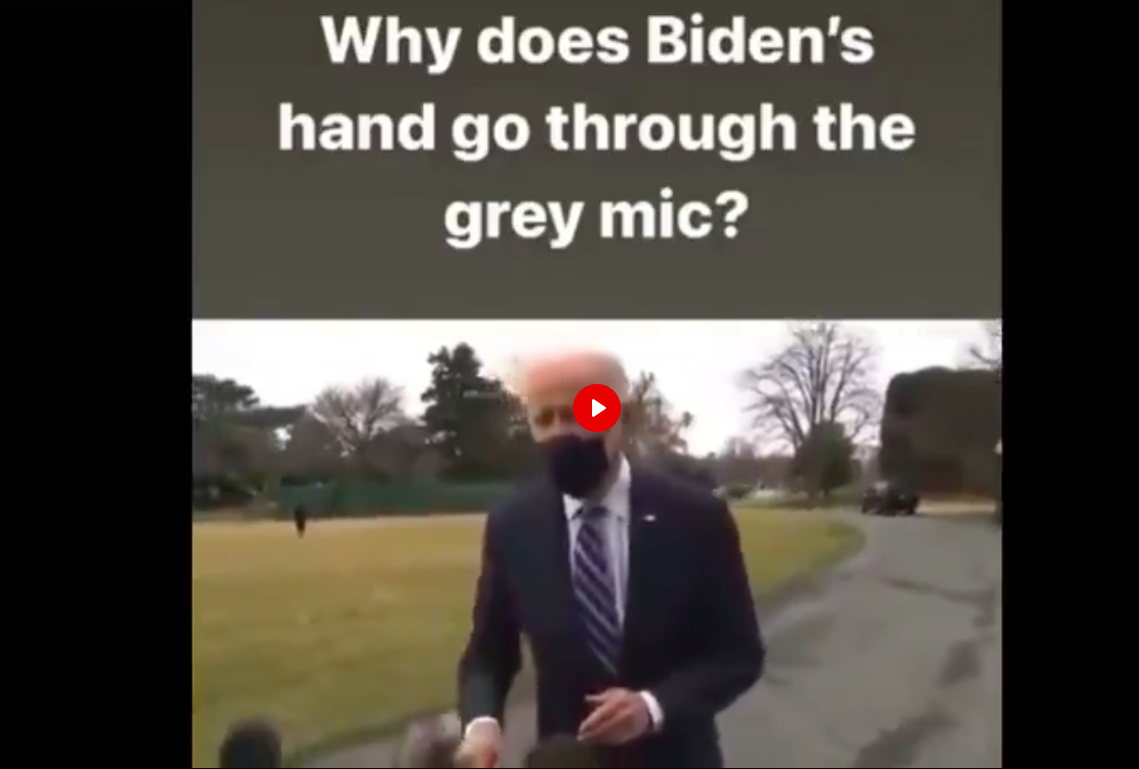 I’m posting this one for my own records here, and I’m just letting you know that whoever put this video together down below didn’t seem to be too concerned about the language. I’m hoping to do a better job of putting a video together like this to more accurately represent the information it demonstrates.

If you want to go to the video in question, namely, the one asking “is Joe Biden A Hologram,” it is right at the bottom of the post. But first, you need to consider the following question.

Could Joe Biden actually be appearing as a hologram?

I know this sounds a little bizarre to some. To others, it seems likely. And I think much of how realistic or possible it is depends on your world view and your trust of the mainstream media.

But if you do see this and are choking on it as a possibility, you might want to ask yourself a question here: namely,

Have you ever seen how REAL a hologram image can be?

Ok. So they can do this. But you still have to ask the quesiton:

WHY would they make Joe appear in hologram form?

Without getting too conspiratorial here, like Biden is dead or something, let’s just go out a little on the limb and say that if they are doing this, the reasons might be understandable.

Joe is frail. He’s actually a guy who tripped three times on the way up the stairs to what is purportedly Air Force One.

And so, if you can’t count on his health or his ability to cobble coherent sentences together, then if you catch him on a good day and record it, then you could produce a hologram before an unsuspecting audience with playbacks of him with prepared answers to pre-submitted questions from the press.

Maybe it’s because his appearances before the press aren’t even real. Maybe he is recorded on a good day – a coherent day – answering questions that are CLOSE to what the question will turn into by the day it is asked, and a replay of a canned answer by a “real” image of the president will convince those who don’t want to believe it is all a sham.

Don’t beleive it is possible? Have you ever seen a 4K hologram generated “real time” image of someone that isn’t real? I bet you have and you don’t even know it.

In the video above, David Nussbaum demonstrates a “mini-me” version of himself in what looks like a phone booth. Check that in the video below, starting at the 2 minute mark.

Also, checkout (in the above video) a concert stage where the musicians are beamed in as holograms to the concert stage. That is in the video, starting at the 6 minute and 40 second mark.

Again, it’s all in the video. My apologies for the language but it does get the point across.

Check it out in the video, above….