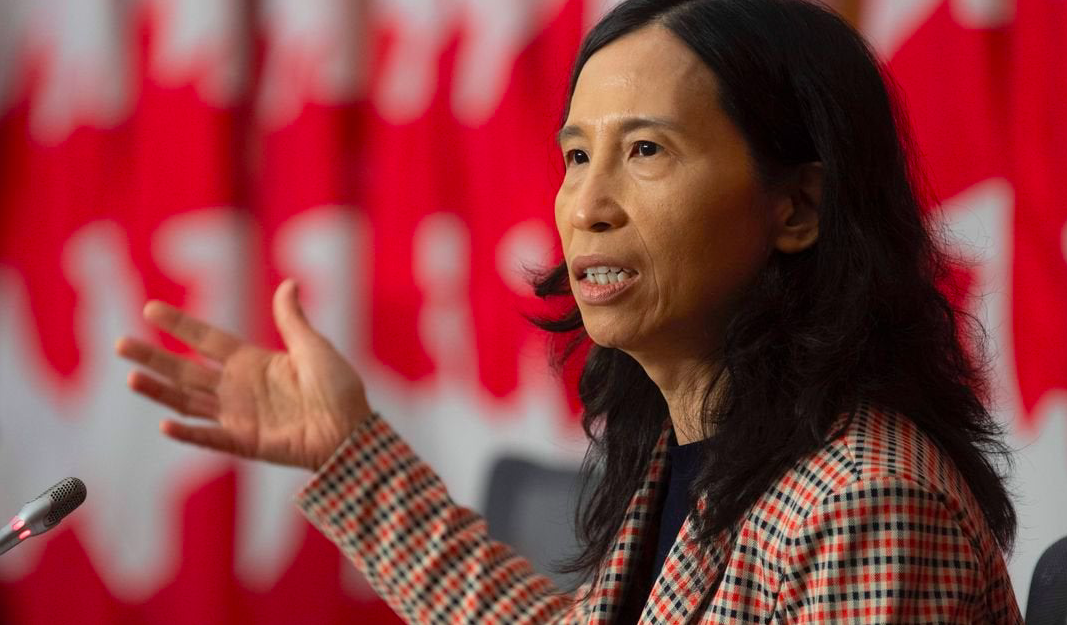 It is stunning. Back in the summer of 2020, the Trudeau government put out bids for internment camps for Canadians, to be located in every province and territory in Canada. Many people questioned the process and what the bids were for.

The Globe and Mail defended him, saying there was nothing to it and no one was going to force detainment of Canadians against their will.

In fact, there was a report about 5 months ago on CBC where Randy Hillier, a member of provincial parliament was questioning the use of these camps, asking if they were going to be used to forcibly detain Canadians against their will. The prime minister himself said there was nothing to it and we should be careful about what news sources we trust. Check it out.

Is anyone surprised the man cannot seem to be trusted?

Here we are, 5 months later. Listen to this summary by Tucker Carlson on the current situation in Canada. Think this can't happen in a free country? A country with a charter of rights and freedoms that seems to prevent this kind of thing?

As of last October, all of the mainstream media was knocking Randy Hillier, saying there are NO internment camps in Canada, and that it was all "overblown" and "causing hysteria."

MSN news on the covid camps:

There is no evidence that the Canadian federal government is using Covid-19 as a cover to construct “internment camps” and forcibly round up citizens. But the theory—sprung from a mix of QAnon-style tea leaf reading and pseudo gotcha journalism—has taken root in the inboxes of Canada and throughout the conspiracy clear web.

Federal COVID-19 internment camps are not a thing in Canada, and any messaging suggesting such is a dangerous conspiracy theory.

That’s the message federal officials are sending to Canadians in the wake of circulating misinformation suggesting that the government will force Canadians into “COVID-19 internment camps.”

There’s no truth to that, says Prime Minister Justin Trudeau.

“There is a tremendous amount of noise and harmful misinformation … on the internet,” he told reporters Tuesday. “We need to hold together and resist people who would sow chaos within our communities and our democracy.”

The federal government is funding voluntary self-isolation sites for people unable to quarantine any other way. These include travel-related quarantine sites and a recently announced Toronto facility to house homeless people with COVID-19 and other vulnerable populations.

“As we work together to keep COVID-19 under control, this new site will help those for whom it’s simply not possible to limit close contacts and self-isolate effectively at home,” Health Minister Patty Hajdu said at the announcement in September.

Well, yeah. But that was last October.

Listen to Tucker Carlson regarding the deal now, 5 months later, if you travel outside of Canada, and return, even as a Canadian citizen.

Trudeau has created chaos at his own borders. Not for travellers entering with tuberculosis or anything. Just for Covid.

Take the plight of a Windsor, Ontario couple that has a long history of crossing the border, but with recent rule changes, has a nightmare on their hands. As reported in the Windsor Star,

Throughout the year-long pandemic, Fareeha Nadeem said she and her husband Nadeem Javed have been able to cross the border — Fareeha, regularly, as a mental health professional categorized as an essential worker and Nadeem, periodically, for treatment for his hypertension medical condition.

The night before the pair’s most recent trip together to Michigan on Feb. 16, she said they reached out to the Canadian Border Services Agency, by phone and on its website, and were assured they were good to go — and to return. Whenever her husband crossed the border, Fareeha said he’d spend the following 14 days at home in quarantine. Fareeha Nadeem and her husband were exasperated by inconsistent treatment at the Canadian border due to ever-changing Covid requirements.

But on the return home that day, Nadeem was allegedly told to return to Michigan and obtain a COVID-19 test. He went back to a Dearborn urgent care facility, obtained a rapid antigen test, returned again to the border with a negative test result but then was told it was “not acceptable.” He was directed to drive to one of the nearest Canadian COVID-19 quarantine hotels in Mississauga. There was an Environment Canada snowfall warning in effect at the time for the region.

Hours into the ordeal, Nadeem’s hypertension flared up and an ambulance had to be called to the border to rush him to Windsor Regional Hospital. Treated there, he was told again he had to quarantine in Toronto, and an ambulance dispatched him there (he was prohibited from stopping at home to retrieve his medication or a change of clothing).

On his third day of being confined to his hotel room — his meals delivered with a knock on the door, and his only visitors the nurses who tested him in full PPE gear — Nadeem was given the green light to go home by any means he wished, including train. His wife said he rented a vehicle for the drive home.

Both educated professionals, Fareeha said the couple was nevertheless too “shy, scared, embarrassed” to raise much fuss at the time over their treatment, which she now describes as “dehumanizing” and a human rights issue. “Something like this has never happened in our lives before — I was scared.”

The funny (or sad) part about this is these quarantine centres are touted as "voluntary."

But it's not voluntary. If you travel outside of Canada, you must (supposedly) provide them information on your plan to self-isolate.

Check out the link to the Canadian government website here.

But for the highlight reel (and this is directly from the page above on the government website):

Federal quarantine applies for travellers entering Canada. If you can enter Canada and you have no symptoms, you must quarantine for a minimum of 14 days.

At this time, you are not excluded from quarantine, even if you have:

Flying into Canada – your quarantine period includes a mandatory 3 night pre-paid booking at a government-authorized hotel at your own cost.

As a traveller, you must demonstrate that you have a suitable plan for quarantine.

So it looks like either you pay your own freight at a "government approved hotel" for three days on your dime, or you "will be directed to a federal designated facility" for the full 14 days.

And YOU are now ending up paying the bill.

See how that works? It started out by the media saying nothing to it. Now the media is faithfully reporting that these people should have known better. All without ever admitting that the questions asked 6 months ago were actually not only legitimate, but turned out to be true.