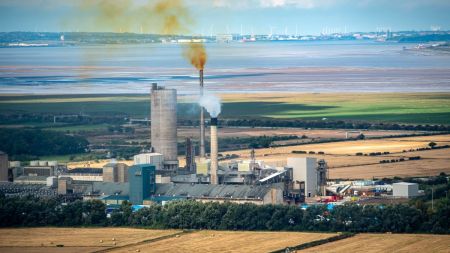 Published on January 3, 2022Written by bloomberg.com

Liquid Natural Gas cargoes have provided relief to spot markets in Europe, but forward prices signal the crunch will last into 2023.

Don’t let the recent meltdown in European natural gas prices fool you. The energy crunch of 2021 will last for years.
That’s what futures traders are betting on, with spot prices dropping a lot more than forward contracts over the past week.
The scale of the moves signal the flotilla of liquefied natural gas cargoes heading to Europe will only provide short-term relief, and prices will still be expensive all the way to March 2023.
Europe is facing an energy crisis, with Russia curbing supplies and nuclear outages in France straining power grids in the coldest months of the year.
While more cargoes are landing in Europe for now, the fate of the market is still hanging on the approval of the controversial Nord Stream 2 pipeline, which President Vladimir Putin says could help cool this year’s 400 percent rally.

“Europe’s gas problem may not go away next year,” Andrew Hill, head of European gas analysis at BloombergNEF, said in a report on Wednesday. “Geopolitical issues and acrimony with Russia, particularly around the Nord Stream 2 pipeline, will increase the scope for Russia to limit flows to Europe in the first half of the year, and potentially much longer.”
Spot gas prices fell almost 40 percent over the past week, while losses for forward contracts were capped at about 30 percent.
See more here: bloomberg.com
Header image: CNN
Please Donate Below To Support Our Ongoing Work To Defend The Scientific Method
PRINCIPIA SCIENTIFIC INTERNATIONAL, legally registered in the UK as a company incorporated for charitable purposes. Head Office: 27 Old Gloucester Street, London WC1N 3AX.