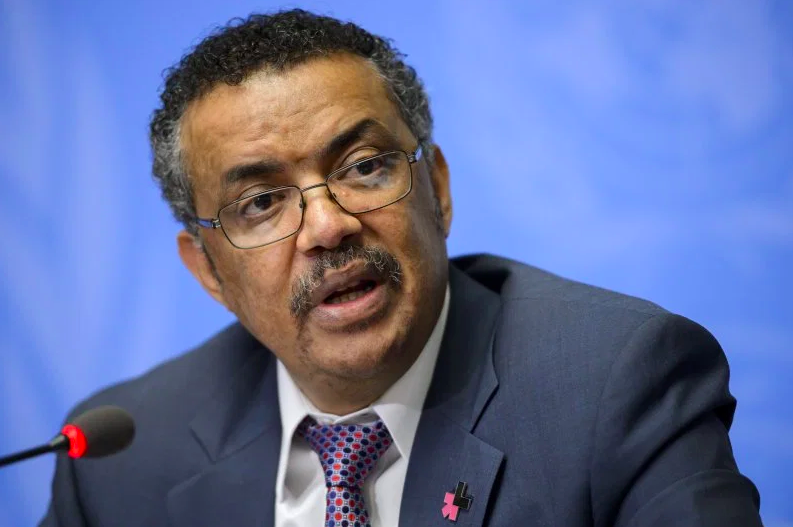 If you've been a fan of the site for any length of time, you're probably up on a lot of the stuff going on these days with the whole Covid-19 mess. But the reasons why the world has gotten into this whole global financial meltdown over something that really shouldn't have gone this way are hard to see when the #MSM refuses to talk about it.

One alarming issue is how Communist China has infiltrated the World Health Organization.

I've been aware of this for a while now. I originally smelled a rat when I was made aware of it by way of an article by John Leonard of Southern Prose. He's a pretty sharp guy and he does some writing for some pretty prominent sites like American Thinker. His (very well written) article is here, if you want some good opinion on the whole situation.

Glenn Beck has a monologue that will show you how the World Health Organization has a communist problem and why they need to clean house.

The only problem is that I can't show it to you directly. You see, it keeps getting pulled from YouTube and stuff. Funny how that happens, huh?

Anyway, if you're logged into the big blue Comrade Zuckerberg FaceThing, then if you click on this link below, you probably should be able to watch it. Try this link or click on the image to watch. I know, I know. Glenn Beck is a conspiracy nut, right?

First of all, there are conspiracies out there. All the time. Second, even a broken clock is right twice a day, right? Third, this guy does his homework. And if you don't like what he says, it doesn't give you license to ignore it simply because it pisses you off.

He tells you in the video it's all documented. But you might not be able to get to HIS documentation. Let's see if I can supply some here for you.

Let's look at some links here that support EXACTLY what he is saying.

After Trump cut funding of the WHO, the WHO accused Trump of politicizing the Corona virus. Yup, yup and yup. Check those links if you wish.

Tedros is the head of WHO but doesn't have a medical degree. True dat. Check it out. He's a politician. He was Ethiopia's minister of foreign affairs - the "Mike Pompeo" of Ethiopia.

"The African Union has ties to communist China." True dat, too. China even seems to brag about it.

"Ethiopia sponsored the 'belt and road' summit. The "belt and road" summit is China's effort to dominate world trade. Yup. True dat, too. Is that problematic for these poor countries that get all this help from China and have no money to pay it back? You betcha.

"The Chinese presence in Ethiopia is staggering."  Yup. That too. Not only is their presence staggering, China is REALLY PROUD OF IT. They even say so themselves.

China is pouring billions into Ethiopian railroads, and Ethiopia is over it's head in debt to the chinese.

Like Glenn said, it's all documented. You can find all this stuff even on the left-leaning and selectively screened Google search engine.

...their goal is to "Reshape the international system to accommodate its political and economic interests. In service of this strategy, China has consistently sought to trade financial incentives for votes, offering bribes and cancelling debts for countries that support them."

Is that true? Really? REALLY!?!?? Well, yes. Washington post reports that China wrote off Cameroon's debt just before they withdrew their candidate to head the UN's "food and agriculture" organization. Vote buying? Influence peddling? Say it ain't so!!!

Do you smell dead rats yet?

China has threatened other countries too. And who sits at the head of the food and agriculture organization at the UN? QU Dongyu from China, of course.

So let's sum this up. A communist from a country beholding to China is heading up the WHO and saying the Covid-19 problem isn't such a bad thing, really. Where's the problem with that?

Seeing all of this, and knowing that China has an interest in world domination, is it so far fetched to think China might try to buy into a depressed market to gain control and power?

Well, CNN even thinks so. Communists lie like cheap chinese rugs. They've done it before. Melamine in baby food, but of course they denied it. Prosecuting, torturing Christians and Uighur Muslims by the BOATLOAD and always denying it.

The pieces all fit together. Everything supports the theory that the leader of the WHO is beholden to China.

It's in the playbook, over and over. So why should we believe the stats from WHO about why we should continue to isolate for another few months when it seems obvious it will destroy our economy but it seems ever more doubtful that we should believe Fauci or the WHO about how dangerous this thing really is?

Write to your senators, your congressmen, your MPs and MPPs and tell them this is long overdue to stop.

They will not be able to push this forever in free societies unless the population lets them by simply doing nothing but waiting for "somebody" to do something.

Be the somebody. Do something. And not just by passing clips around Facebot. Start writing letters and raising your voice. Please. There are LIVES at stake.

Are The Coronavirus Fears Justified By The Numbers?
Did The World Health Organization Change The Definition Of Herd Immunity?
Is Trudeau Selling Canada Out To One World Government?
Tags: Communism, conspiracy, Covid-19, Glenn Beck, Influence pedding, Washington